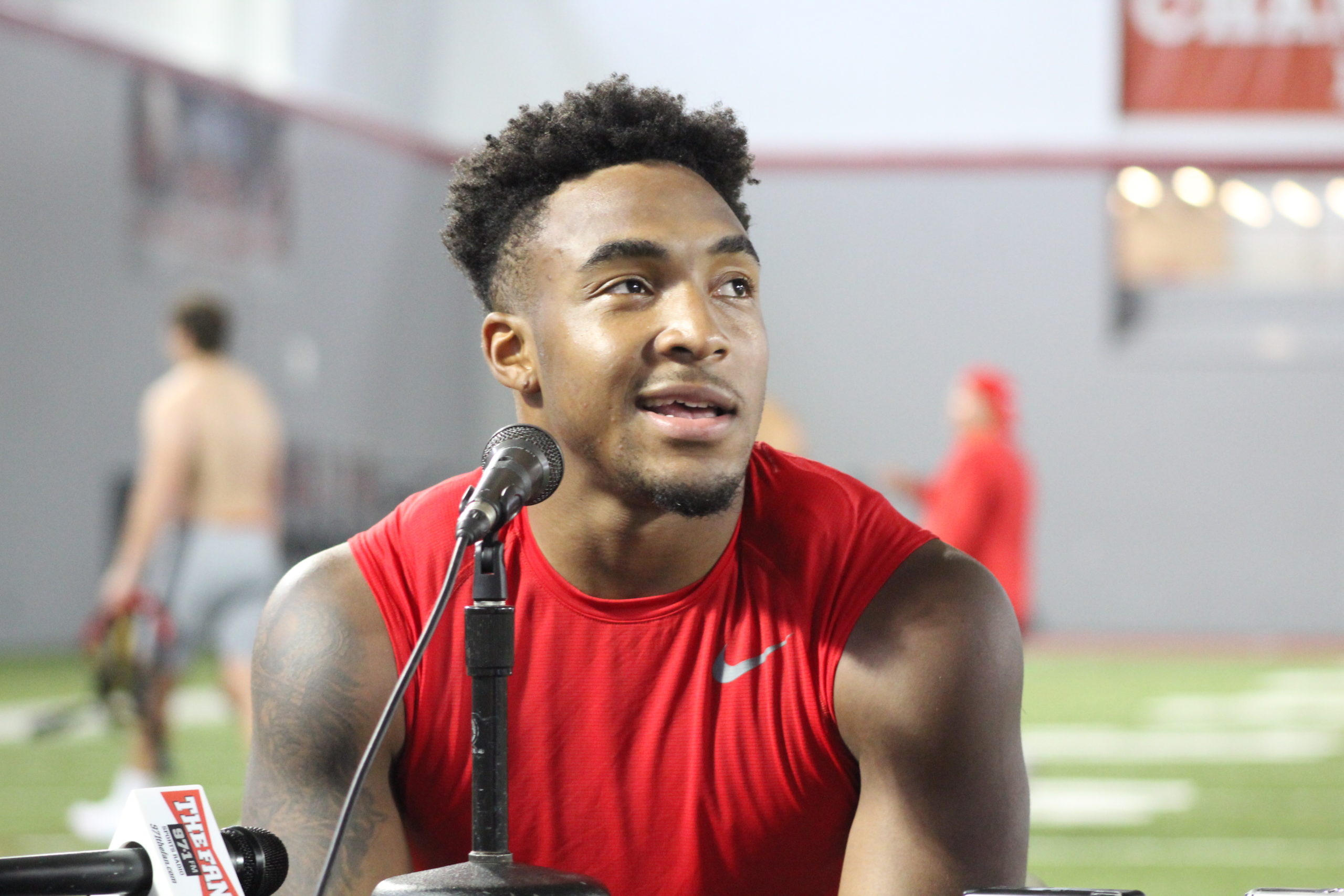 Just one game into last season, it was clear that TreVeyon Henderson was set for great things at Ohio State.

Set as the Buckeyes’ likely starter at running back, the true freshman instead showed off his pass catching ability as well as his work in the open field, taking a dump off pass from C.J. Stroud 70 yards to help put Ohio State’s season opener against Minnesota out of reach.

Two games later, he etched his name into the record books by surpassing Archie Griffin’s single-game freshman rushing record, going for 270 yards on 23 carries (and three touchdowns) against Tulsa, averaging nearly 12 yards per carry on the day.

He continued to impress, eventually rushing for at least 100 yards three times in his first eight career games. Across those contests, he scored 12 touchdowns and averaged 7.9 yards per carry, but then the proverbial freshman wall made an appearance. The final five games of the season saw Henderson rush for just three touchdowns and average 5.3 yards per carry, a far cry from the heights of his freshman campaign.

His yards per carry continued to dip, eventually finishing with just 4.4 and 4.9 yards per carry against Michigan and Utah, respectively, in Ohio State’s last two games of the season.

While Henderson did not find the same success in the second half of the season, he still capped off his record-breaking campaign by breaking Maurice Clarrett’s freshman touchdown record, finding the end zone for the 19th time against Michigan to surpass Clarrett.

He ultimately finished with 1,248 yards on 183 carries, good for 6.8 yards per carry, and accounted for 19 total touchdowns (as well as 312 receiving yards). His rushing yards landed him at 23rd in the country, and his 19 total touchdowns were 10th in the nation.

Even with the impressive final statistics, running backs coach Tony Alford acknowledged that Henderson had to contend with the freshman wall throughout the season.

“He was banged up a little bit. I do think he hit a little bit of a freshman wall,” Alford said. “You know, you’re talking about a guy that played football as a junior in high school. The next time he put on a helmet, he was playing in college. Missed his entire senior season. We thrust him into this situation. I think in a lot of ways his biological clock and playing football, he was tired.”

With a full offseason to recover and a year in the program under his belt, expectations are high for Henderson entering his sophomore campaign. He was named to preseason watch lists for the Doak Walker and Maxwell Awards, and was named a Walter Camp Preseason All-American, all signs that he should be among the nation’s best players this season.

As the hype continues to build in and out of Columbus for the superstar sophomore’s second act, perhaps nobody has a better outlook for Henderson than himself.