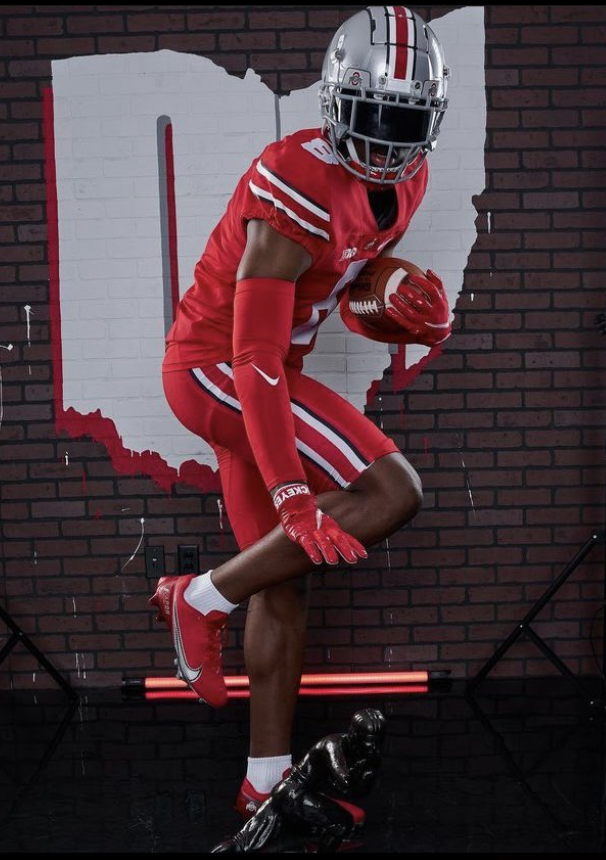 Ohio State picked up its first linebacker commitment of the 2023 class on Saturday.

Cleveland Glenville four-star linebacker Arvell Reese (6-3, 212) announced his intention to join the Buckeyes on Twitter. Reese is the No. 20 linebacker and No. 7 recruit out of Ohio in the class, according to 247Sports composite score. He picked Ohio State over Alabama, Iowa and Penn State, among others.

Reese’s commitment comes on the heels of the Buckeyes missing out on a pair of four-star linebacker targets in Many (La.) Tackett Curtis and Tampa (Fla.) Troy Bowles.

Reese received his scholarship offer from the Buckeyes on March 8.

“Arvell Reese has one of the bigger frames among the group, checking in at over 6-foot-3 and around 225 pounds with close to 33-inch arms. Reese pairs that size with good athleticism and posted a 4.59 second 40-yard dash at Ohio State’s camp this summer,” On3 recruiting analyst Charles Power said. “He’s had a bit of an up and down high school career to date, but has flashed considerable physical upside and potential.”

With the addition of Reese, Ohio State has the No. 3 recruiting class in 2023 — including one five-star, 16 four-stars and two three-stars.