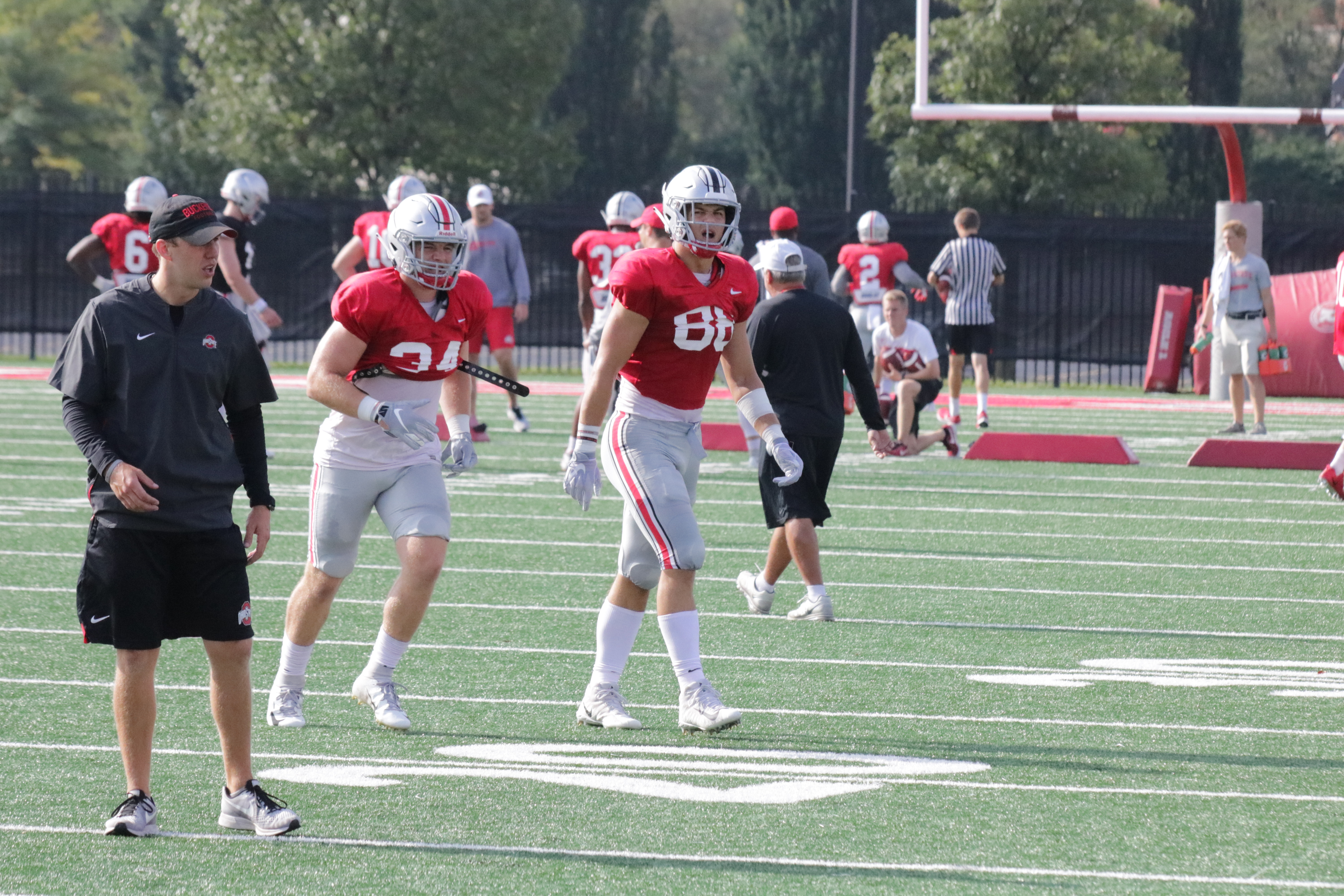 Tight end Jeremy Ruckert logged 10 games as an Ohio State freshman in 2018 but recorded just one reception for 13 yards, which might leave some to assume he had little influence on the Buckeyes’ 13-1 season.

Truth be told, though, his immediate impact went beyond the numbers.

While the four-star recruit out of Lindenhurst, N.Y., had hype when he signed to OSU last December and enrolled in June as the 247Sports composite’s No. 37 overall prospect, No. 2 tight end and No. 1 player from New York for 2018, Ruckert entered the offense blindly after his four high school years featured him at wide receiver.

“Coming out of high school, I never even really played tight end,” Ruckert told BSB in December. “My first time playing tight end was in June when I got here, so they really took me under their wing. (The tight ends) really started teaching me around, getting the experience.

“I was more of a receiving guy coming out (of high school). So it’s been a great year getting my nose dirty and getting in the trenches.”

Ruckert’s lone reception came Sept. 1 in Ohio State’s 77-31 rout of Oregon State to start the campaign, but he picked up on his tendencies elsewhere as the Buckeyes’ offense took off, particularly at tight end.

While offensive coordinator/tight ends coach Kevin Wilson was among OSU’s contingent of believers in Ruckert’s raw ability and potential role, the first-year tight end needed time to learn the ins and outs as he navigated his new position.

Luke Farrell and Rashod Berry stuck atop the depth chart with complementary skillsets, but the position grew stronger as Ruckert caught on behind the two, becoming an asset in heaver formations and goal-line sets, where he showcased his improvement as a run-blocking tight end down the stretch.

“Everything’s a first-year experience for me,” Ruckert said. “I took this whole first year learning from my brothers and the tight end unit. They really had my back the whole way.

“I really just followed their lead, man. We we’ve got a strong, tight bond with the tight end unit. This year’s just been a big learning experience for me.”

From the position coach to the three rotators and even the reserves — Jake Hausmann, Derrick Malone and Brock Davin — all of Ohio State’s tight ends are slated to return in 2019.

With winter workouts underway since Jan. 17 and spring camp set to start the week of March 4, Ruckert remains hungry in the weight room, where he gave credit to Mick Marotti and the Buckeyes’ strength staff for his constant physical climb.

While the grind continues from the bench press to the squat rack with two weeks left until he straps on his helmet and pads for OSU’s upcoming practices, Ruckert attacks every element of tight end as he perfects his craft.

“Everything’s been an adjustment,” the 6-5, 240-pound Ruckert said. “I’m playing against the best guys in the country every week, so running routes and everything else is different. Obviously, I kind of excel in that (receiving tight end) area.