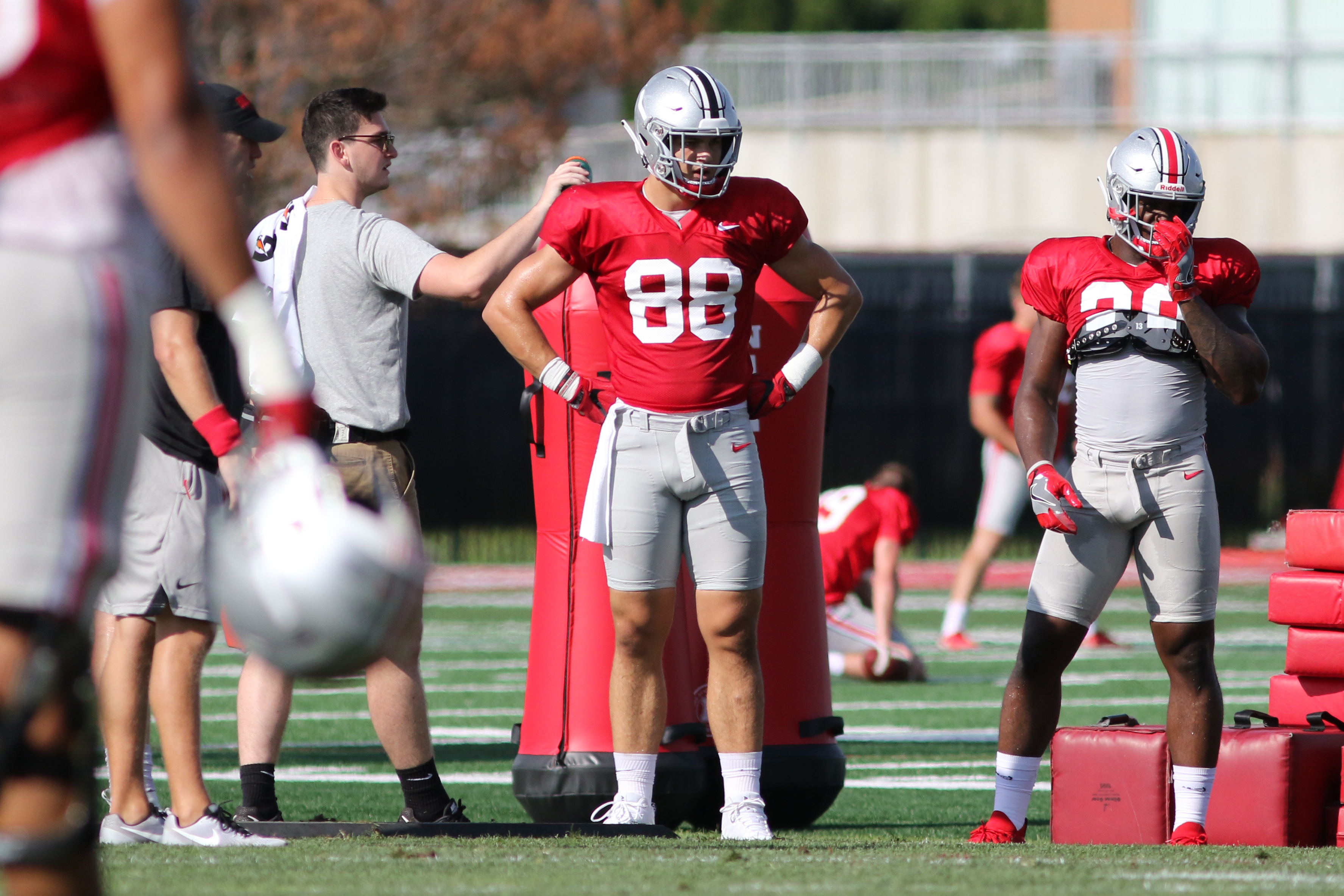 Every year someone claims that it will finally be the “Year of the Tight End” at Ohio State. In most cases, those expectations aren’t met.

Through six games in 2018, the tight ends have rarely been involved in the pass game for the Buckeyes. Starter Luke Farrell, a sophomore, leads the group with three catches for 32 yards and a touchdown. Junior Rashod Berry has just one catch for a 6-yard score and freshman Jeremy Ruckert has one reception for 13 yards.

With its Farrell and Berry getting most of the playing time so far in 2018, the third man in that group has been billed as a future star, and he might be making a bigger impact sooner rather than later.

“He’s exactly what you look for in recruiting,” head coach Urban Meyer said of Ruckert. “He’s got a great future here.”

Meyer noted that Ruckert’s playing time is up to offensive coordinator/tight ends coach Kevin Wilson and Tim Hinton, who is a special assistant to Meyer and a former tight ends coach. Ruckert played 23 snaps in each of the season’s first two games, then didn’t see the field against TCU. In a blowout win over Tulane in week four, he played 22 snaps.

After that, though, the coaching staff started to trust Ruckert in crunch time. He played just two snaps against Penn State, but on one of them he delivered a key block on a screen pass to J.K. Dobbins that resulted in a touchdown, giving Ohio State a third-quarter lead in the eventual 27-26 victory in Happy Valley. Then, last week against Indiana, Ruckert played 10 snaps with the first-team offense.

Always billed as a talented pass catcher – Ruckert was the No. 2 tight end recruit as a four-star prospect in the 2018 class, according to the 247Sports composite – he needed to improve as a blocker to see the field. That’s what he’s done this season, and his role will likely only grow going forward.

“He’s been doing great,” Farrell said of Ruckert. “Ever since he got here this summer, he just wants to get better. It’s awesome. He’s doing everything he can to get better physically, mentally.”

As the top-rated tight end recruit in program history, Ruckert was billed by many as a likely starter from day one. That didn’t materialize – mostly due to the development of Farrell – but he could still be in line to be a key player down the stretch. Farrell said Ruckert has done a good job of putting his head down and going to work despite the high expectations.

“He’s handled it really well,” Farrell said. “It’s tough for a tight end to come in and start at this level. It’s tough to develop and him coming in as more of a receiving guy.

“My mindset was I can’t wait to get him here and see what he can do. He’s definitely exceeded expectations. His improvement has been great.”