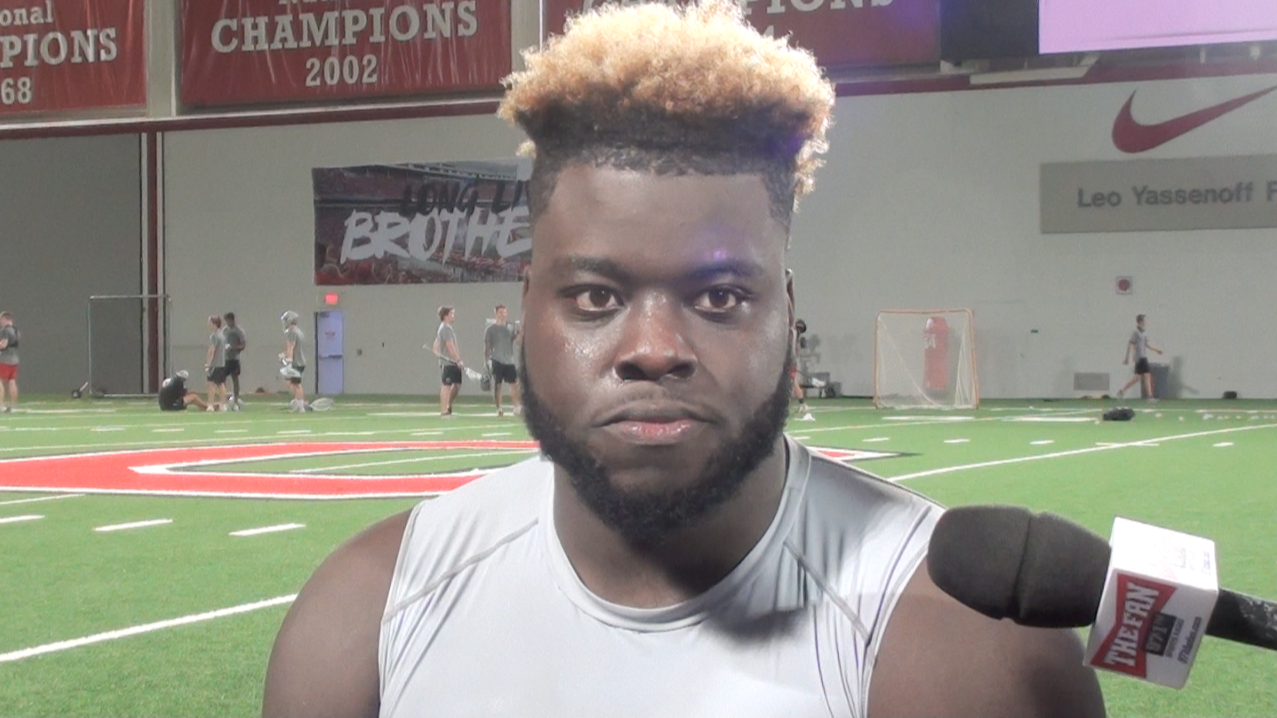 Prior to Saturday’s noon kickoff on Fox Sports 1 from Ohio Stadium, the five players provided midseason assessments and previewed the latest Big Ten tilt as the No. 3 Buckeyes (6-0, 3-0) get set for the Golden Gophers (3-2, 0-2).

“It’s not so much as frustrating as it is one of those things where it’s the next man up. Getting a little banged up here and there is a part of the game, so that’s why we all prepare the exact same way. We take the amount of reps that we take what we do seriously. So it’s time to work on your craft on a day-to-day basis, we try to enhance it as much as we can so when someone does go down or get hurt, (whatever) the situation, next guy’s ready to play.”

On why the lack of production in the game with running backs J.K. Dobbins and Mike Weber…

“I think the run game can definitely use some work. You’re never perfect. There’s always things we can improve on. But it is hard to run the block. I think a lot of defenses (are) worried about (junior) Mike and (sophomore) J.K. as two dynamic runners, so they usually load the box against us, a lot of times running the ball. That’s why we’ve been throwing the ball a little bit more, but it could definitely use some work.”

“I think I’ve proven myself blocking and pass pro(tection) in the interior and everything. I made a big leap my freshman spring and that following fall. I thought I did a lot to make my name there.”

“I came in as a tight end and moved to defense (at defensive end) and came back to offense. I just feel like everything is for a reason. God has God’s plan, just put me back here for a reason and I finally noticed it, found my role to help the team and now I’m finally playing to help the team this year.”