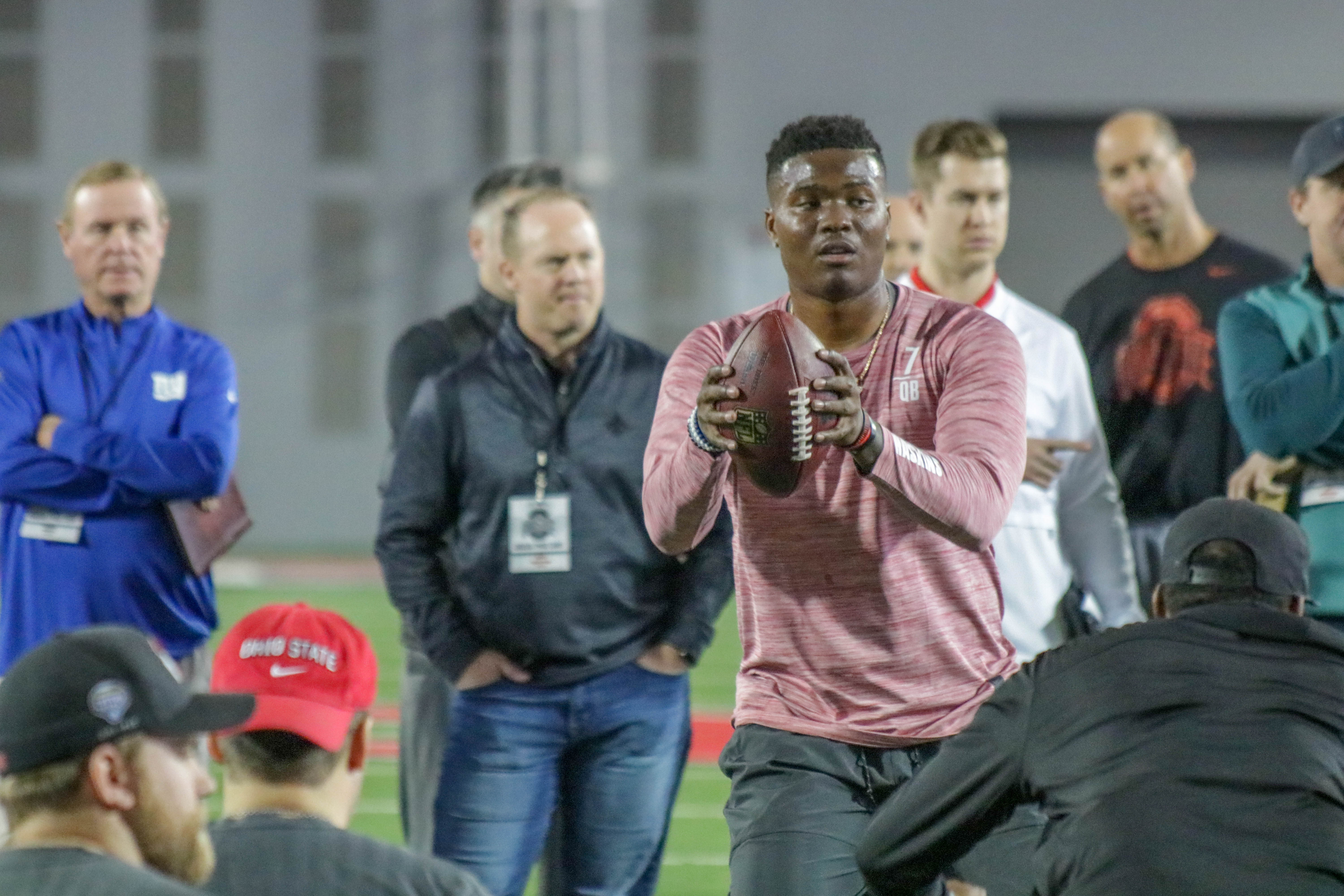 Ten days before commissioner Roger Goodell walks onto the stage and opens the NFL draft April 25 in Nashville, Tenn., a top-10 team has a former Ohio State star in its building for a multi-day visit.

OSU product Dwayne Haskins (2016-18) is in East Rutherford, N.J., for a two-day trip with Giants brass as New York begins its offseason workouts at the Quest Diagnostics Training Center.

Head coach Pat Shurmur confirmed the news of the Buckeyes’ 2018 starter being in town for the visit Monday during a press conference with local media.

With the No. 6 overall pick in the draft’s first round, the Giants are considered among the likeliest destinations for Haskins.

“They definitely have shown interest and it’s not up for me who gets to pick me,” Haskins said March 20. “So I’m going to give every team everything I’ve got in all the meetings and all the workouts I have coming up to the draft. To be able to even be considered by New York as a kid growing up as a fan, it’s just a true blessing.”

New York’s monitoring of Haskins has been a hot topic since he announced his declaration Jan. 7, leading to the NFL scouting combine March 1-2 at Lucas Oil Stadium in Indianapolis.

As the process winds down before the draft, which kicks off next Thursday at 8 p.m. ET on ABC/ESPN/NFL Network, Haskins’ recent meetings featured an April 2 visit to the Woody Hayes Athletic Center in Columbus made by Oakland Raiders head coach Jon Gruden.

Haskins followed with trips to see the Washington Redskins and Denver Broncos the week of April 7-12.

Haskins decided to host a viewing party in Potomac, Md., with family and friends rather than spend the night of the draft in Nashville.

He was back on campus Saturday at Ohio Stadium for the Gray’s 35-17 win over the Scarlet in the Buckeyes’ spring game and briefly explained his decision to Big Ten Network sideline reporter and former OSU linebacker (2002-05) Bobby Carpenter during a mid-game interview.

“I’m really excited,” Haskins said. “I get to go home, spend time with my family, hear my name called, so I’m looking forward to it.”