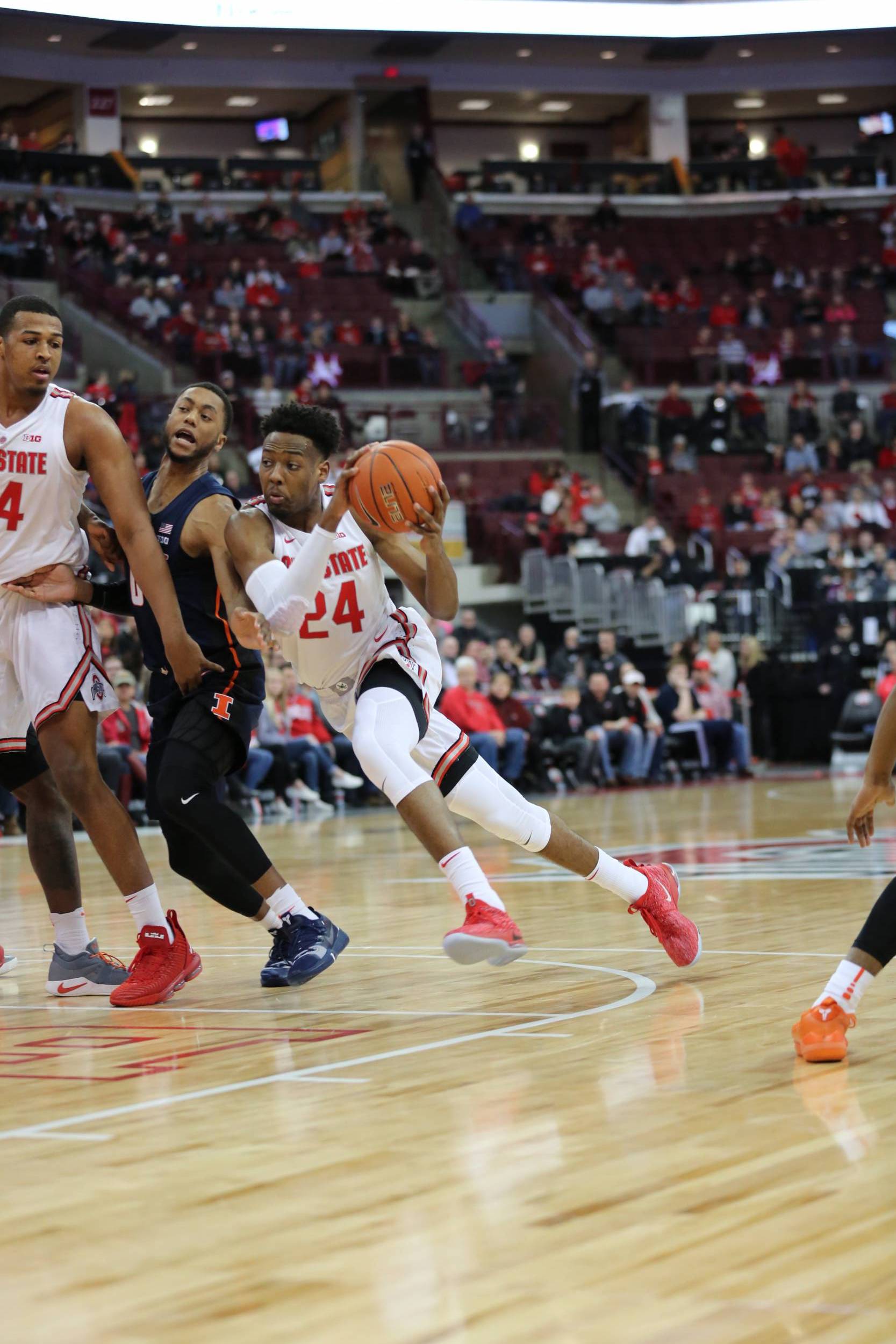 The Big Ten schedule is a gauntlet, and when six of the teams are among the nation’s top 25, losing to an unranked opponent is inexcusable for a team with NCAA Tournament hopes.

“All losses hurt, but this one we needed to have,” junior forward Andre Wesson said. “And for us not to be prepared, that’s on me and us older guys. It can’t happen.”

The Buckeyes shot just 36.2 percent from the field and went a putrid 2 of 13 from behind the three-point line, and committed 18 turnovers against the Fighting Illini. Based on those stats, it’s surprising they didn’t lose by more.

While its 6-7 record in the Big Ten could be worse, it might be misleading. Ohio State has not fared well against the conference’s elite, marked by a 0-5 record against Big Ten teams currently in the top 25.

“We were .500,” Wesson said of the Buckeyes’ conference record. “We’re still trying to make the NCAA tournament. We’re not a lock. So any game we play, we’ve got to have right now.”

The Scarlet and Gray knew the matchup with the Illini could be pivotal for a ticket to the Big Dance. However, poor shooting and a multitude of turnovers led to a disappointing performance on Valentine’s Day. The Illini are not as bad as their record indicates, winning five of their last six, including upsets of then-No. 13 Maryland and then-No. 9 Michigan State.

While Wesson expressed his disappointment in the significance of losing a game the Buckeyes specifically had to have, head coach Chris Holtmann emphasized the sting of every defeat.

“A loss is a loss,” Holtmann said. “People look at it differently. I’m disappointed after every loss, whoever it is, whatever time it is or whatever point in the season.”

The NCAA Tournament appears to be on their mind, but the players know they need to focus on playing better basketball or what is now a possibility could become pipe dream. While the team’s tournament chances were clearly on Wesson’s mind after game, Holtmann remained focused on the tangible.

“No, no, we won’t talk about (the NCAA Tournament),” Holtmann said. “We’ll talk about getting better. And a lot of team would like to be in the bubble picture, including the one we played tonight. I think for us right now, our focus is not on bubble or anything like that. Our focus is on getting better and improving and growing. That’s our focus as coaches.”

The Buckeyes will need to rebound quickly — five of their final seven foes are top-25 teams. No. 11 Michigan State, No. 12 Purdue, No. 20 Wisconsin, No. 21 Iowa and No. 24 Maryland await, along with unranked Northwestern.

Ohio State must beat the Wildcats, who are 12-12 overall and 3-10 in the the conference. The Buckeyes will most likely also have to pull off upset wins against a few of their ranked opponents to punch a ticket to the tournament.

ESPN’s Bracketology with Joe Lunardi has the Buckeyes currently slotted in as an 8-seed and CBS Sports projects Ohio State to lock up a 9-seed. However, with the gauntlet of Big Ten play only becoming more difficult, the Scarlet and Gray face an uphill battle to make the tourney.