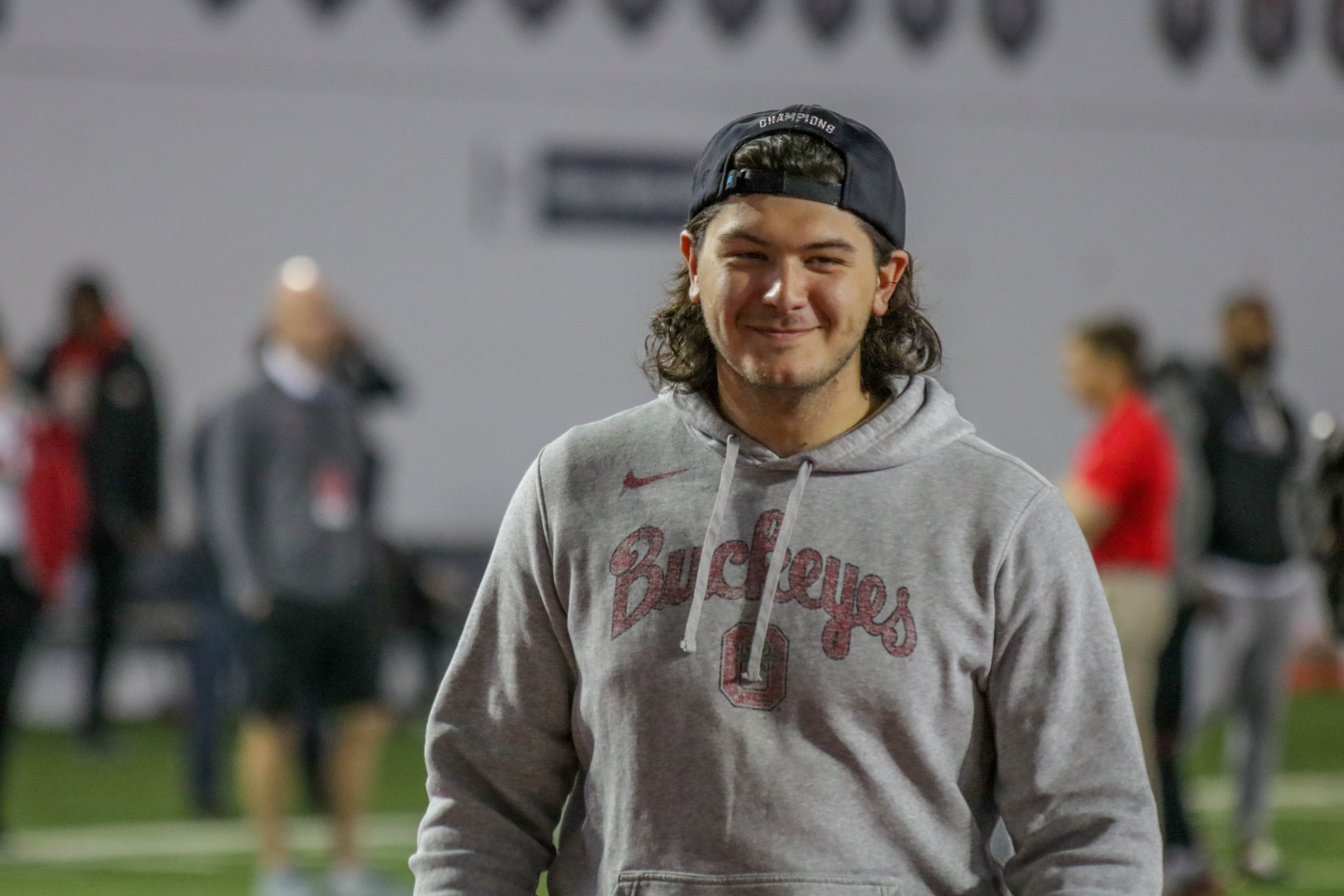 After seven years of guidance under Urban Meyer, Ohio State’s special teams underwent a transition in the offseason when Ryan Day took over as head coach and retooled the staff along the way.

Among the moves, Day hired Matt Barnes to fill the Buckeyes’ void at special teams coordinator and assistant secondary coach.

The emphasis on special teams has been especially important for OSU with Barnes, who follows Kerry Coombs (2014-17) and Taver Johnson (2018) in the coordinator role.

“Coach Barnes has a ton of energy,” senior long snapper Liam McCullough said last Friday at Ohio State’s seventh annual job fair. “He’s a lot of fun. He brings a sort of element of humor to the special teams room. Similar energy to Coach Coombs. Little bit different, in terms of his kind of demeanor, but the guy’s a genius. He knows his stuff, he knows our program, our scheme and our culture very, very well and he connects great with the guys.”

On top of his duties with new co-defensive coordinator/secondary coach Jeff Hafley in the defensive backfield, Barnes enters a pivotal position after OSU had Meyer heavily involved from 2012-18.

Transparency with players from day one helped build bonds between Barnes and specialists — including junior punter Drue Chrisman and junior kicker Blake Haubeil — and put everyone in the room on the same page before a pivotal spring camp kicked off March 6 and wrapped up April 13.

“So he’s really working on helping us — not only on the field, but off the field as well. He was coming up to me, patting me on the back and kind of being a wing man at some of these (job fair) tables today and he’s just a phenomenal guy — great family man, his wife’s incredible — he’s having the DBs and the specialists over for dinner and we’re about to go on a specialist golf outing next week, so that’s going to be a lot of fun. It’s just really nice. It’s really nice.”

Barnes leads Ohio State’s special teams on the surface, but Day has had to ramp up his own oversight of the unit since he replaced Meyer at the helm.

After the Buckeyes announced Meyer’s retirement and Day’s succession Dec. 4, the two-year offensive coordinator and quarterbacks coach’s transition went into effect before Jan. 2.

Ahead of OSU’s Jan. 1 Rose Bowl game against Washington, a 28-23 win, Day studied how Meyer and the coaches on special teams operated during practices from Columbus to the Los Angeles area.

“We noticed Coach Day kind of sitting in on some meetings and is really immersing himself in special teams,” McCullough said. “He was out there for the walkthroughs. Typically, on a Friday before a game, when we do our walkthroughs, special teams stays out afterwards with Coach Meyer. Offense and defense go inside. And we noticed Coach Day was just hanging out more, listening and observing. And he really is a lifelong student.

“He’s an offensive genius and he’s really into it. He’s in the front row of every special teams meeting and he listens and he asks questions to Coach Barnes, to players and he adds insights when he can. And he really has kind of brought that head-coaching mindset, that offensive mindset to special teams and it’s been really interesting to have him in meetings.”

With veterans in place as Chrisman, Haubeil and McCullough all return — plus key gunner cornerback Jeffrey Okudah — Ohio State’s personnel and staff mesh together, putting special teams under Day and Barnes in an optimistic position once the transition comes full circle in the fall.

“It’s been really productive, really cool, because obviously Coach Meyer — special teams, that was his baby, especially punt and kickoff,” McCullough said. “That was his baby, so he had his hands in everything. And Coach Day is showing us, as players — but also the team — that special teams still is important as it has been at Ohio State for years.”