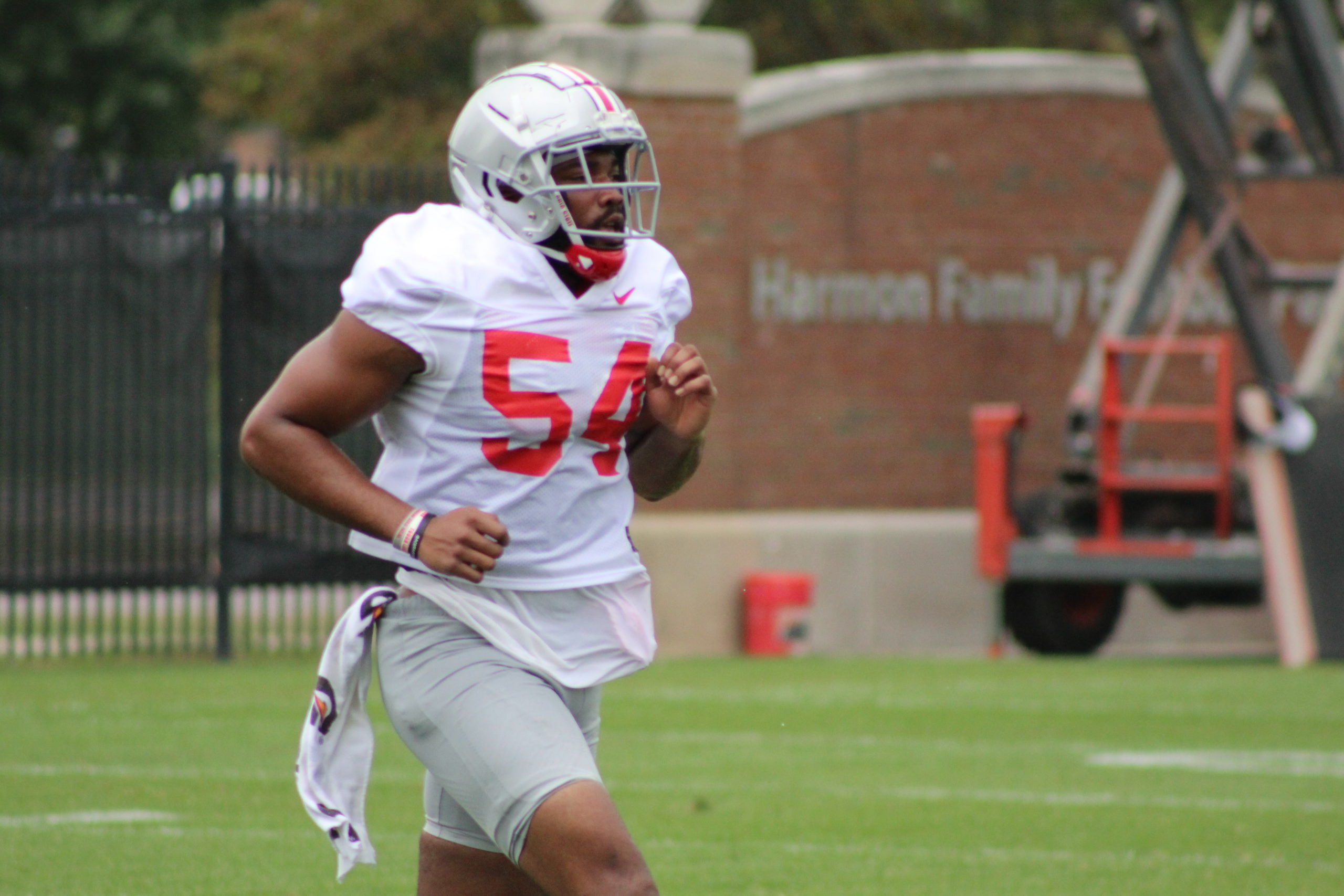 No message has been parroted more this offseason from Ohio State than a need for more toughness, discipline and skill within the program, and that onus mostly falls on the defensive side of the ball where the Buckeyes had clear deficiencies last season.

Most know what to expect from Ohio State’s offense, with a healthy dose of quarterback C.J. Stroud, running back TreVeyon Henderson and wide receiver Jaxon Smith-Njigba set for the Buckeyes, but the defense remains largely an unknown quantity – not in terms of players, of which Ohio State returns the majority of its contributors from last season – due to the new scheme of defensive coordinator Jim Knowles.

An early look at the defense has already been provided throughout the first two fall camp practices for the Buckeyes, but head coach Ryan Day said Thursday that the team will have a better feel once the pads get put on this weekend.

“The understanding of the defense and where guys are at — how quickly they are fitting things the right way, how fast they are reacting,” he said. “You can tell by their confidence, too. When they are anticipating instead of reacting. The technique and fundamentals are still critically important, and that’s our base foundation for everything. If we don’t have that, nothing works.”

“The days in helmets are good to see organizationally,” he continued. “We have guys flying around and giving good effort, but we will have a better idea once the pads are on and we get to blocking and tackling and scrimmaging.”

The defense was installed in the spring by Knowles and company and will be fine tuned over the next month, where Ohio State will participate in 25 preseason practices. Each one of these practices will be of the utmost importance considering the quality of the Buckeyes’ season-opening opponent in Notre Dame.

It’s a challenging opening outing for a team looking to find a new identity centered on toughness, which means this preseason will have to replace any potential warmup game that would normally exist early on Ohio State’s schedule.

“There will be times when we will need to work with each other,” Day said. “The offense will give the defense something they need, and the defense gives the offense something they need. There are times when the offense and defense will go up against each other. It’s not really schematically because Jim does a great job with that, and I think we’ve done a good job of that over the years. It’s more about the fundamentals of lining up and finding out who has a better pad level and finish and who is tougher.

“That’s where the competitiveness happens,” he continued. “That’s where you learn. The scheme is very important but effort and pad level and toughness — those types of things — are more important.”

Day said at Big Ten Media Days that he expects Ohio State to have a top 10 offense this season, a far cry from last season’s defense that ranked 38th in scoring defense and 59th in total defense. While it may be a lofty goal considering the new moving parts on the defense, it’s one that Day said is in line with the expectations that should exist at Ohio State.

“The expectation — and somebody asked why it has to be top 10 — I’m not saying it has to be. That’s only an expectation, and it’s the same for the offense. Ohio State should have a top 10 special teams, too,” he said. “We want to be the best in the country at what we do, and we should be held accountable for that. That’s the goal, and that’s what we are working for to make sure it happens. If we have a top 10 offense, defense and special teams, that will give us a chance to reach our goals.”