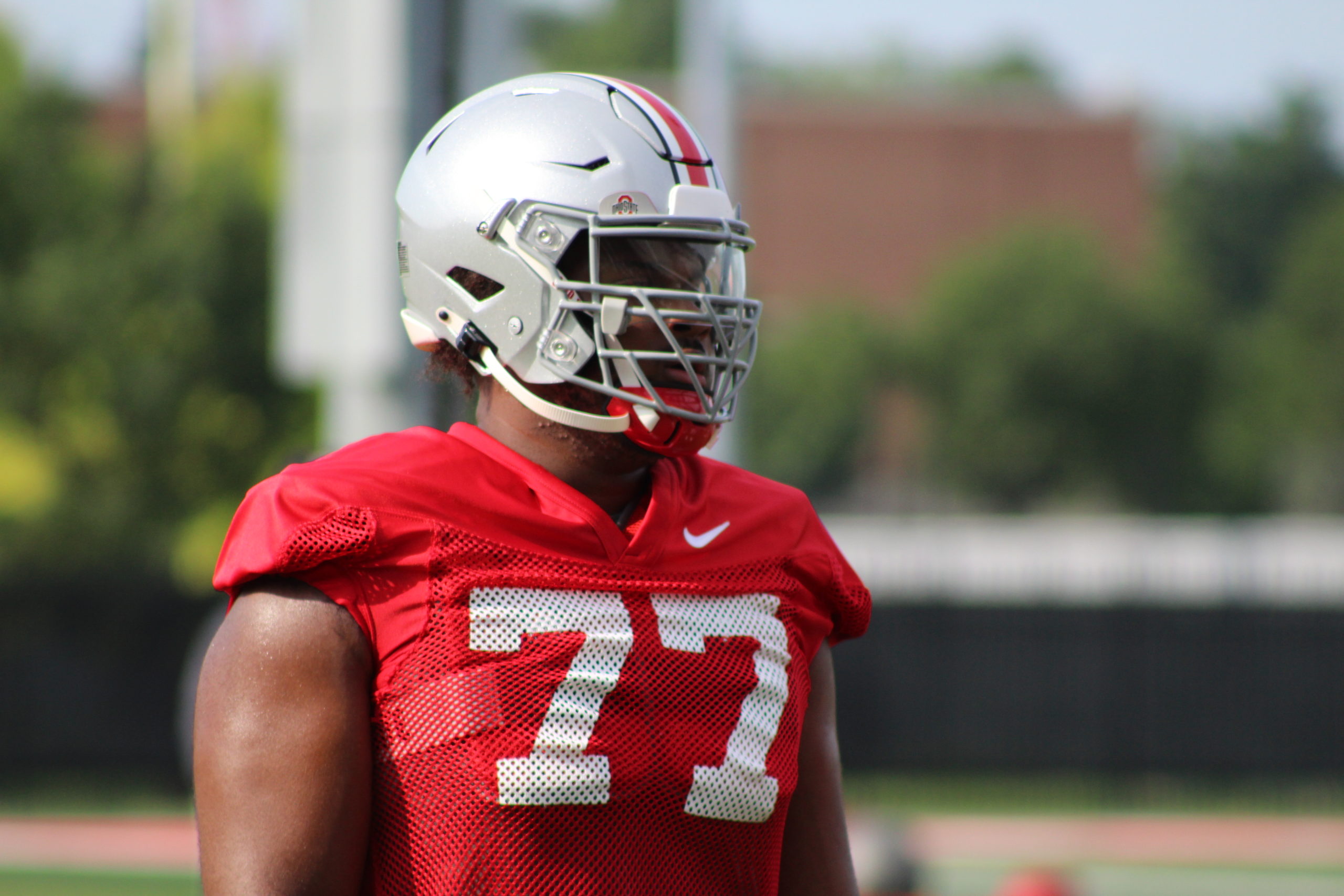 Ohio State kicked off preseason camp on Thursday morning with several practice periods available for the media to watch. Buckeye Sports Bulletin was in attendance and noted several observations from the Buckeyes’ first fall camp session that has important implications for the upcoming season.

The most notable revelation was how Ohio State views the three-deep on the offensive line. The starters for offensive line coach Justin Frye were as expected – from left to right, it was Paris Johnson Jr., Donovan Jackson, Luke Wypler, Matthew Jones and Dawand Jones.

From left to right, the second unit was made up of Zen Michalski, Enokk Vimahi, Jakob James, Trey Leroux and Josh Fryar. Fryar is likely the sixth man in terms of depth if one of the starters were to go down, with Vimahi as another flex behind him.

The third team included, from left to right, Avery Henry, Ben Christman, Toby Wilson, Jack Forsman and Carson Hinzman. Both Henry and Hinzman are true freshman, with Hinzman only arriving this summer, so it’s been an impressive ascent for the four-star prospect out of Saint Croix Central in Hammond, Wisconsin. Grant Toutant and Ryan Smith also ran drills after the first three units.

The Buckeyes also showed off their depth on the defensive line on Thursday. The first unit in individual drills was manned by veterans Zach Harrison, Taron Vincent, Jerron Cage and Javontae Jean-Baptiste. Fifth-year defensive end Tyler Friday participated in individual drills after missing all of last season with a torn ACL. Friday worked in with the second defensive line along with Tyleik Williams, Ty Hamilton and Jack Sawyer.

The third team was headlined by sophomore defensive end J.T. Tuimoloau, Jaden McKenzie, Mike Hall and Kenyatta Jackson. It is safe to assume that these units are not set in stone, but they show just how deep Ohio State’s defensive line room runs.

Beyond those mentioned, an Ohio State spokesperson said that everyone on the roster was available with the exception of linebacker Mitchell Melton, who suffered a season-ending injury in the spring game.