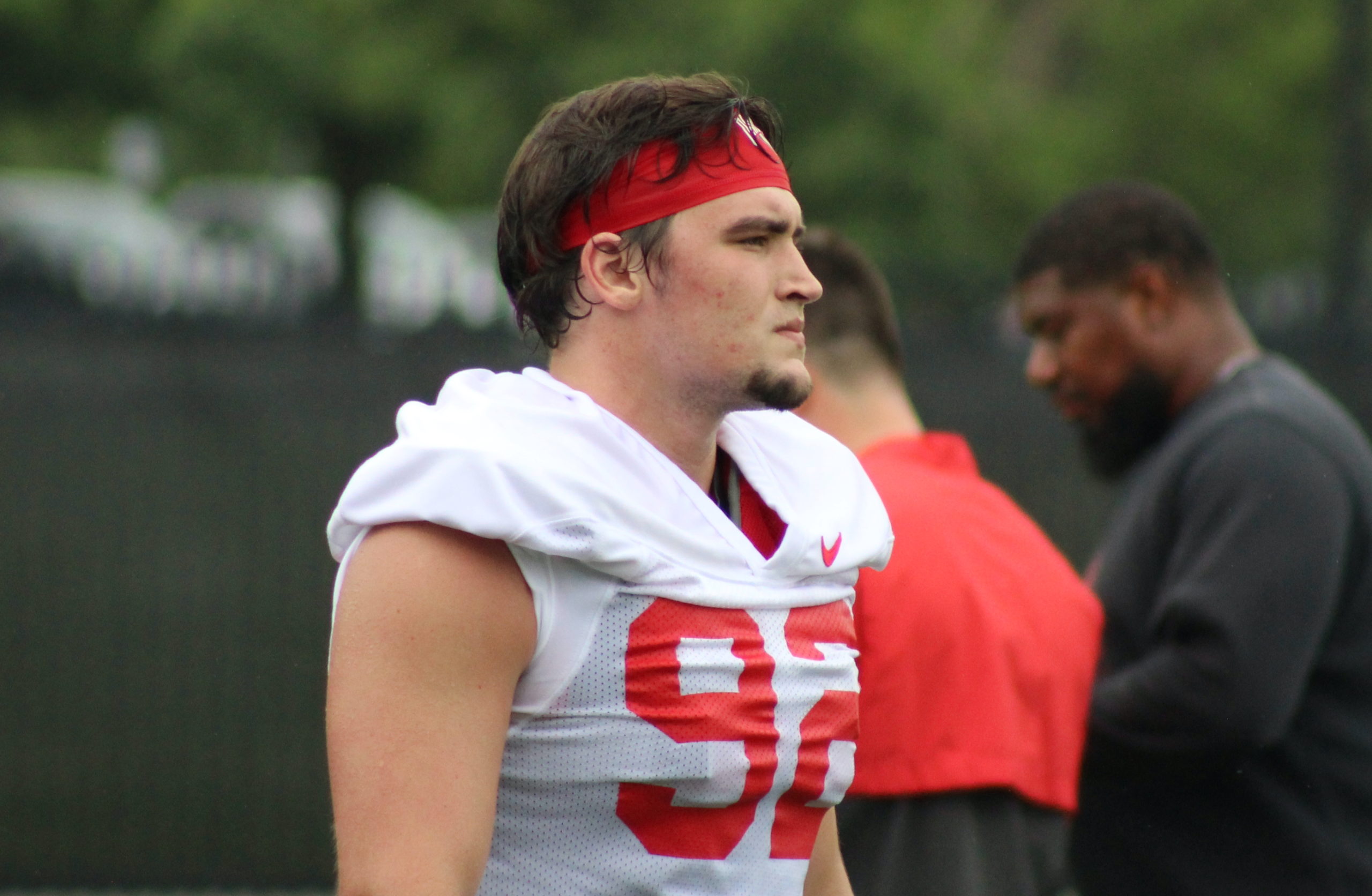 Ohio State endured the second day of fall camp on Friday, with the Buckeyes’ season opener against Notre Dame fast approaching. While defensive coordinator Jim Knowles spends this time installing his 4-2-5 defense in time for their clash with the Irish, the Buckeyes’ defense continues to get acclimated to the new-look defense.

One of the most notable changes from previous defensive coordinator Kerry Coombs and Knowles’ defense is the addition of the ‘Jack’ position, which serves as a defensive end/linebacker hybrid. Several Buckeyes have vaulted themselves as prime candidates for the position, but only one has worked with both the linebacker and defensive line units: freshman Caden Curry.

Curry, who shed his black stripe on April 11, practiced with Knowles and the linebackers on Thursday before shifting over to the defensive line on Friday. He was one of five defensive ends who played from a stand-up position rather than from a three-point stance and mixed in some pass coverage work on Friday.

While the ‘Jack’ has garnered plenty of attention in Columbus since Knowles’ hiring, head coach Ryan Day said the Buckeyes will rely on the defensive line unit throughout the regular season.

“The whole defensive line unit has great talent and good depth. Now, it’s time to have guys step up here in a couple of weeks and find out who we can count on when we need them the most,” Day said. “It’s one thing to say we have a lot of depth and role guys, but when we need someone to play at a high level, who can we count on to make those plays? Who can we count on to stop the run and be tough and hold others accountable?

“There are some really good guys in that room and some really good candidates. Some of them had excellent summers. I think there are four or five that we can count on in that defensive tackle room and the same with our defensive ends. We will see in the next few weeks and go from there.”