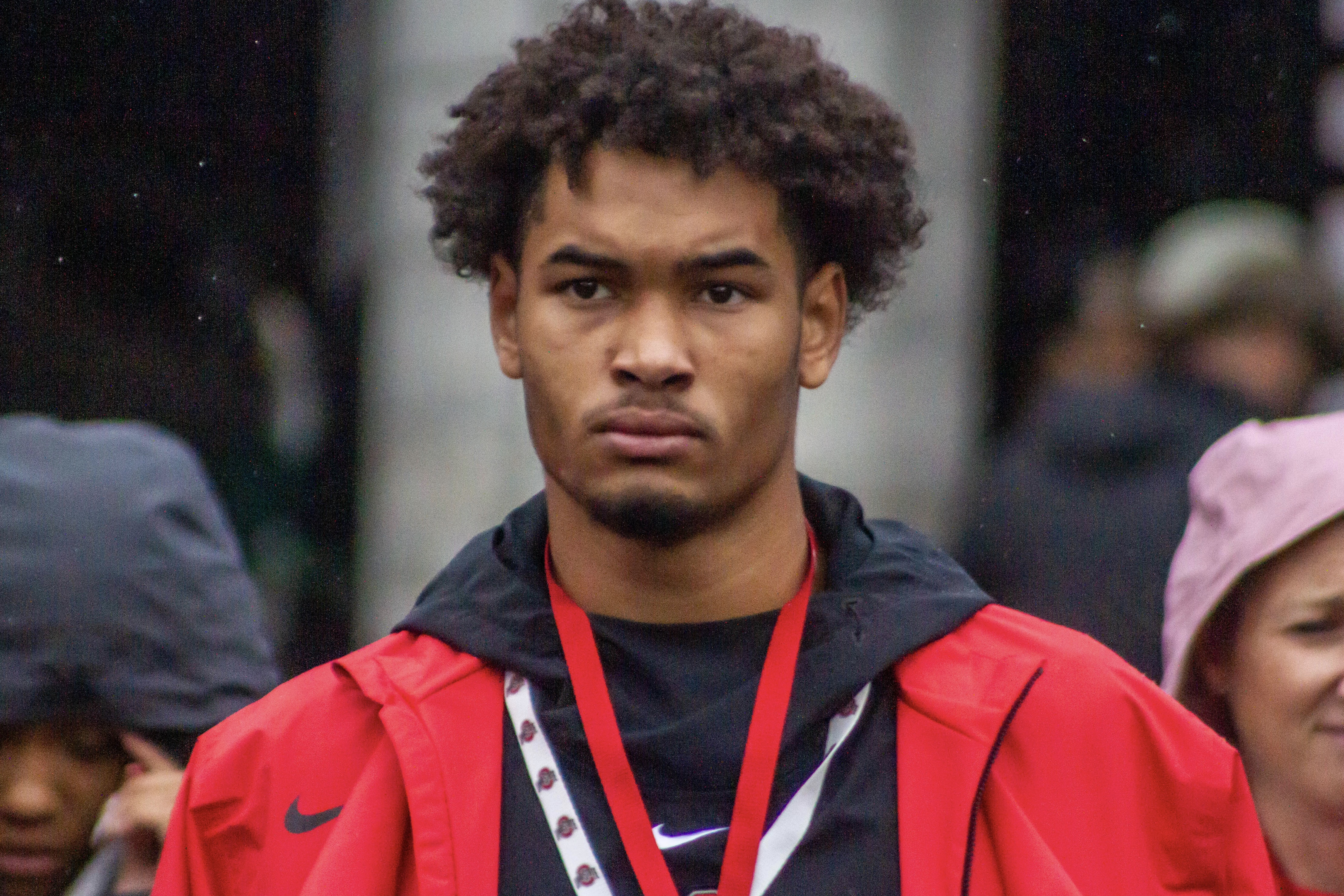 The No. 1 wide receiver in the country – Emeka Egbuka – included Ohio State in his final four schools.

These are the four schools I will be focusing on furthering my recruitment .. #FIN4L 🖤 pic.twitter.com/kaudie4x67

Egbuka, who is a five-star wide receiver from Steilacoom, Wash., also featured Clemson, Oklahoma and Washington in his final four. The Scarlet and Gray are the favorites to land Egbuka, though, with 91 percent of 247 crystal predictions to Ohio State and the other 9 percent undecided.

The Gatorade Player of the Year in the state of Washington ranks eighth among all 2021 prospects and represents the No. 226 overall recruit in the rankings era.

The 6-foot-1, 190-pound wideout won Max Preps Junior of the Year, leading  Steilacoom to an 11-3 record and Washington 2A state runner-up finish with 36 total touchdowns.

As a junior, Egbuka hauled in 83 receptions for 1,607 yards and 25 scores, along with 48 rushing yards and five touchdowns on 12 carries. A two-way standout, Egbuka also starred on defense with 36 tackles, three tackles for loss and eight interceptions, including three pick-sixes. He also housed three punt returns.

Prior to his junior year, Egbuka took an unofficial visit to Ohio State on March 22, 2019. He praised the atmosphere in Columbus in a story with Letterman Row.

“I don’t know what I expected,” Egbuka told Letterman Row. “I just love the energy. It’s just different from other places I have been. It’s just something you can’t put into words. Just a vibe you get when you’re surrounded by the people and the community.”

The interest between Egbuka and Ohio State is indubitably mutual, with wide receivers coach Brian Hartline making him a priority for 2021.

Before visiting Ohio State, Egbuka emerged onto the scene with a dynamic sophomore season, where he helped lead Steilacoom to a 10-2 record and Washington 2A state quarterfinal appearance. Washington’s No. 2-rated prospect caught 72 passes for 1,492 yards and 23 touchdowns and added two more scores on punt returns.

Egbuka, who was at one time listed as the nation’s No. 1 athlete, also added 29 tackles and eight interceptions as a sophomore.

During Egbuka’s freshman year in 2017, Steilacoom went 9-3 record and lost in the Washington 2A state quarterfinals. The talented receiver totaled 808 yards and 13 scores on 44 receptions, while also rushing for 112 yards on 23 carries. Defensively, Egbuka recovered a fumble and also returned an interception for a touchdown.

Brandon Huffman, who is a national recruiting editor for 247Sports, posted an evaluation of Egbuka on April 1, 2020.

“Elite body control to go with optimal size and strength, with good top-end speed and separation,” Huffman wrote. “Physical receiver, difficult to press but also take advantage of any cushions given. Can adjust to each and every throw, take short passes the distance while also getting behind the secondary on deep routes. Strong hands, wide catch radius, will bring anything in range down. Consistently draws double coverage and bracket coverage and routinely gets open. Able to get consistent YAC [yards after catch].

Here are Egbuka’s highlights from his junior season: