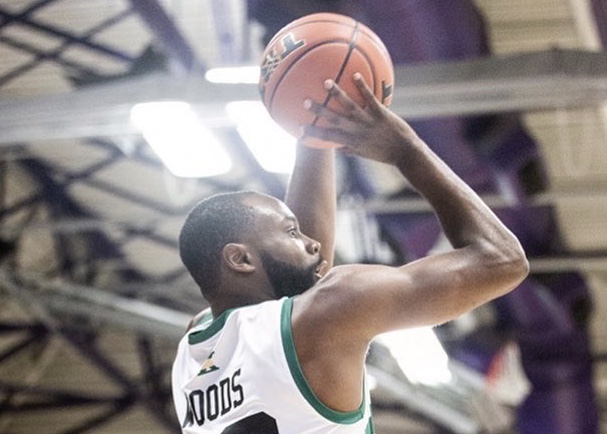 For the second summer in a row, former Ohio State guard Keyshawn Woods will play for Big X in The Basketball Tournament, a 64-team, single-elimination tournament with a $2 million prize.

back for round ✌️

Keyshawn will return to @thetournament with Big X this summer after finishing up his rookie season overseas. Woods was also a member of the 2017-18 @ohiostatehoops squad & will join Dakich, Jackson & Wesson for a #TBT2020 run 🌰#BigX pic.twitter.com/sFHi0kMVrS

The 6-3, 205-pound Woods joined the Buckeyes in 2018-19 as a graduate transfer from Wake Forest. He averaged 8.1 points and 3.1 assists in his only season with the program, which included a trip to the second round of the NCAA Tournament.

Woods went undrafted last summer, but signed a professional contract overseas with Zeeuw and Zeeuw Feyenoord of the Dutch Basketball League. He averaged 16.7 points and 4.6 rebounds per game with the club, whose season was cut short in late March by the coronavirus pandemic.

Woods will be reunited on Big X with former Ohio State guards Andrew Dakich — who will pull double duty as a player and head coach — and C.J. Jackson, as well as newcomer Andre Wesson, who joins the team after wrapping us his four-year career with the Buckeyes this spring.

Big X won the opening game of The Basketball Tournament last summer, knocking off the West Virginia Wildcats, 83-76. Jackson led all scores with 22 points, while Woods finished the game with 17 points of his own.

However, the team fell in the second round to eventual tournament champion Carmen’s Crew, whose roster is made up of several former Ohio State players including William Buford, Aaron Craft, Jon Diebler, Dallas Lauderdale, David Lighty and Evan Ravenel.

Perhaps the two teams will meet again in this year’s tournament, with the Columbus Regional scheduled for July 23-26 at Ohio State’s Covelli Center.