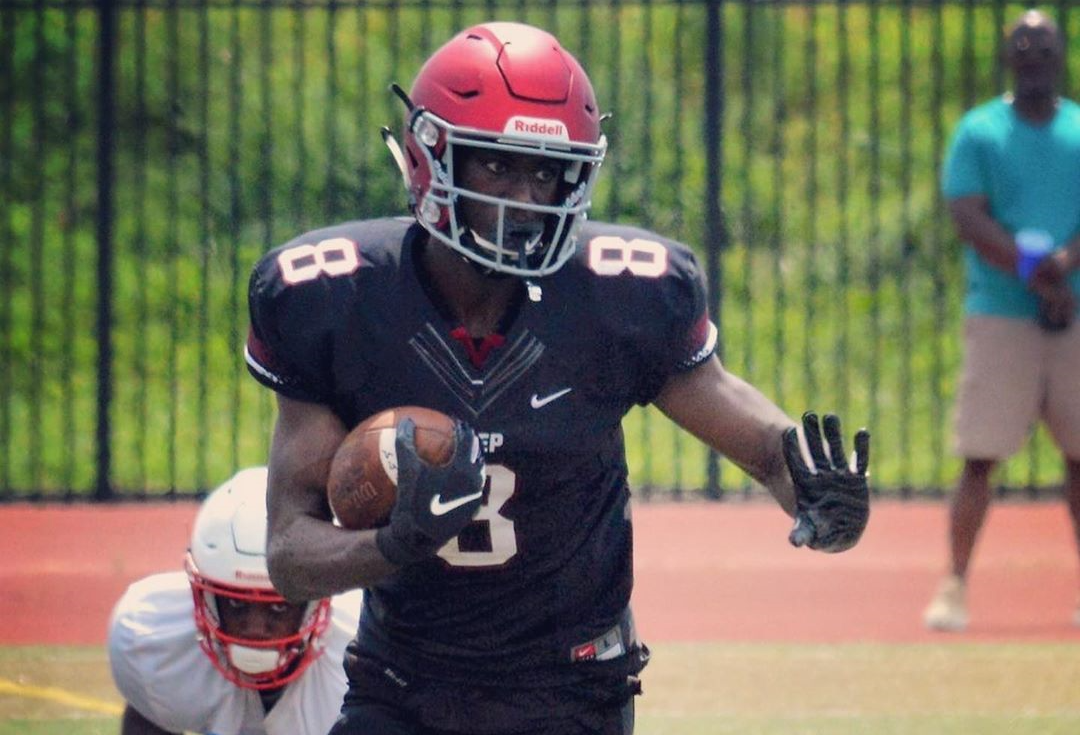 Brian Hartline has passed every test as Ohio State’s wide receivers coach in his first year on the job, despite the less-than-ideal circumstances that gave him the job on an interim basis in August 2018.

From his first day on the job, the former Buckeye receiver has shown a propensity for recruiting and on-the-field coaching, effortlessly connecting with some of the best receivers in the country on the way to an excellent debut class featuring Garrett Wilson and Jameson Williams and an even better encore in 2020. Through a little over 12 months, Hartline has held onto commits from the latter two and landed pledges from five-star Julian Fleming and the four-star 2020 trio of Gee Scott Jr., Jaxon Smith-Njigba and Mookie Cooper.

With the 2020 class locked up at receiver, Hartline has shifted his focus toward 2021, landing Massillon (Ohio) four-star Jayden Ballard in June. On Oct. 31, Hartline struck again, securing a commitment from Marvin Harrison Jr., one of the best young receivers in the country.

Harrison, a Philadelphia (PA.) product, is the son of the NFL legend by the same name and brings to Ohio State an extremely rare combination of talent and size, standing 6-4, 184 pounds. He checks in at No. 54 in the 247Sports 2021 national rankings and is ranked as the eighth-best receiver. 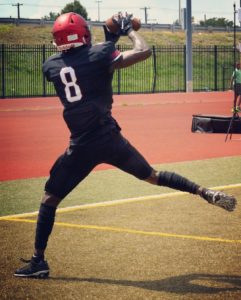 Harrison picked the Buckeyes over offers from just about every top school in the country, including Florida, LSU, Michigan and Penn State. His familiarity with Ohio State 2021 quarterback Kyle McCord, a teammate at St. Joseph’s Prep School certainly helped Ohio State’s cause, as did a longstanding relationship between Hartline and the Harrison family.

In Harrison, Ohio State is getting a style of player that is becoming pretty common under Hartline. The Buckeye receivers coach wants young receivers that run good routes, showcase good hands and don’t require a ton of development as a pure receiver because of natural talent and instincts. He doesn’t take a ton of athletes that have to learn how to play receiver and Harrison fits in the Hartline mold of true receivers that just need refinement and a lesson in blocking.

Harrison isn’t quite the route runner that someone like Wilson or Fleming is, but he more than makes up for it with his size and fluidity. There may not be a smoother and more natural receiver in the class. Harrison looks like he was born to play receiver, soaring in and out of routes with ease, attacking the ball rather than letting it come to him.

The game looks almost completely effortless to Harrison because of how confident he is in his size and his hands, and for good reason. He gets open with his routes and finishes those routes with that size. It’s a devastating combination that very few players have, let alone know how to use.

The biggest weakness right now is one that can be very easily fixed at Ohio State: Harrison is skinny. Very skinny. He’s listed at a generous 185 pounds and just doesn’t have the weight or strength to play in the Big Ten right now. His first season at Ohio State will be all about gaining muscle while maintaining his athleticism while working on the more physical parts of receiver play. It seems unlikely that he’ll ever be a great blocker, but expect Harrison to get the weight treatment that Ben Victor was never really able to get, moving from the 180 range up near 210 pounds.

Once Harrison has that weight on and can move comfortably with it, it’s easy to see an NFL career in his future. He’s a tremendous talent and a perfect fit for Ohio State’s offense, especially given his familiarity with the quarterback of the future at Ohio State in McCord. Don’t expect a Garrett Wilson level of year-one contribution, but once Harrison is ready for the physicality of the college game, he’ll be a matchup nightmare for every defense in the country when paired with the embarrassment of riches Hartline is collecting at receiver.