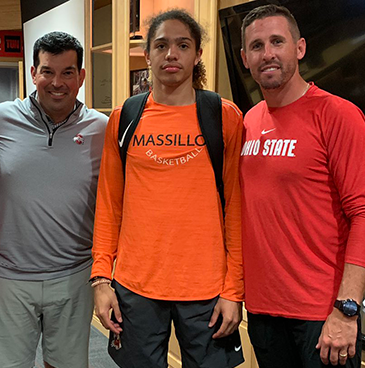 The 6-1.5, 164-pound Ballard is considered the 22nd-best wide receiver and No. 125 prospect overall in the class of 2021, as he caught 36 passes for a team-high 851 yards and 12 touchdowns to help the Tigers to the state championship game last season. He picked Ohio State over offers from Boston College, Maryland, Michigan State, Notre Dame, Penn State, Pittsburgh and Washington State.

Ballard earned a scholarship offer from the Buckeyes following a strong camp performance last summer and his relationship with wide receivers coach Brian Hartline has only grown in the meantime. He made numerous visits to campus over the last year, including the spring game on April 13 and Ohio State’s 7-on-7 camp on June 17 — during which he sported scarlet and gray gloves.