The 10 Most Important Players, Moments And Teams Of Ohio State’s Olympic Season (HM-No. 9) 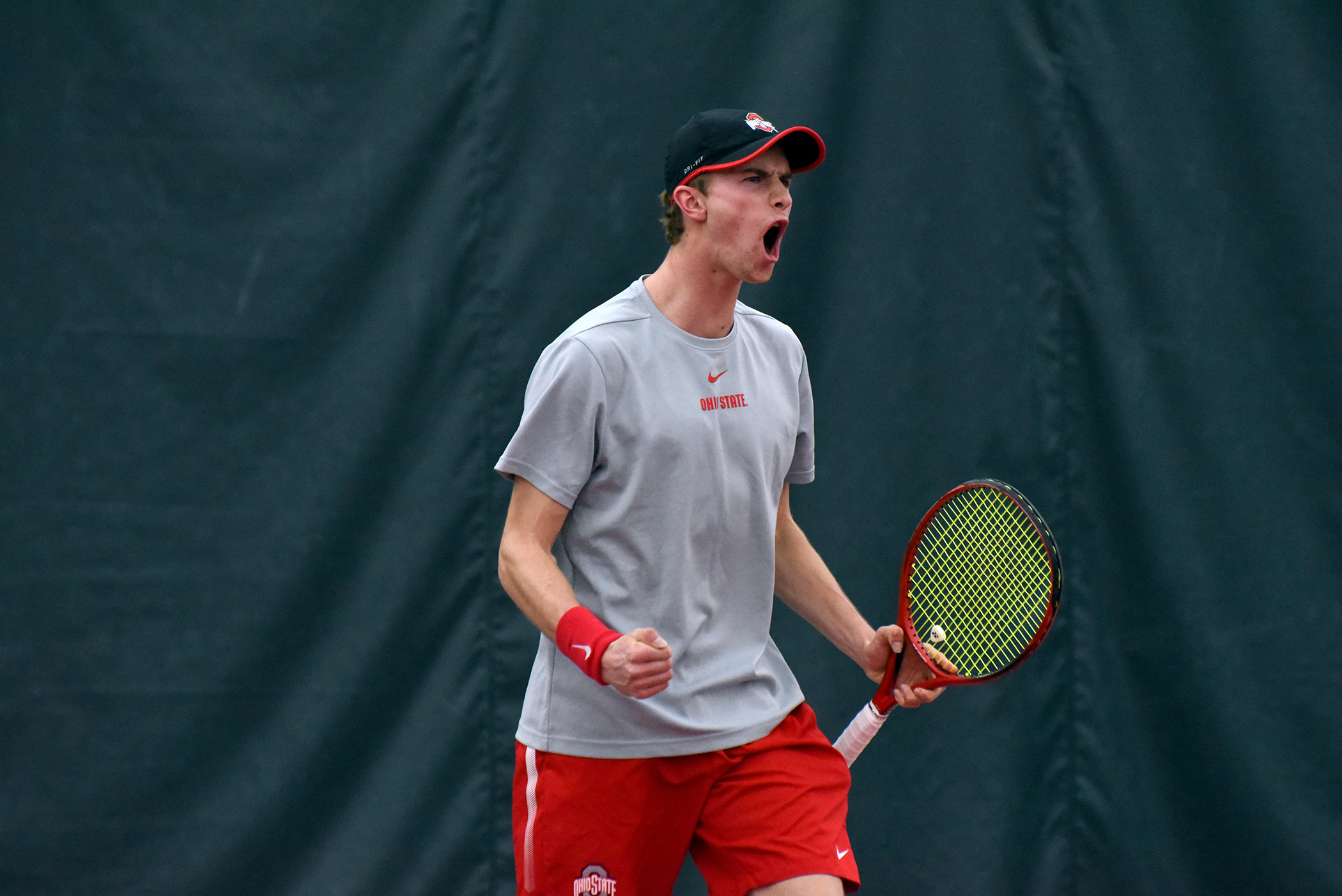 With an 11th place finish at the NCAA Championships on June 12, the Ohio State women’s track team closed another successful season of Olympic sports in Columbus, despite the extenuating circumstances revolving around the COVID-19 pandemic that made this the most bizarre year of athletics (or anything, for that matter) that Ohio State has ever seen. With this season coming to a close, it’s time to look back at the players, moments and teams that defined the 2020-21 Olympic sports calendar in Columbus, from No. 10 all the way to No. 1.

We’ll start today with honorable mentions and fly through No. 9, unveiling No. 8-5 on June 15 and the top four on June 16.

Although we’re looking at a top 10 here, it’s necessary to spend some time first with the honorable mentions that just missed the cut.

It was a frustrating season for Greg Beals and the Ohio State baseball team, but that doesn’t mean it was without its positives. Freshman outfielder Kade Kern burst onto the scene in his first year as a Buckeye, starting all 42 games, leading the team in batting average (.325) and earning second-team All-Big Ten honors for his trouble. He’ll lead an experienced Buckeye group into 2022.

Ohio State’s men’s soccer team started much better than it closed, but like the baseball team, it has a young star to be excited about. English freshman midfielder Laurence Wootton showed creativity and leadership in his first season with the Buckeyes and built a formidable partnership with fellow freshman midfielder Parker Grinstead in the process.

Another freshman phenom, this time from the men’s golf team. Max Moldovan was an immediate leader for Jay Moseley’s squad, leading the team in top 20 (six), top 10 (three) and top five (two) finishes on the season. He led an Ohio State team that came up just short of NCAA Championship qualification.

Men’s gymnastics junior Jesse Tyndall locked up All-American honors for the first time in his Buckeye career at the NCAA Championships, putting up a 80.965 score (third highest of his season) to earn the plaudits. Ohio State came up short of team qualification for the national event, but Tyndall led a small group of Buckeyes at the individual championships.

After a second-place finish in the Big Ten behind only Michigan, Ohio State acquainted itself well at the NCAA Championships on May 30, finishing No. 6 in the nation behind strong performances from the 2V8 and 1V4 teams, which finished fourth and fifth in their respective final races. It was a sixth consecutive top-five finish at the national events for the latter, clocking in at a 7:14.244 time that placed them ahead of No. 6 Michigan (7:15.716) by just a little over a second.

Meanwhile, a fourth-place showing was the best for the former since 2017.

Ohio State sophomore Cannon Kingsley was untouchable during the regular season, notching a perfect record on his way to a number of Big Ten honors. From BSB’s Wyatt Crosher at the time:

“Ohio State men’s tennis had five players featured on the All-Big Ten teams, but it was sophomore Cannon Kingsley that took the largest honor, as he was named the unanimous Big Ten Athlete of the Year.

“Kingsley holds a perfect 25-0 record this season for the Buckeyes, just a year after being named Big Ten Freshman of the Year. Of those 25 wins, Kingsley has taken down ranked singles opponents eight times and has won almost strictly in dominant fashion, only playing into a third set four times this season. In doubles, Kingsley also boasts a 14-5 record.

“With the accolade, the Buckeyes have now won four of the last six athlete of the year honors for men’s tennis, as well as nine overall.

“A pair of Ohio State seniors in John McNally and Kyle Seelig joined Kingsley on the first-team All-Big Ten list, with McNally making the first team for the fourth time in his collegiate career. Seelig is just behind him with three mentions on the first team.

“A year after Kingsley went home with the honor, J.J. Tracy gave the Buckeyes another Big Ten Freshman of the Year accolade, making it their sixth in seven seasons. Tracy lost his first two matches of the season and has since proceeded to win 22 in a row for a 22-2 record. He has also impressed in doubles, holding a 12-2 record.

“James Trotter also made second-team All-Big Ten for the second year in a row after losing his first match and winning the next 11.”