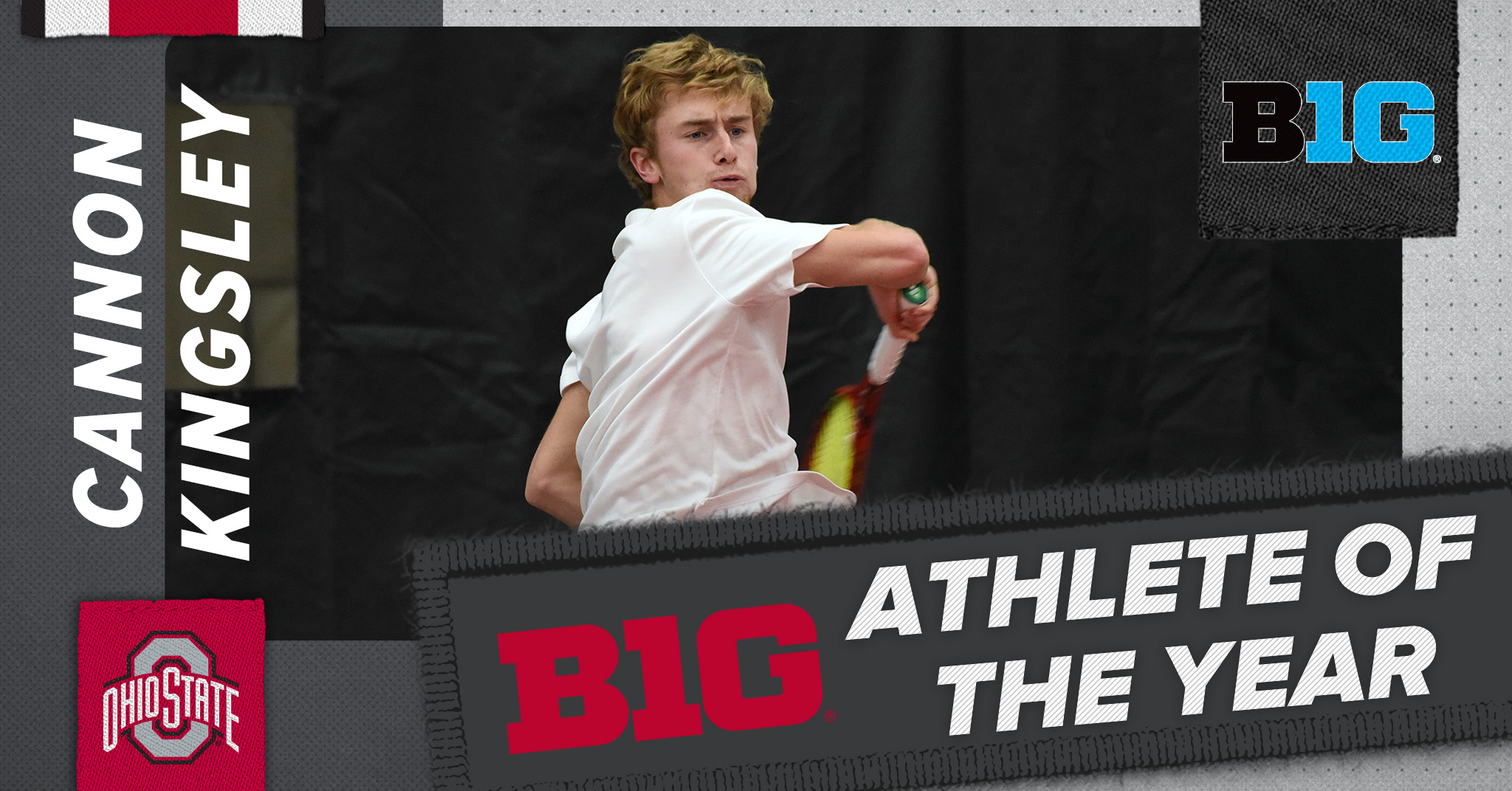 Ohio State men’s tennis had five players featured on the All-Big Ten teams, but it was sophomore Cannon Kingsley that took the largest honor, as he was named the unanimous Big Ten Athlete of the Year.

Kingsley holds a perfect 25-0 record this season for the Buckeyes, just a year after being named Big Ten Freshman of the Year. Of those 25 wins, Kingsley has taken down ranked singles opponents eight times, and has won almost strictly in dominant fashion, only playing into a third set four times this season. In doubles, Kingsley also boasts a 14-5 record.

With the accolade, the Buckeyes have now won four of the last six athlete of the year honors for men’s tennis, as well as nine overall.

A pair of Ohio State seniors in John McNally and Kyle Seelig joined Kingsley on the first-team All Big Ten list, with McNally making the first team for the fourth time in his collegiate career. Seelig is just behind him with three mentions on the first team.

A year after Kingsley went home with the honor, J.J. Tracy gave the Buckeyes another Big Ten Freshman of the Year accolade, making it their sixth in seven seasons. Tracy lost his first two matches of the season, and has since proceeded to win 22 in a row for a 22-2 record. He has also impressed in doubles, holding a 12-2 record.

James Trotter also made second-team All-Big Ten for the second year in a row after losing his first match and winning the next 11.