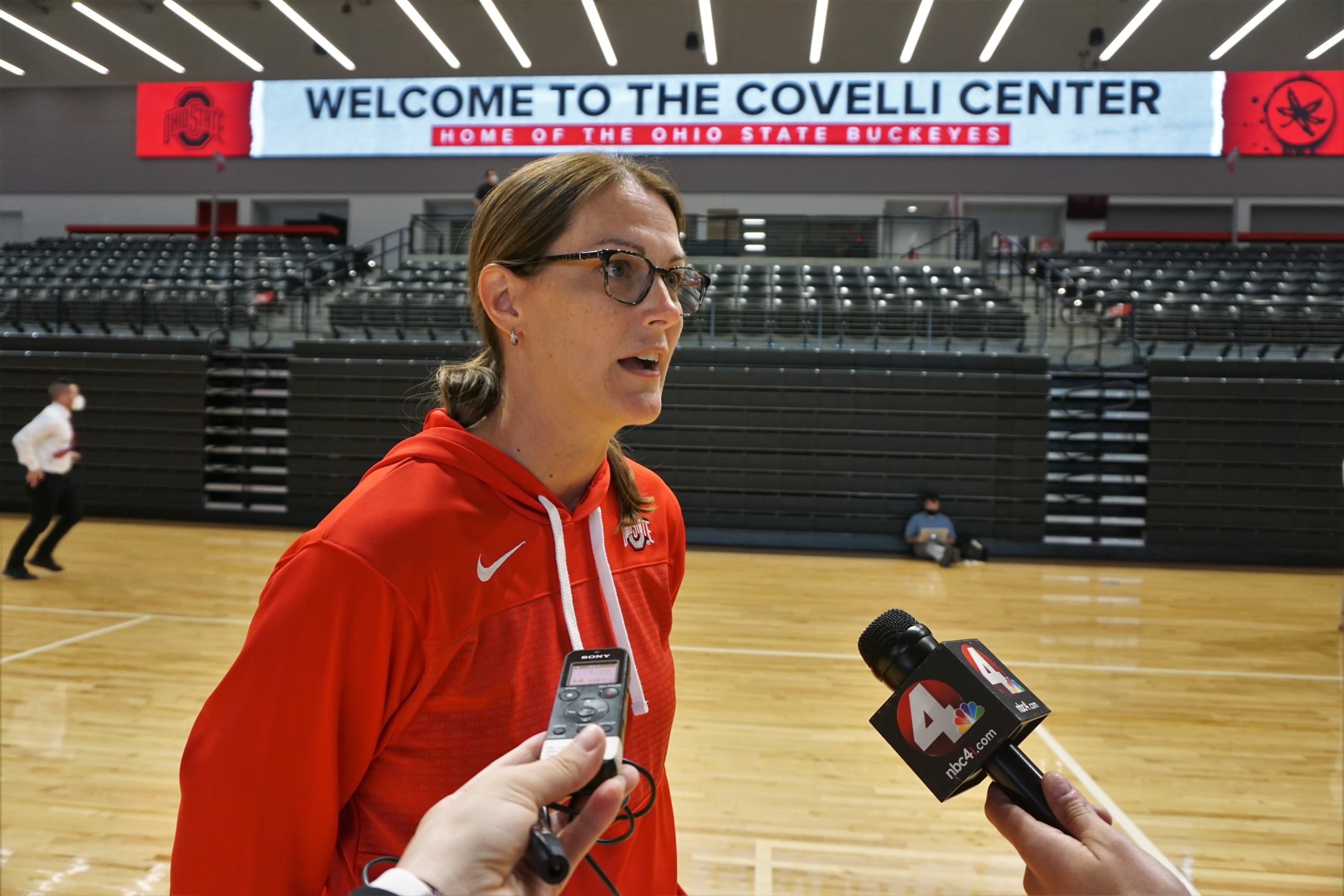 When Ohio State athletic director Gene Smith spoke in favor of proposed legislation introduced by Ohio Sen. Niraj Antani (R-Miamisburg), he said that the bill allowing athletes to profit from their name, image and likeness might benefit Olympic sports athletes even more than those playing football and basketball.

Buckeye women’s volleyball coach Jen Flynn Oldenburg agreed that passing the bill would be huge for her players.

“Really excited for what this means for our student-athletes and their futures and not leaving campus with debt,” she said. “The potential there is really big for them.”

Although not perhaps as obvious an example as, say, the quarterback of the football team signing a deal with Nike, Oldenburg says volleyball players might be able to profit off things like offering private instruction.

“We have a bunch of clubs in the area that would love to have Ohio State players give them lessons. Now we have the opportunity to do that,” she said.

But Oldenburg pointed out the opportunities don’t have to be sports related at all. She offered the example of a wrestler who is also a poet and said some of her players “want to be YouTubers.”

Ultimately, each athlete will get to choose how committed they are to pursuing such things.

“I think it’s about the amount of time and the energy and the effort that each individual will put in,” said Oldenburg. “I feel like there are some of our players that may want nothing to do with it, and that’s fine. I think there’s some who may go, ‘Okay, I’m going to use this and see how far it can go.’ But they have different paths, and I think this provides them an opportunity to explore those.”