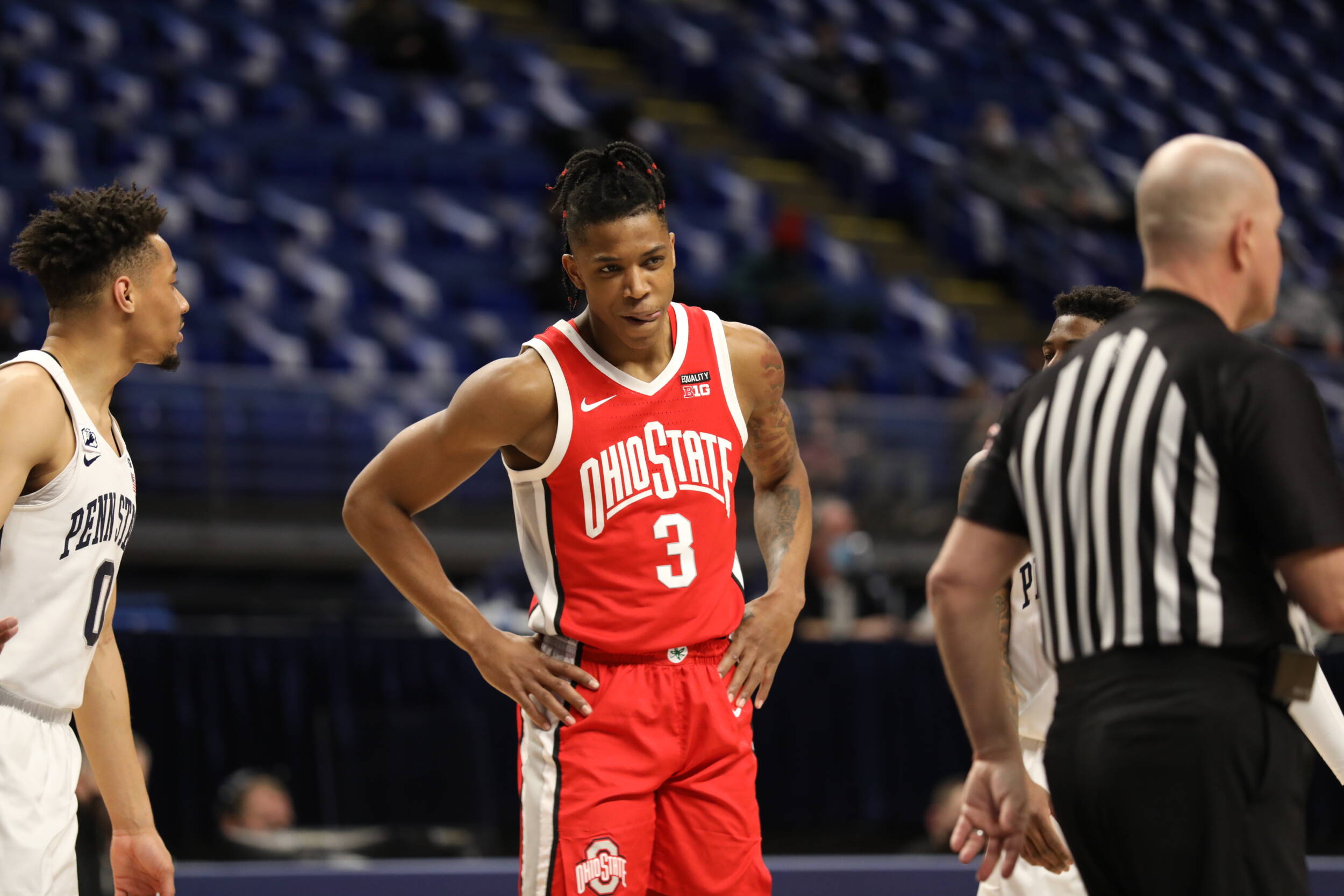 Up next: Power forwards

This is something of a hinge position for the Buckeyes. Sueing’s return gives them the flexibility, if they want it, to slot him in at small forward and bring Brown off the bench as it did for much of the 2021-22 season, but that brings with it plenty of questions at power forward. Unless Seth Towns is completely healthy and fully operational, Ohio State is going to have to either sacrifice size or athleticism, along with depth, to fill the starting power forward spot.

If it slots Brown in there, it chooses athleticism over size and sacrifices depth at small forward behind (presumably) Sueing, forcing freshman Brice Sensabaugh into a considerable depth role in his first season as a Buckeye. If Sueing gets the call at PF, Brown or Sensabaugh has to start at small forward. If the Buckeyes decide instead to go big, rolling Zed Key in at PF, Felix Okpara is suddenly the starting center with no obvious backup. That one feels especially unrealistic.

The only solution without any obvious catches would be Kalen Etzler flashing immediately as a starting-caliber player after redshirting in 2021-22, clearing room for Sueing to start at SF with Brown and Sensabaugh working in as the two off the bench interchangeably in the forward spots. That, too, is a lot to ask.

So, we’ll assume now that because of his size and physicality, Sueing gets the nod at power forward, leaving small forward for Brown’s taking with Sensabaugh behind him.

Brown showed signs of being able to handle that kind of workload a season ago. He started 10 games in the last two months of the season, serving as Ohio State’s primary small forward as Justin Ahrens struggled to find his shooting stroke. He averaged 22.6 minutes per game across the last 12, starting all but two, although his numbers didn’t really see significant improvement – he averaged 3.5 points, 2.9 rebounds and 0.6 assists in those games.

If there’s a game Ohio State would most like to grasp onto and project forward from that batch, it would be the Feb. 21 matchup against Indiana. Brown played a season-high 29 minutes, was 4-of-7 shooting for 10 points, adding six rebounds, three steals and a pair of blocks.

“(Eugene is) just that, long, versatile ability to guard a couple of different positions,” Holtmann said days after that game. “He’s really gotten stronger since he’s been here, but we just liked his size and versatility. He got injured in high school pretty significantly and I think that affected him some. That and his shooting were things that we kind of liked. His dad did a great job coaching him and we love his family. We just felt like he comes from just a tremendous group of people and that always is really exciting to us when recruiting guys.

“I thought he played within himself and was aggressive. Took the opportunities that were there. Was ready on the catch and that’s what we really liked from him.”

Brown isn’t likely to contribute like that night-in and night-out for the Buckeyes, but if he can near that type of impact consistently while improving on his focus defensively, it would answer a lot of questions for Ohio State and create a lot of room for exploration elsewhere in the lineup.

Behind Brown, Sensabaugh doesn’t look like an immediate, one-and-done style contributor in the way that Branham was, but his style should translate well and create an immediate space for value at the next level. He’s a unique player at 6-6, 240 pounds and developed into one of the nation’s best prep scorers as a senior, earning the nod as Florida’s Mr. Basketball. He’ll have some catching up to do defensively and physically, but his shooting touch and bag of tricks are rare for such a young player.

Jae’Sean Tate isn’t a direct comparison, but their bodies are fairly similar, and though Sensabaugh will likely develop into a better scorer (and not quite the defender or rebounder), he could have a Tate-esque impact in year one. The Houston Rocket averaged 8.8 points and 5.0 rebounds in 35 games and 16 starts as a freshman at Ohio State. It’s hard to see Sensabaugh racking up that many starts unless something has gone wrong ahead of him, but working as a tremendously valuable scorer off the bench seems realistic for Sensabaugh’s first season.