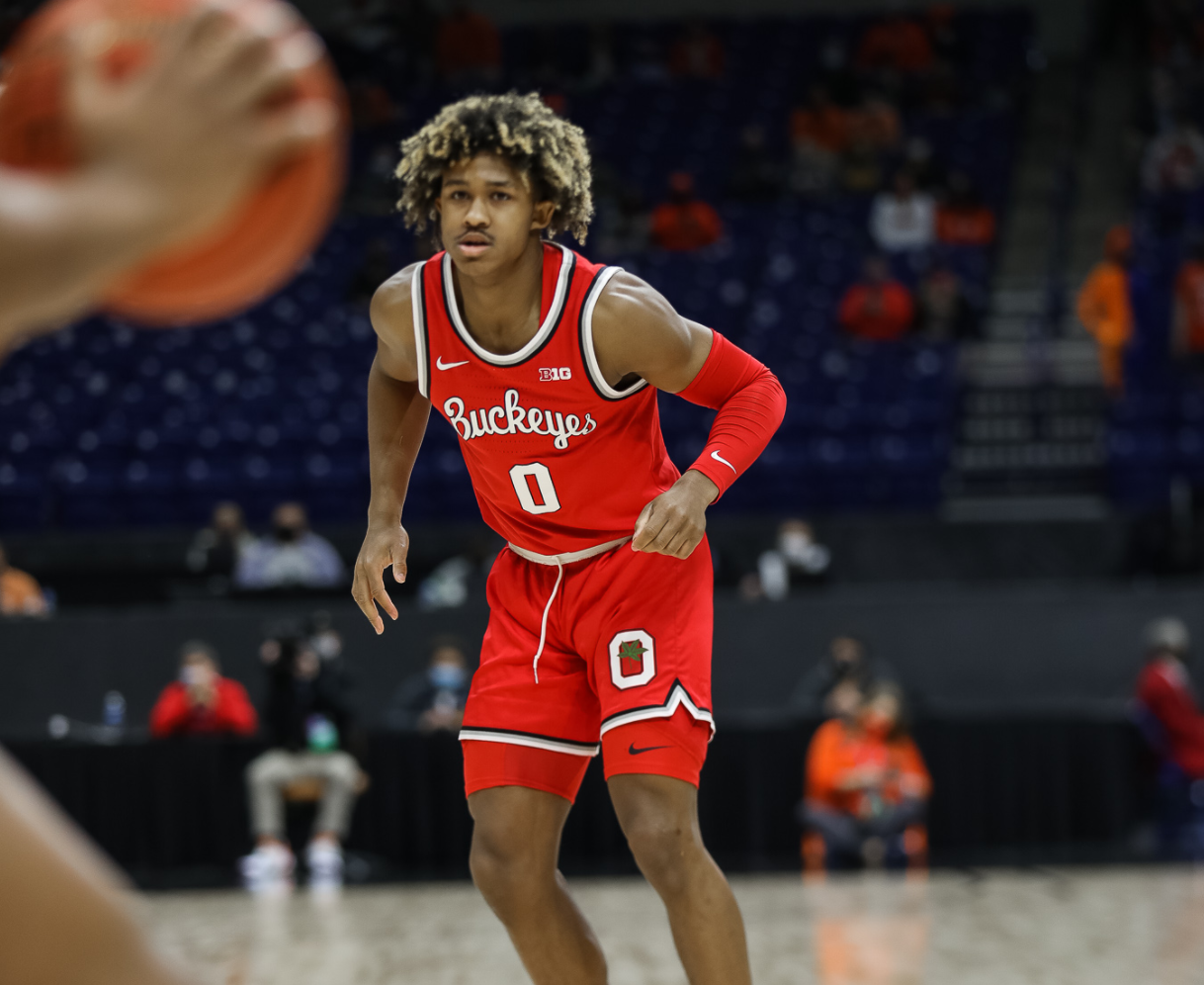 Ohio State fifth-year senior winger Justice Sueing is returning to college basketball after missing all but two games in the 2021-22 season, and per Adam Jardy of The Columbus Dispatch, he’ll likely be suiting up once more as a Buckeye. That won’t be official until Sueing declares his intentions, which is expected to happen within the next week, but for all intents and purposes, the Cal transfer can be factored in projections of Ohio State 2022-23 roster.

A 10.7 PPG scorer on 49.1 percent shooting who added 5.5 rebounds per contest in 2020-21, Sueing would provide a huge spark to an Ohio State lineup losing seven players to graduation, the NBA draft or transfer, and could prove even more important if freshman point guard Malaki Branham sticks in the draft as currently anticipated. But as it stands in early April, who will be lining up around the potential veteran leader of head coach Chris Holtmann’s sixth roster in Columbus?

Of all the positions in this projection, none feel as unsettled as the one atop the Buckeye lineup. Rising junior Meechie Johnson Jr. has been the subject of (currently unfounded) transfer rumors since the end of the season after averaging just 11.0 minutes per game in March as he dealt with a litany of lingering injuries.

Whether Johnson will or won’t suit up in the scarlet and gray next season would certainly have a significant impact on the projection at point guard, but at this time there’s no reason to think he won’t be returning for his third season as a Buckeye.

How much playing time he’ll be able to handle is another topic entirely. He’s heading into just his second offseason as a Buckeye despite two seasons on the roster after enrolling in the middle of the 2020-21 season and could be in for a leap with that, but he played only 16.3 minutes per Big Ten game and averaged 3.6 points, 1.5 rebounds and 1.2 assists in those 16 games. A year-three jump isn’t at all unheard of, but Johnson was a 30.8 percent shooter this season and averaged more turnovers (1.3) than assists (1.2) per game on the year. It would need to be a big jump.

The only other true point guard on the roster is Bruce Thornton, Mr. Basketball in Georgia and the leader of Ohio State’s No. 5 recruiting class – the best of Holtmann’s career. He’ll arrive over the summer and does so with immense expectations around his tenure in the scarlet and gray, but to hit on a second-straight point guard ready from day one is asking a lot, especially when neither Thornton or his predecessor, Branham, was a sure-fire, one-and-done, five-star prospect. Branham is there now, but getting there is no given, even for very highly touted four-star prospects (or even their five-star counterparts, for that matter).

It seems that Ohio State agrees with the feeling of uncertainty here because much of its portal activity has been focused on point guards and bigs. The name to watch in this spot could be Kansas State’s Nijel pack, who averaged 17.4 points, 3.8 boards and 2.2 assists per game last season and is on the move to be a pure point guard after serving as a combo guard in Manhattan. Competition for his signature is still, though.

Up next: Shooting guards