Ohio State Transfer Seth Towns: ‘Hungry To Get Back On The Court’ 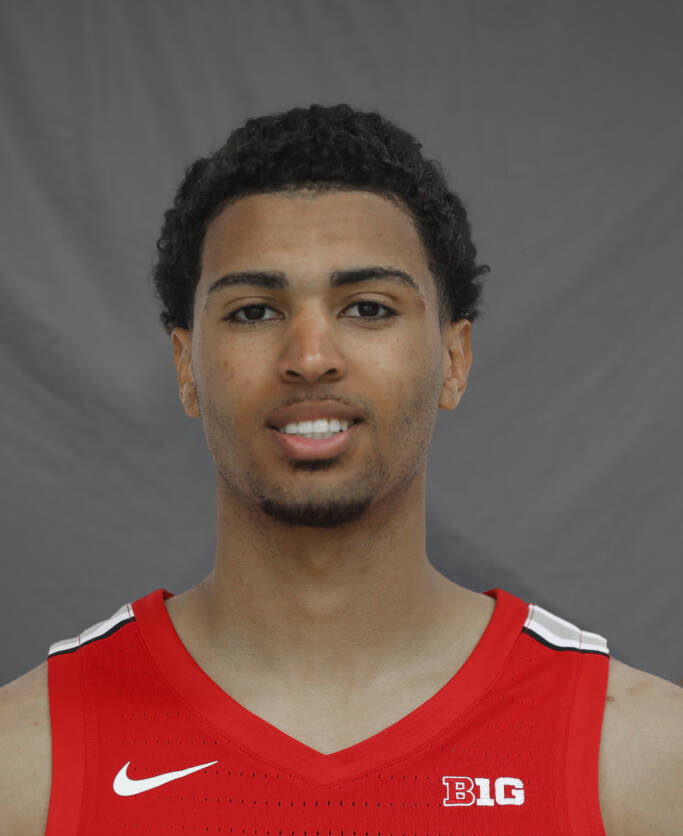 It’s been 895 days since Seth Towns last played in a collegiate basketball game.

The Harvard transfer expressed his excitement to play again when speaking with college basketball expert Andy Katz, who rated Towns as the No. 12-ranked returning player.

“I’m obviously hungry to get back on the court; I’ll play with tons of passion, as I always have,” Towns said. “I can score, shoot the ball, but I’m mainly set on coming back and just trying to make all the right plays and enjoy the game as I once did. So, not too much trying to prove myself as a scorer but just enjoying the game, having fun and winning with my teammates.”

One of our top returning players in college basketball @OhioStateHoops Seth Towns of @B1GMBBall for @marchmadness: https://t.co/eHURC1Yw78

Due to injuries, Towns has not played in a game for more than two years, yet his focus is on “trying to make all the right plays. That selfless attitude aptly represents what the Buckeyes will be getting in the former Ivy League Player of the Year.

With such an impressive résumé to go along with his 6-foot-8 frame and three-point shooting ability, Towns could have gone almost anywhere in the country as a transfer. The Columbus native ended up choosing the Buckeyes over Duke, Kansas, Maryland, Michigan, Syracuse and Virginia among others.

“There were so many great things about Ohio State that I couldn’t overlook,” Towns said. “It’s home. Basketball-wise, I thought it was a perfect fit, just the game style and defensive scheme and all the tactical things. And then my trust in Coach Holtmann, which grew while I was in high school and he recruited me at Butler. And then the cherry on top is I’ve been a Buckeye fan all my life, so I finally get to live out that dream.”

After graduating from a prestigious academic institution like Harvard, Towns transferred to one of the most prominent athletic schools in the country. The well-rounded young man from Columbus spoke about enjoying the best of both worlds.

“My college experience is one that I’m excited to tell my grandchildren,” Towns said. “Harvard – I couldn’t have gone anywhere else that would offer the same opportunity, the same network and all the different things that go into that. What that community has turned me into, or helped cultivate and develop, I couldn’t ask for a better place. And then to come to Ohio State to finalize this college experience, it’s a storybook ending, or storybook beginning, perhaps.”

Just one day after Towns graduated from Harvard via a virtual commencement due to COVID-19, the transfer forward made national headlines when he was detained by police during a peaceful protest in response to the killing of George Floyd by a Minneapolis police officer.

“These are unprecedented times all across the board,” Towns said. “And I don’t think they’d canceled a Harvard graduation since World War II, so we’re literally living in history. You learn so much out of that naturally. It’s meant so much for us to have to adapt to COVID, for us to be awakened in a sense in regards to social justice, so there’s a lot to go into it. But I am glad and proud that I could be a part of it in the right way and continue to be a part of it and use my platform in any way I can.”

Towns spoke on Sportscenter about the need to protest against acts of racial injustice and police brutality. He understands the importance of athletes standing up for what they believe in, referencing how the NCAA approved patches for uniforms, and the NBA allowed players to put messages on the back of their jerseys.

“It’s interesting. I mean, we saw the NCAA altogether approve the patches on the jerseys, so I think there are creative ways to empower athletes for them to use their voices, as we’ve seen with the names on the back of the jerseys and how a lot of the NBA players are using their media time.

“A lot of athletes are feeling empowered right now. You see that every other day it seems like another athlete is coming up and voicing his opinion, and it’s being heard. It’s not just overlooked. Trevor Lawrence, the Clemson quarterback, is a perfect example. It’s great to see that athletes are using their constitutional right and being people and being empowered.

“It’s tough to say right now. I’ve been talking and listening in a lot of meetings and I’m contemplating over that now. We’ll have to see, but I am really excited and motivated this season to use this platform in a way that I haven’t been before, and I think a lot of other athletes are too.”

Towns sees an overall positive message associated with improved social awareness and the conversations that have sprung from the global movement for racial equality.

“I think now more than ever, and as you said, they weren’t not listening before, but they’re certainly listening now,” Towns said. “And that’s largely attributed to the global push toward this cause. It’s really hard not to feel like you need to have these conversations as a person right now witnessing all that’s going on and so there’s so much information and people are being educated in ways they haven’t before through social media and all these other things.

“It’s exciting to see so many people listening and wanting to see what they can do. And I’ve had plenty of conversations and a lot of my NCAA teammates have as well with their coaches and staff and teammates.”