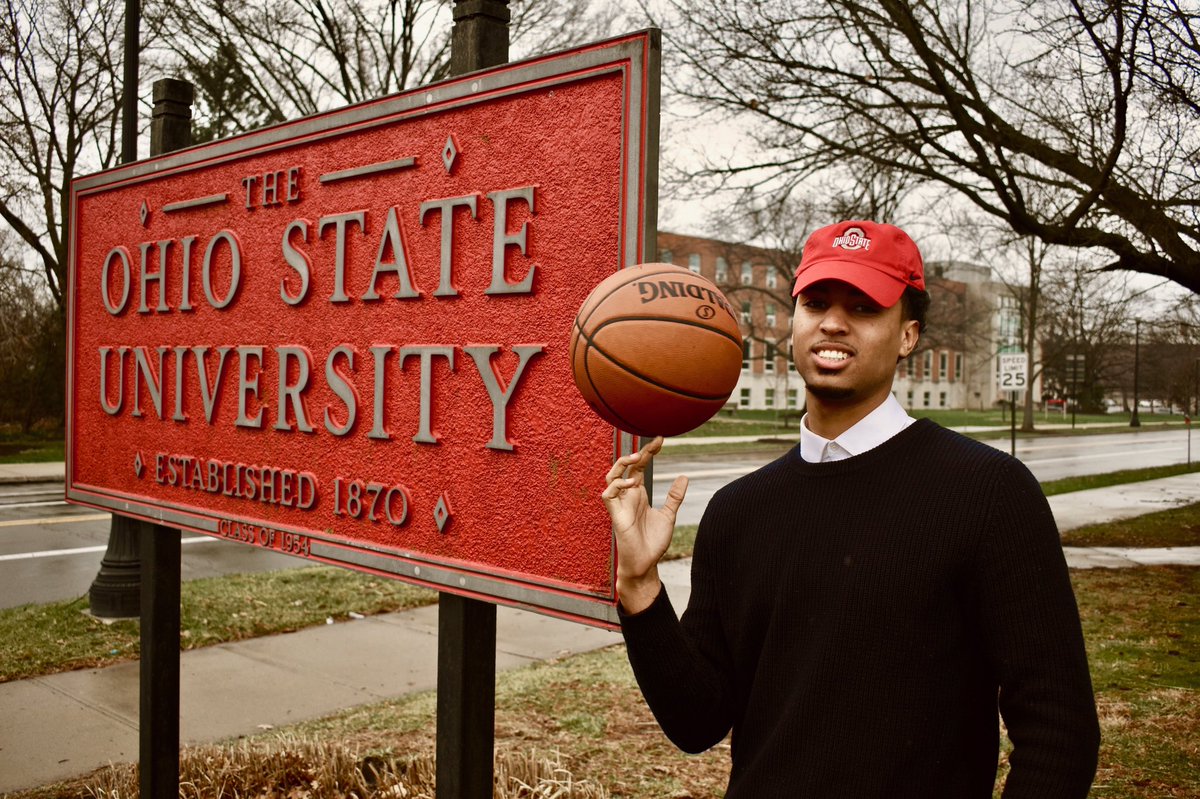 Ohio State picked up a pretty massive boost late last night, when it learned that Harvard graduate transfer forward Seth Towns would be playing his final two years of college basketball with the Buckeyes. It marks a return to Columbus for Towns, a Northland product.

It also serves as a pretty obvious fit on the roster and on the court. Chris Holtmann loves long wings that can get involved with his rotation-heavy defense, and Towns, like Cal transfer Justice Sueing who will be eligible next season, fits the bill very well. He’s 6-7, 215 pounds, and while he’s more known for scoring than defense, he has the length to gum up the middle of the floor without actually needing to do all that much defensively. That’s what Holtmann likes in his wings.

He also likes guys that can put the ball in the bucket, and Towns is instantly going to be better at that than anyone else on Ohio State’s roster. He was lights out for Harvard as a sophomore, knocking down 44 percent of his threes and 42 percent overall on his way to 16.0 points per game. The Buckeyes are likely to lose quite a bit of shooting this offseason, with the departures of D.J. Carton and Andre Wesson, along with the expected declaration for the NBA Draft from Kaleb Wesson. Towns will help to replace that.

Towns wasn’t just putting up numbers on lesser competition at Harvard, either. This is an NBA-level scorer from just about everywhere on the floor. He has a smooth, repeatable motion and he’s a capable ball handler that knows how to use his size to get to the basket.

Here he is against Kentucky, finding a matchup that he likes and taking the ball straight to the rack off of the dribble. If there’s somthing that Ohio State has really missed in the years since Keita Bates-Diop’s departure, its been an isolation scorer like this. When the Buckeyes need points, Towns will provide consistency and confidence that just wasn’t there in 2018 or 2019.

He’s also going to provide, as mentioned, a very good three-point stroke. He’s better off the dribble than he is as a spot up shooter, which will require a bit of an offensive shift for the Buckeyes, but he can do both very well. He’s smooth in his movements, under control, and gets good lift to elevate above taller defenders.

Now, there are questions about health, as well as about what exactly this means for Ohio State’s starting lineup. Starting with health, yes, Towns has a history.

He missed the 2018-2019 season with a knee injury that he suffered in the conference championship game of the previous season. His knee didn’t improve over the year, so he went under the knife for a second time to fix the knee in January, meaning that he had to miss the 2019-2020 season as well. Knee injuries are obviously very tricky for basketball players, but the prevailing thought is that Towns will be ready to go by the time the season rolls around, and that his knee should be able to hold up.

On the second point, it looks like Ohio State is poised to go small in 2020. If Kaleb Wesson does leave, Ohio State is going to be without an experienced center, but will have quite a few proven smaller players. Look for Holtmann to lean into that, and consider a lineup that looks something like this: C.J. Walker-Luther Muhammad-Towns-Sueing-Kyle Young. Obviously some things can and will be moved around there, including the potential for Towns to play as a big shooting guard, but it seems likely that the Buckeyes will lean heavily on that core.

As for fit with the other play styles on the team, Towns makes perfect sense. He’s going to probably have to learn to play a little less ball dominant, but he should fit right in with whoever Ohio State wants to put out there with him, save for maybe Duane Washington, who may need to be relied on as the second-team scorer rather than someone that can play with Towns.