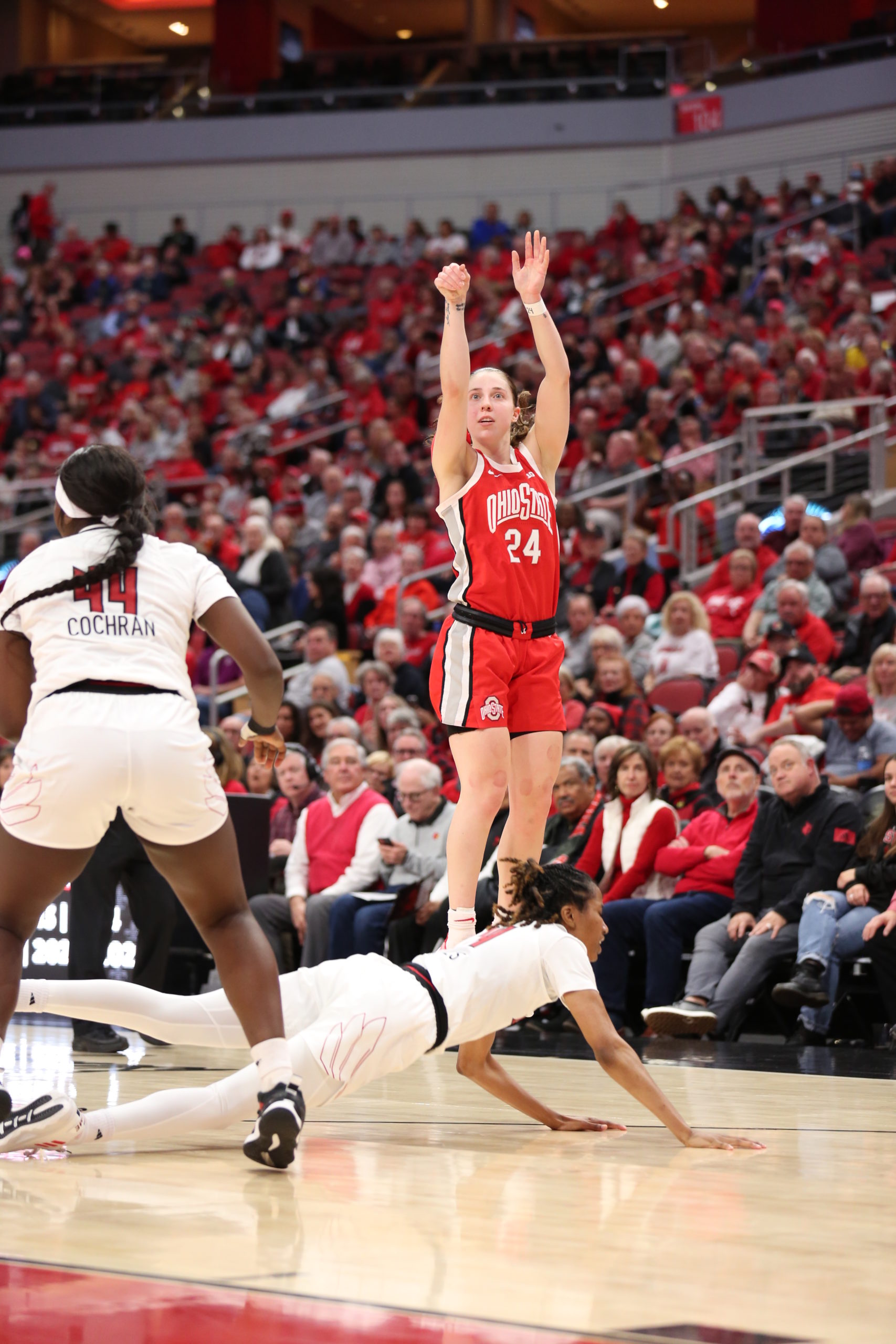 Other than a few brief weeks during the 2004-05 and 2005-06 seasons that the Ohio State women’s basketball team was up to No. 2 in the nation, the Buckeyes are currently experiencing one of the highest rankings in team history.

Ohio State checked in at No. 3 in the AP Top 25 released Monday, trailing only No. 2 Stanford and the defending national champions in No. 1 South Carolina. The Buckeyes last reached No. 3 in the 2009-10 season, several seasons before current head coach Kevin McGuff arrived on campus.

And while the Buckeyes are reaching new heights in terms of their ranking, McGuff said Ohio State isn’t sure what to make of it yet, more interested in what it will look like at the end of the season.

“It’s just so early,” he said Tuesday. “It’s hard to tell what being ranked third even means because I haven’t had a chance to watch a lot of the other teams and so forth. It’s good. publicity for the team. Probably helps recruiting right now. But I will say, I’ll be more interested where we’re ranked when it’s all said and done in March or April than right now.”

And while a billing as the No. 3 team in the country is sure to give the Buckeyes a boost moving forward, McGuff said just as much drive comes from the team’s 8-0 start to the season.

“Winning in general has given them some confidence, and they think they’re confident in what we’re doing, how we’re doing it, and what our opportunity to have a special season is,” he said.

Guard Rikki Harris said the team is enjoying the high ranking, but said it won’t matter if the Buckeyes – who face New Hampshire at home on Thursday before hosting Michigan State on Sunday – don’t continue their winning ways.

“We love it. I think most of it’s more so for our fans because that just shows them how good we are, but we just play,” she said. “If we don’t win we can’t be No. 3, so we just focus on playing and winning games.”

Guard Madison Greene echoed Harris’ sentiment, and added that the team – from the coaches down to the players – have put an added focus on preparation this season.

“Our coaches do a great job of doing everything they can to prepare for each and every game,” she said. “I feel like just to stay where we are, we can’t get satisfied with the No. 3 ranking. We’ve just got to keep working and keep getting better every day.”