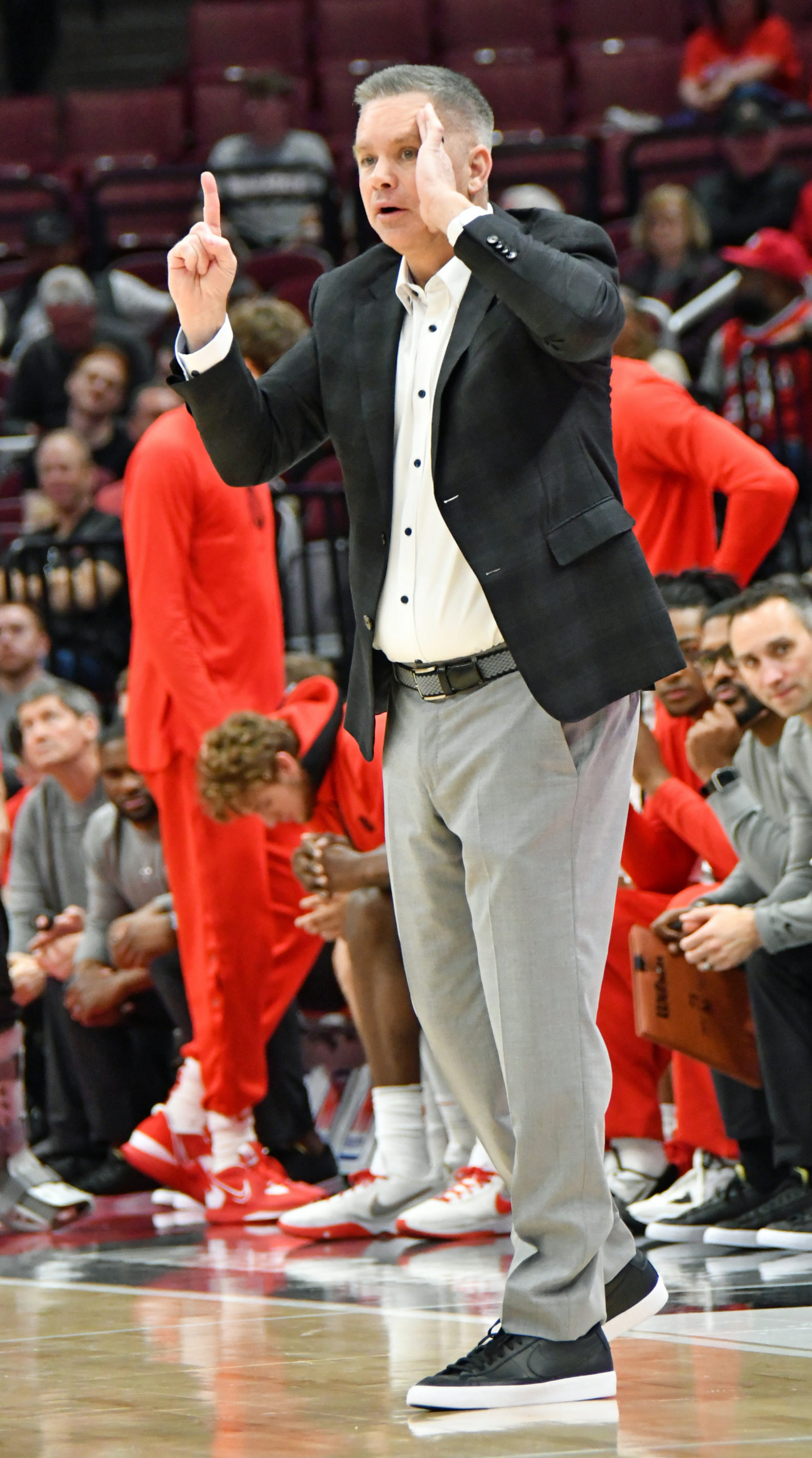 Through eight games, the Ohio State men’s basketball team has already experienced several tests. The Buckeyes have battled a trio of ranked opponents in San Diego State, Texas Tech and Duke while they’ve continued to build chemistry with 10 new players, including five scholarship freshmen, on the roster.

Despite enduring an acclimation process of playing with one another, Ohio State has largely impressed, collecting a 6-2 record while holding the No. 25 slot in the AP Poll since Nov. 28. However, Big Ten play looms on the horizon for the Buckeyes, with their conference opener set for Thursday against Rutgers.

Although the Buckeyes’ young roster has been hardened over the last month with difficult challenges in the Maui Invitational and a true road contest at Duke, head coach Chris Holtmann noted that he still expects Ohio State to take some time to adjust to the difficulties of Big Ten play.

“It takes a minute (to adjust to Big Ten play),” Holtmann said. “It’s hard for them to appreciate the intensity and the toughness required in a Big Ten game, it just is. So they really need game experience. We’ll do our very best and we will communicate that to them and show that to them on film, but it’s a whole another level when you’re out there in live action.”

As the Buckeyes were required to reshape their roster during the offseason, Holtmann turned his eyes toward the transfer portal where he couped up a pair of former Big 12 players in Isaac Likekele (Oklahoma State) and Sean McNeil (West Virginia), as well as Wright State’s Tanner Holden.

Although Likekele and McNeil have limited experience playing against Big Ten competition, Holtmann said he’s more concerned about the acclimation process for the team’s freshmen as well as Holden, who spent the first three seasons of his collegiate career playing in the Horizon League.

“I’m not sure there’s a huge difference between the Big 12 and the Big Ten, I think there are more similarities than there are differences,” Holtmann said. “Everybody will need to be reminded what the step up in (competition) level is, for sure. All of us, but certainly our freshmen.”

Although Big Ten experience is limited on the Ohio State roster, Holtmann noted that the Buckeyes’ recent stretch of playing in the Maui Invitational and at Cameron Indoor Stadium, in Durham, N.C., against Duke were critical in helping his young roster understand the grind of conference play.

“It’s really important to have that three-game stretch,” Holtmann said. “I think the most Big Ten-like team we’ve played is probably San Diego State, maybe Texas Tech too, in terms of just of the physical, older bodies. San Diego State was so old and they were so physical that it did remind me a lot of a Big Ten team. I think that experience was really good.”

Ohio State’s battle with Rutgers will serve as a stand-alone Big Ten contest, with OSU’s next conference game not coming until Jan. 1 against Northwestern.

Although the Buckeyes will play several non-conference games between their next two Big Ten contests, Holtmann emphasized that the grind of Big Ten play is challenging but added that it’s important to keep the end goal in mind when trudging through the 20-game conference slate.

“You’re mindful of all of it, the physical toll and the mental toll,” Holtmann said. “More than anything, you want your team to grow as the year goes on. In this league, right now, we’ve said it over a number of years, the teams that win it typically lose five to six times out of 20 games. So no one goes without blemishes in a league like this. I think that a long-term perspective is required.”