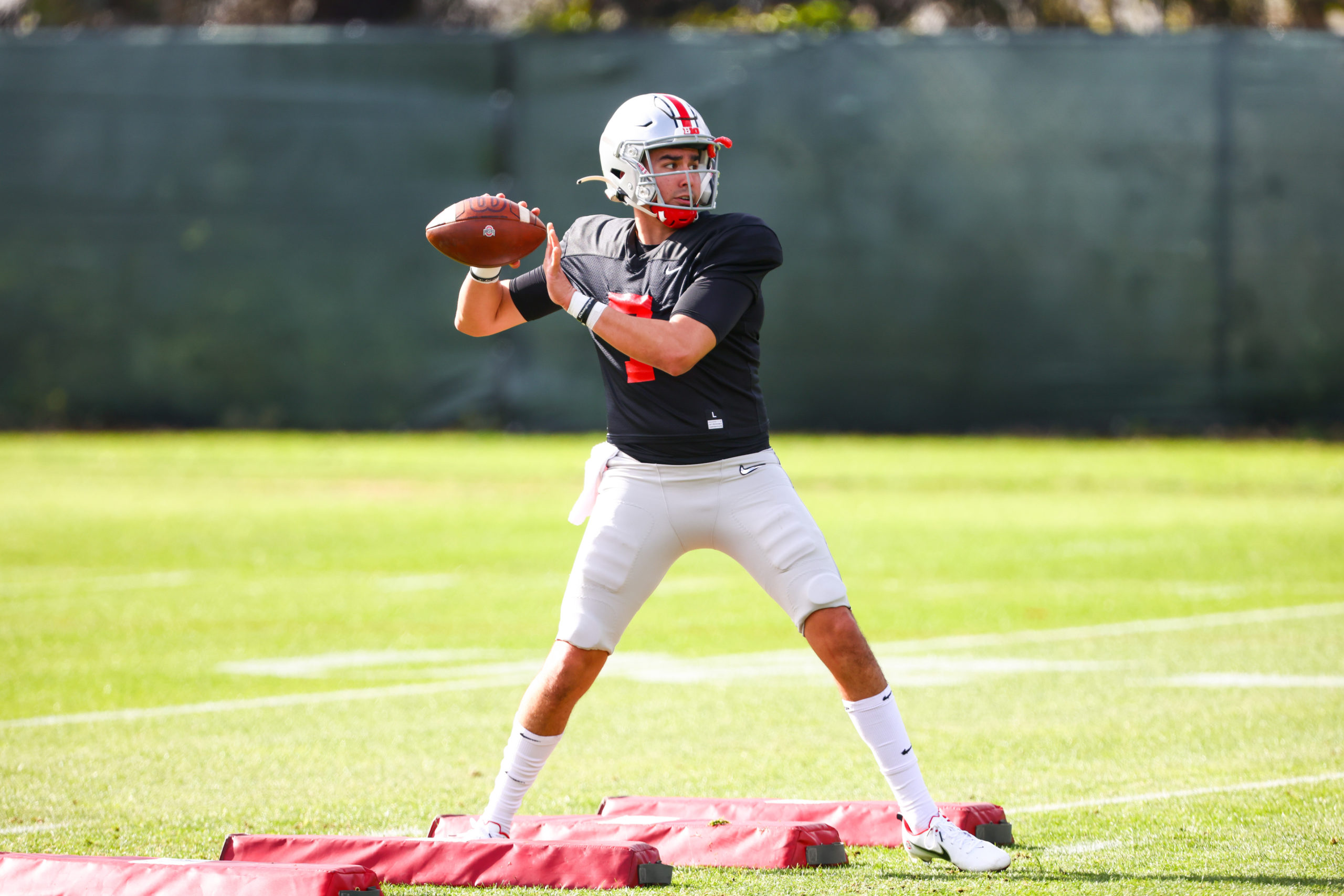 Ohio State walk-on quarterback J.P. Andrade has entered his name into the transfer portal, according to a report from The Columbus Dispatch.

At Bonita High School, he led all state of California passers in completions as a senior in 2018, completing 299 of his 449 attempts for 4,366 yards and 39 touchdowns, all school records. He threw for 9,423 yards in his career and finished third in California history with 702 completions

Andrade’s transfer leaves Ohio State with just two quarterbacks on the roster – C.J. Stroud and Kyle McCord. He’s the fourth Ohio State quarterback to transfer within the last few months, joining Jagger LaRoe, who remains in the portal, as well as Jack Miller and Quinn Ewers, who have since transferred to Florida and Texas, respectively.

Numbers will be boosted once Devin Brown arrives on campus in January, but it leaves the Buckeyes in position to add another quarterback via the portal.