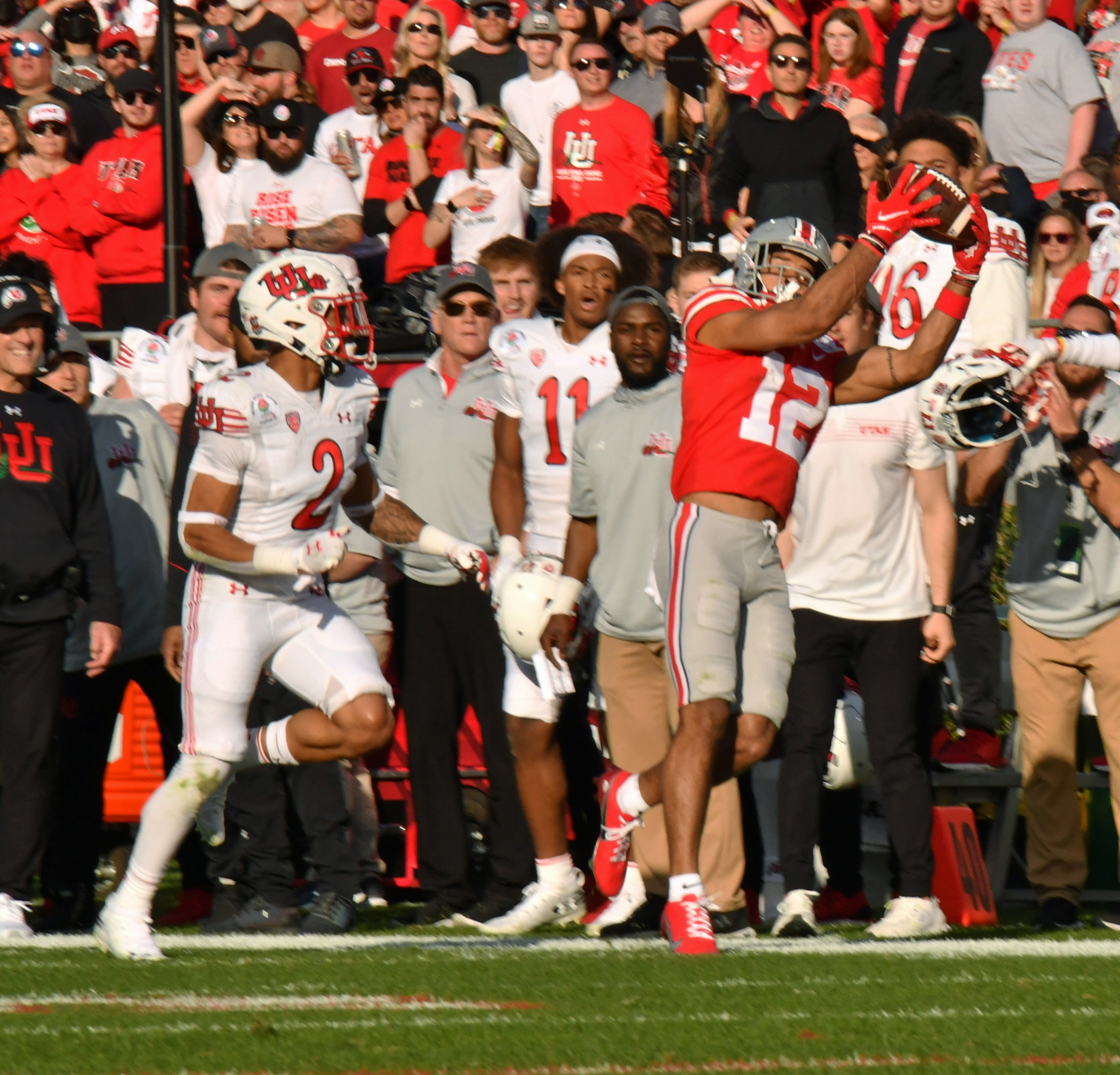 As the sun set over the San Gabriel Mountains during Ohio State’s 48-45 win over Utah in the Rose Bowl, a new dawn broke on the horizon.

There were a number of opt-outs, including wide receivers Chris Olave and Garrett Wilson, offensive tackle Nicholas Petit-Frere and defensive tackle Haskell Garrett, as well as starting linebacker Cody Simon and numerous others out due to injury and personal reasons.

This meant Ohio State’s first trip to The Granddaddy of Them All since 2018 provided the opportunity to see some young Buckeyes get significant playing time against a top opponent and begin building momentum for next season.

“As much as anything, it shows – which people might want to question – the culture of our program,” Ohio State offensive coordinator and tight ends coach Kevin Wilson said of the young players stepping up. “That starts with Ryan (Day) and Mickey Marotti. Those young guys love to practice. And sometimes in this day and age it’s all, ‘What about me, what about me now?’ Sometimes you’re learning how to play, and it takes a little time.

“It’s not necessarily that you’re waiting your turn, but it takes a little time,” he continued. “And it’s nice when those guys have a little patience, their families stay with them and they embrace coaching, competition and practice. Because then when they get into the game they’re (ready to go).”

Ready to go, they most certainly were. The biggest influx of young talent was seen at receiver, where Jaxon Smith-Njigba stepped up to deliver one of the top performances in bowl-game history.

Smith-Njigba’s record-breaking 15 receptions for 347 yards and three touchdowns have been highlighted ad nauseam, and for good reason, but his otherworldly performance isn’t the only reason to have optimism for Ohio State’s passing game next season.

That lies on the shoulders of freshmen Emeka Egbuka and Marvin Harrison Jr., as well as sophomore Julian Fleming, all of whom stepped up in the absence of Olave and Wilson.

The peak of those performances was Harrison, who hauled in a career-high six receptions – surpassing his season total heading into this game – for 71 yards and three touchdowns, tying a Rose Bowl record.

“That man is Marvin Harrison Jr., you know?” said Ohio State offensive tackle Thayer Munford. “All the freshmen that came in – (Jaylen Ballard), Emeka, Marvin – they came in here to work, put the time in and get caught up on the playbook. They knew they had to stay calm and stay focused.”

Egbuka (three catches, 46 yards) and Fleming (five catches, 35 yards), meanwhile, each tied or surpassed their previous career highs in receptions and yards, and Egbuka provided a further spark in the return game, inching ever closer to a return touchdown that Ohio State has looked for since 2014.

Let us not forget that quarterback C.J. Stroud, despite appearing a seasoned veteran at the college level with his team-record 573 passing yards and six touchdowns, is just a redshirt freshman who started in his 12th game against the Utes.

And though TreVeyon Henderson had a more muted outing of 17 carries for 84 yards, it was an exciting glimpse of how Ohio State’s offense will operate next season.

Ohio State was not as effective on the other side of the ball by allowing 35 points in the first half, but in the end, it was the youthful exuberance displayed by the most impactful members of the defense that helped the Buckeyes get back into the game.

Redshirt freshman safety Kourt Williams, who finished with six tackles, had Ohio State’s only sack of the game that resulted in a 7-yard loss for the Utes on first-and-10 with the game tied at 38, eventually leading to a punt after a pair of tackles by freshman defensive end J.T. Tuimoloau on second and third down.

In total, the Buckeyes had three tackles for loss – one each from sophomore linebacker Tommy Eichenberg, Tuimoloau and Williams.

“Kourt, he’s been busting his butt all year,” said Ohio State sophomore safety Bryson Shaw. “That’s the hardest-working dude I know. He’s my brother and I love him, and just to see that hard work pay off, he deserves every minute of it.”

Freshman cornerback Denzel Burke played up to his usual snuff, including three tackles and a pass breakup, while defensive tackle Tyleik Williams and defensive end Jack Sawyer, before his ejection due to targeting, both made an impact with a bigger role on the line next season likely.

The 14-point comeback resulted in a positive sendoff for Ohio State’s seniors – some of whom dedicated six seasons to the Buckeyes in the case of Demario McCall, who delivered an impassioned halftime speech to spur Ohio State on to its victory – but showed what the future could look like on both sides of the ball.

And this isn’t to say that there won’t be growing pains as Ohio State transitions to what should be a younger core – it wasn’t a clean game by any stretch of the imagination. However, if the attitude that the young Buckeyes took on to win in one of the Rose Bowl’s greatest games was any indication, the return on Ohio State’s investment should come sooner rather than later.

“I couldn’t be prouder of our guys,” Day said. “For our seniors, some of the guys who played in this game, I can’t say enough about what they’ve left behind for a legacy, especially winning this game the way we did. Then for our younger guys, the momentum that we have right now moving forward is tremendous.”