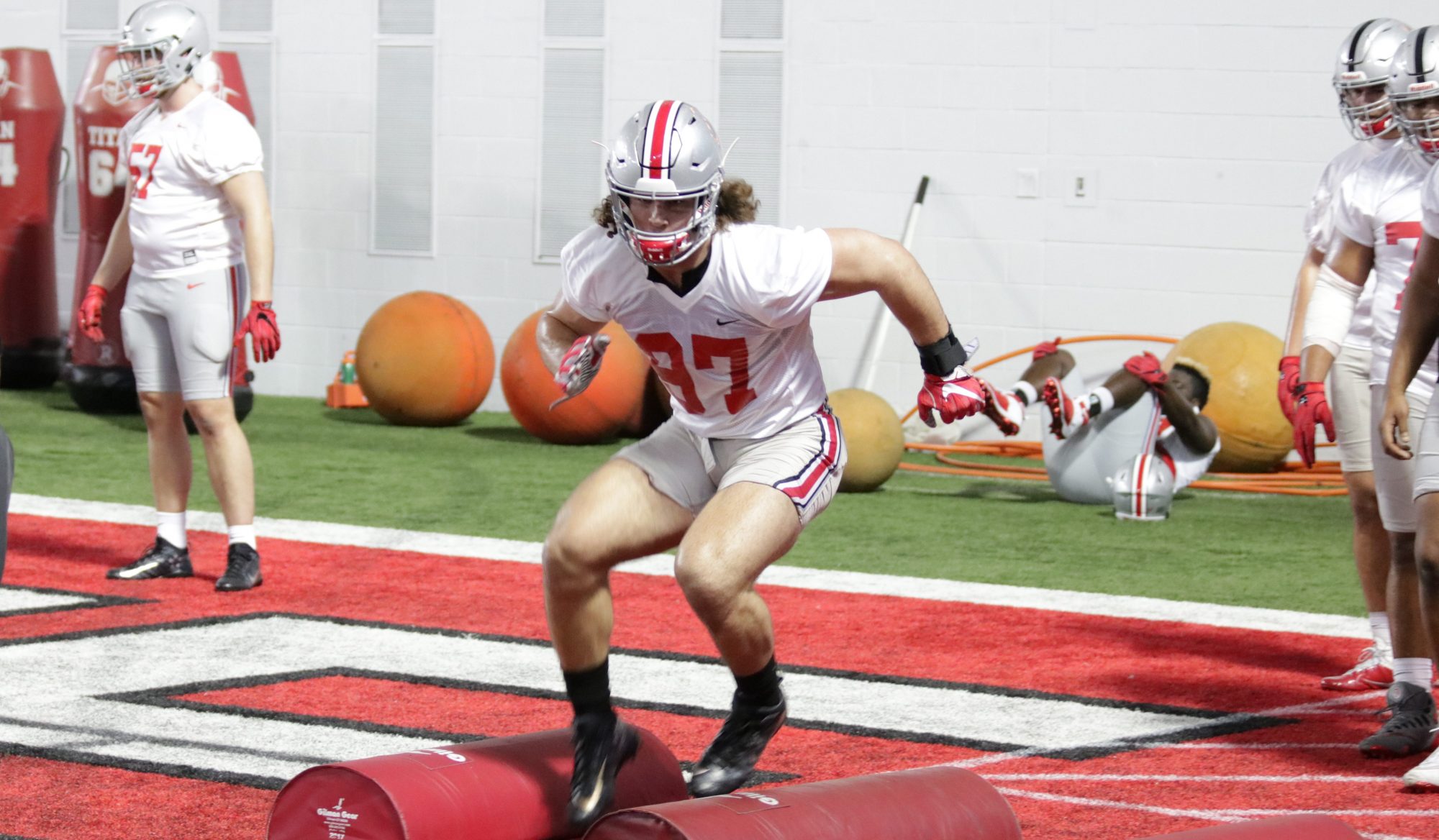 When former Buckeyes return Wednesday to the Woody Hayes Athletic Center for pro day from 11:30 a.m. to 3:30 p.m., Ohio State’s top projected pick in the NFL draft will not be a participant.

Defensive end Nick Bosa, who stood 6-3 3/4 and weighed 266 pounds before he did all drills March 3 during the NFL scouting combine at Lucas Oil Stadium in Indianapolis, is reportedly standing by those results. According to Ian Rapoport of NFL Network, the OSU star told teams the day after the combine wrapped up its Feb. 26-March 4 process.

Considered widely by draft analysts as a lock to go in the top three, Bosa felt he proved his worth at the combine. Six months after he underwent surgery Sept. 20 to repair a core muscle, which prematurely ended his 2018 season and Ohio State career Oct. 16, Bosa clocked a mark of 4.79 seconds in the 40-yard dash and repped the 225-pound bench press 29 times before performing across all on-field drills.

Like last year, all 32 league franchises are expected to attend pro day. Ten former Buckeyes who competed at the combine are slated to take the field with other products from the 2018 campaign, such as right guard Demetrius Knox, kicker Sean Nuernberger and left guard Malcolm Pridgeon.