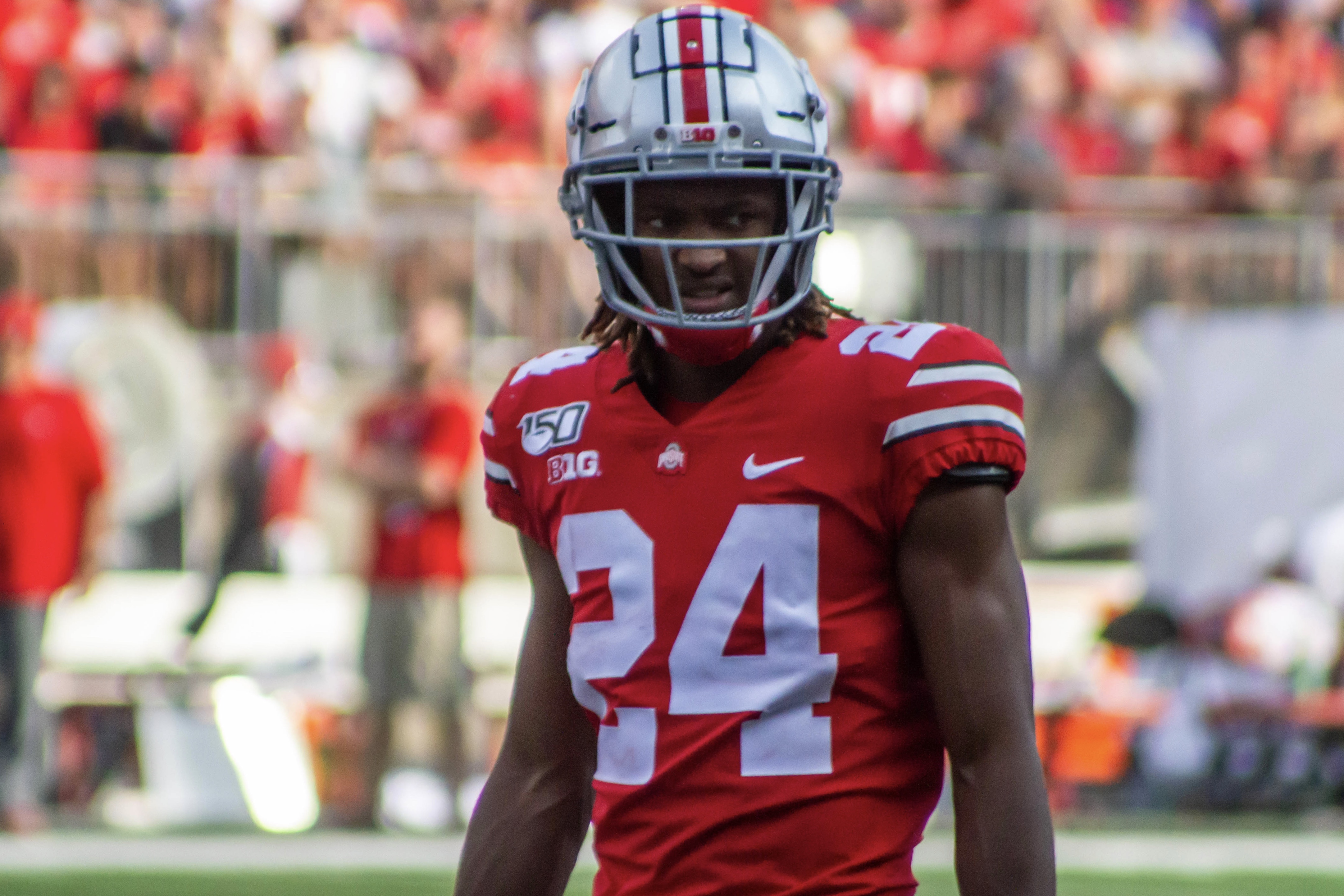 With the move to Jeff Hafley as Ohio State’s secondary coach came the concept of playing three corners along with safety Jordan Fuller.

The result has been improved play on pass defense across the board, and while Jeff Okudah and Damon Arnette have certainly benefitted, the defensive every man in redshirt sophomore Shaun Wade has been a major difference maker on more than one occasion.

Whether it be a big hit — something Wade has done time and time again this season — a pass breakup or sparking a turnover, Wade has been just as much an impact defensive player as anyone in the secondary.

For head coach Ryan Day, he said it was hard to fully explain just how much Wade brings to the table.

“You have to be able to do all those things to be really good at that position. Otherwise you have to keep moving different body types in there based on what you’re seeing. What Shaun gives us is great versatility because he has all those skills.”

Wade has 14 tackles, three for loss and two sacks this season. He also leads the team with five pass breakups and has a forced fumble.

These type of numbers are impressive, but don’t tell the full story of Wade, who has found a way to be a difference maker as the third starting corner in Hafley’s secondary, and is huge part of why Ohio State has moved from a bottom half pass defense to the No. 5 pass defense in college football.

This mine as well be titled the standout game, because it was what Wade did to Cincinnati, now a ranked team, time and time again.

Here on third down, Wade makes a perfect read to jump the receivers route, popping the ball up on a huge hit that should have went the other way for Chase Young.

This hard hitting has grown into a staple of Wade’s game, but was a relatively unknown trait of his prior the start of the season.

Ohio State pass rush is in the backfield again. Shaun Wade this time, and he nearly creates a turnover pic.twitter.com/vbQzxIjm06

On this play, Wade uses his speed to blow by Cincinnati’s left tackle and makes a beauty of a strip sack, though it could not be recovered by the defense.

Cincinnati was Wade’s magnum opus thus far in 2019, but the corner has been a consistent defensive threat at this point in the season, and should continue to be a problem for any offense that Ohio State faces because of his unmatched versatility.