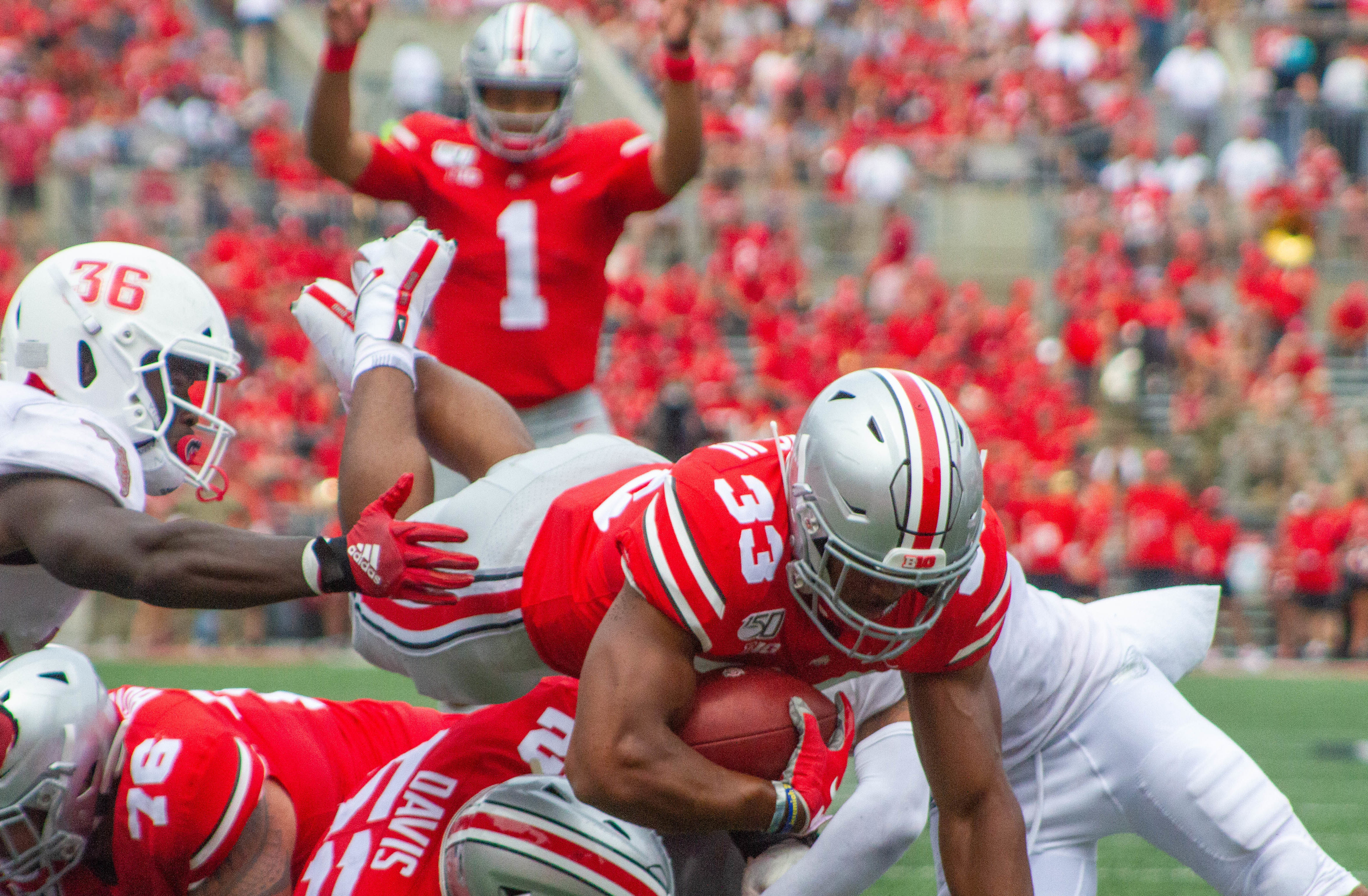 Halfway through the regular season, the BSB staff is each looking at two players — one on the offensive side and one on the defense — as difference makers that have helped lead the team to its dominant 6-0 start.

Ohio State spent training camp searching for a No. 2 running back to complement starter J.K. Dobbins after losing a productive back in Mike Weber to the NFL.

The competition primarily came down to fourth-year junior Demario McCall and redshirt freshman Master Teague, while the pair was also pushed by freshmen Marcus Crowley and Steele Chambers. Unfortunately for Teague, he missed much of camp with an undisclosed injury.

Once healthy, however, Teague seized sole possession of the No. 2 spot, serving as a suitable counterpart to Dobbins. While Dobbins likes to sidestep defenders and try to make them miss at times, Teague prefers a more downhill, ‘get out of the way or I’ll run you over’ type of running style.

Teague has rushed for 416 yards and three touchdowns on only 66 carries through six games. The 5-foot-11, 200-pound power back averages 6.3 yards per carry, which is remarkable given his physical running style.

The Murfreesboro (Tenn.) Blackman product ranks sixth in the Big Ten in rushing. He is only behind five bell cow backs and has posted nearly 100 yards more than the next-best backup tailback.

Teague’s ability as a pass blocker and receiver out of the backfield have also earned him more playing time. He uses his size and physicality to meet oncoming pass rushers at the point of attack. Teague has also displayed solid hands and proved to be dangerous out of the backfield as a receiver, taking his two catches for 45 yards.

“Master’s fast,” Day said of Teague. “He’s a big guy, but when he runs, gets behind his pads, he’s a load. We’re going to see Master running through again, two weeks in a row, where there’s contact made and he’s falling forward for four yards, and that makes a huge difference.”

Teague not only had a standout play against Indiana, but a standout drive which was capped by a highlight-reel run in the Buckeyes’ 51-10 win in Bloomington.

Ohio State started its drive at its own 3-yard line with 8:28 left in the third quarter and a comfortable 37-10 lead. The Hoosiers knew the Buckeyes wanted to run the ball and take some time off the clock, but Teague and Co. did not seem to care.

Teague took a first-down carry for three yards before and incomplete pass set up third-and-7. Indiana was flagged for defensive holding, giving Ohio State first-and-10 at the OSU 16.

Then, Teague ripped off a 16-yard run to move the chains again. Justin Fields completed a pass to Garrett Wilson for minus-1 yard and then threw an incomplete pass to Wilson, putting the Scarlet and Gray in a third-and-11 predicament.

From his own 31-yard line, Day called a running play to Teague. If he came up short, the Buckeyes would be forced to punt, but the redshirt freshman back would not be denied, breaking tackles and gaining 15 yards to gain another first down.

After an incomplete pass and another defensive holding call, Ohio State found itself at the Indiana 44-yard line with a fresh set of downs. Teague ran for four more yards, setting up a second-and-6 and the standout play of his season.

Teague took a carry on a counter play to the left side and burst through the hole behind his blocking. The powerful back displayed his elusive side by dodging the diving safety and accelerating toward the end zone for a 40-yard touchdown. The score gave Ohio State a 44-10 advantage with the ensuing extra point and putting a nail in the Hoosiers’ coffin.

Filling in for JK Dobbins, Master Teague puts on a show, with three big runs including a 40-yard touchdown. Six carries for 82 yards on the drive. pic.twitter.com/m8TgOIdDjA 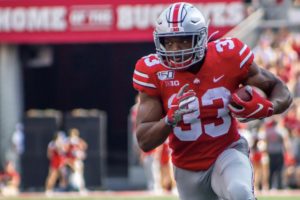 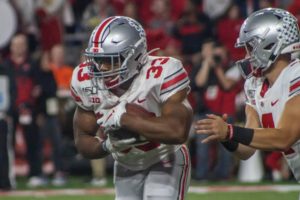 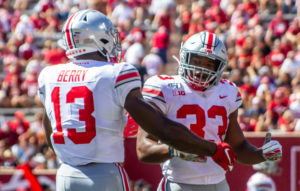 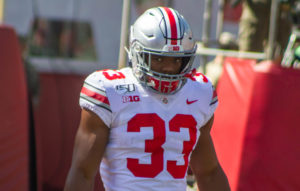 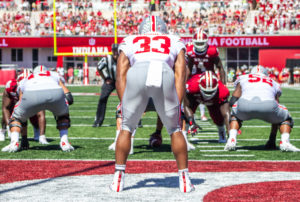 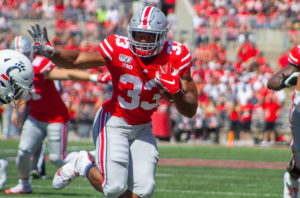 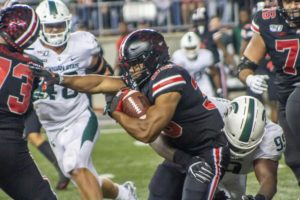 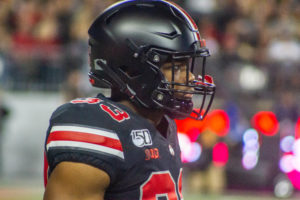 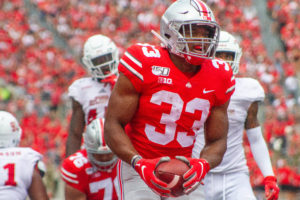