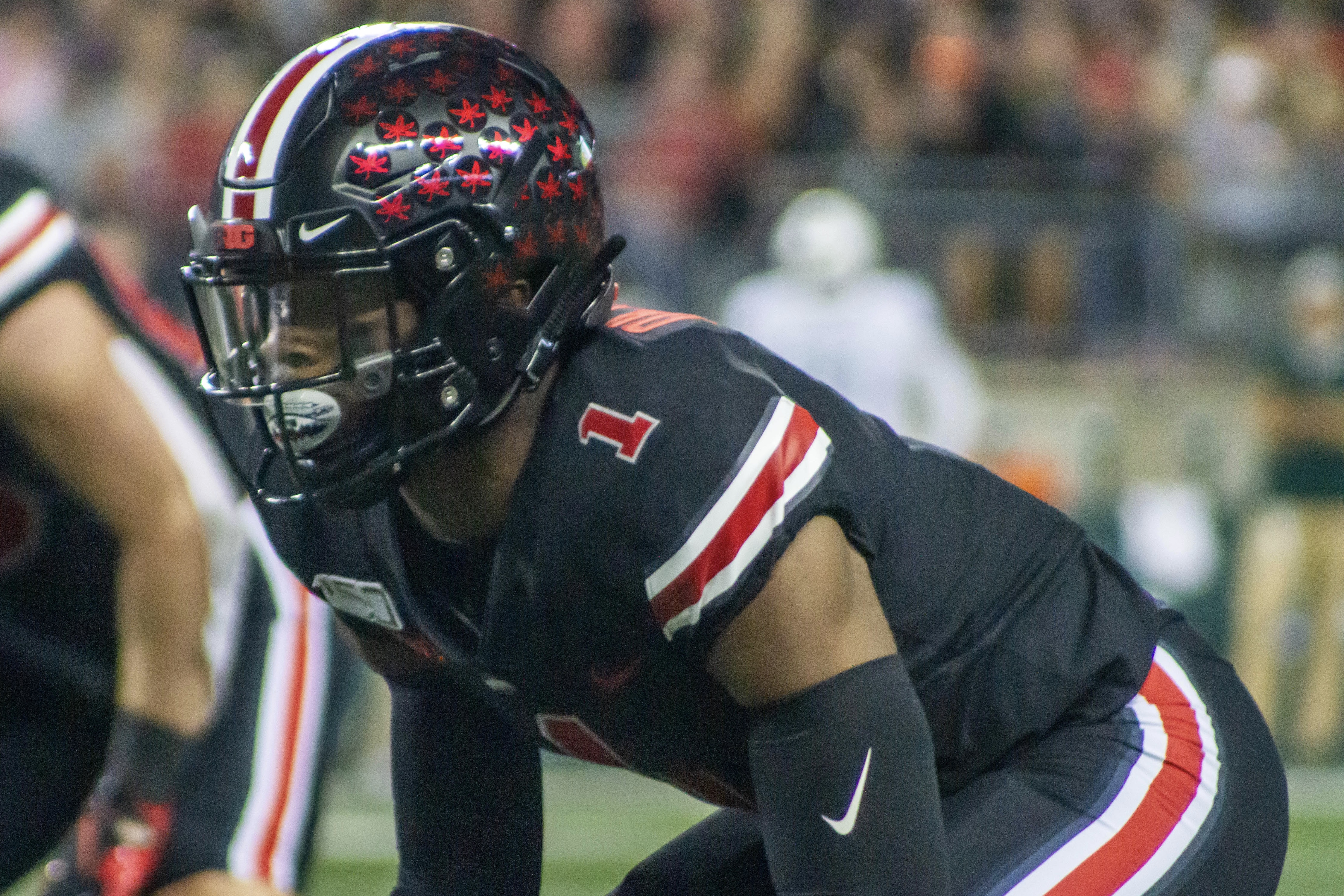 Halfway through the regular season, each member of the BSB staff is each looking at two players — one on the offensive side and one on the defense — as difference makers that have helped lead the team to its dominant 6-0 start.

One of several former five-star prospects on Ohio State’s defense, cornerback Jeff Okudah entered his junior season on the radar of NFL scouts thanks to his elite combination of size (6-1, 200 pounds) and speed (4.4-seconds in the 40-yard dash).

Yet the one knock on Okudah’s game was his lack of interceptions, as he went into the game against Miami (Ohio) on Sept. 21 with zero career picks.

Fast forward three weeks, and Okudah is now tied for fourth nationally with three interceptions — including two in the 48-7 win over Nebraska on Sept. 28. Not to mention his NFL stock, which has never been higher as a result.

Okudah, who hails from South Grand Prairie (Texas), played in 30 career games before he recorded his first career interception. And while it was overshadowed by the Buckeyes’ 76-5 thrashing of the RedHawks, he acknowledged it was nice to finally have that monkey off his back.

“I think it did give me some confidence to show myself I could do it,” Okudah said. “Then coming out and following up with a pretty good performance (against Nebraska), I think that speaks to the confidence I came into the game with.”

Ohio State co-defensive coordinator and secondary coach Jeff Hafley was thrilled for Okudah, who he said he coaches harder than anybody on the roster.

“I keep telling him not to press, but you know how that is,” said Hafley, who spent the last seven seasons as an assistant with the NFL’s Tampa Bay Buccaneers, Cleveland Browns and San Francisco 49ers. “Kid wants an interception. And now he gets another one, and another one. Hopefully they keep coming.”

“It seems to be a good fit right now,” Day said. “They’re off to a great start. Any time you come in with another year experience, another year in the program, I think that really matters. I think it’s a combination — he’s a year older and he’s really embraced the style of defense.”

One of the biggest changes from last year is the secondary relies less on press-man coverage and more on zone coverages in an effort to be more diverse. It allows Okudah to rotate with other defensive backs, watch routes develop and make more plays on the ball. It’s also one reason why he’ll surely be in the running for All-Big Ten and All-American honors at season’s end.

“He’s spending a lot of time listening to the ‘why,'” Hafley said of Okudah. “Like he’s starting to understand why certain routes are coming. I think he’s seeing the game a little bit different, and that slows it down for him. Mentally, I think he’s becoming a better football player.”

Okudah, on the other hand, gives all the credit to Hafley for helping him realize his potential.

“He’s someone who changed my whole career,” Okudah said.

Jeff Okudah has his second pick in as many games pic.twitter.com/uyrKcSBbQH