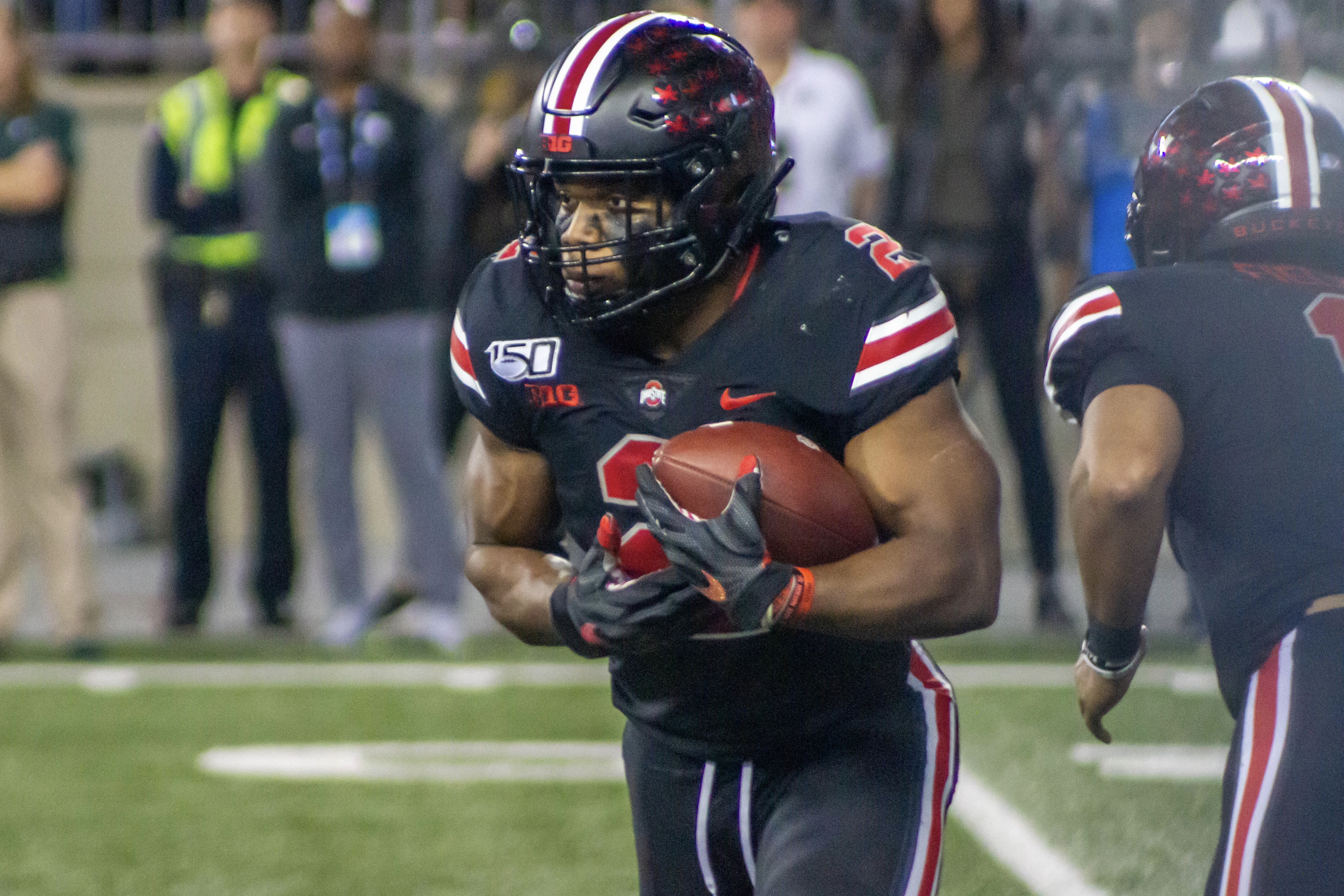 Halfway through the regular season, each member of the BSB staff is each looking at two players — one on the offensive side and one on the defense — as difference makers that have helped lead the team to its dominant 6-0 start.

Ohio State entered its Oct. 5 matchup with Michigan State relatively untested, but the Spartans — touting the nation’s second-best run defense at 1.86 yards per carry — figured to be more of a challenge for quarterback Justin Fields, running back J.K. Dobbins and the rest of the Buckeyes’ offense.

The first quarter went according to plan for the Michigan State defense, which held Ohio State to just 16 yards of total offense and trailed just 3-0 despite turning the ball over twice inside its own 30-yard line.

“It was a typical Ohio State-Michigan State game in the beginning,” Dobbins said after the game. “Those guys, they’ve got a good defense.”

But then the Buckeyes’ offense exploded in the second quarter, racking up 296 yards of offense before halftime. The outburst was highlighted by Dobbins’ 67-yard touchdown run that put Ohio State ahead 24-10.

“That was a home run hit right there that I think really changed the game,” head coach Ryan Day said. “Up to that point, we started to get it going a little bit, but that that kind of shifted and turned it into almost a 300-yard quarter. Any time you can hit home runs like that in the run game… boy, it’s a huge one.”

Dobbins, a junior from La Grange (Texas), carried the ball 24 times for 172 yards and the aforementioned touchdown in the win. And combined with redshirt freshman Master Teague, the Buckeyes rushed for more yards in one game than the Spartans had allowed through their first five games this season (323 to 279).

“It’s very hard to run the ball against them,” Day said. “You’ve got to wear them down and you’ve got to cover them up. The running backs have to turn four-yard runs into six, an then eventually over time, if you can’t start to run on them, you can maybe start to crack some. That’s kind of what happened. To run over 300 yards against that outfit is saying something.”

Dobbins — who often characterizes his 2018 season as a failure — has rushed for 826 yards this fall, good for second in the nation behind only Oklahoma State redshirt sophomore Chuba Hubbard, who has 1,094 yards. And while some would credit the offensive line first and foremost, running backs coach Tony Alford has noticed a significant change in his star pupil.

Dobbins has topped 170 yards in the first three games of Ohio State’s Big Ten slate — with 193 at Indiana on Sept. 14, 177 at Nebraska on Sept. 28 and the above-mentioned 172 against Michigan State. A similar output in Ohio State’s next game (Northwestern on Oct. 18) would put him on the cusp of 1,000 yards for the third straight season, something only one other Buckeye running back has accomplished (Archie Griffin, 1973-75),

“I just feel like I got my step back and I have a lot more pop,” Dobbins said. “Last year was terrible, so it’s better than it was last year.”