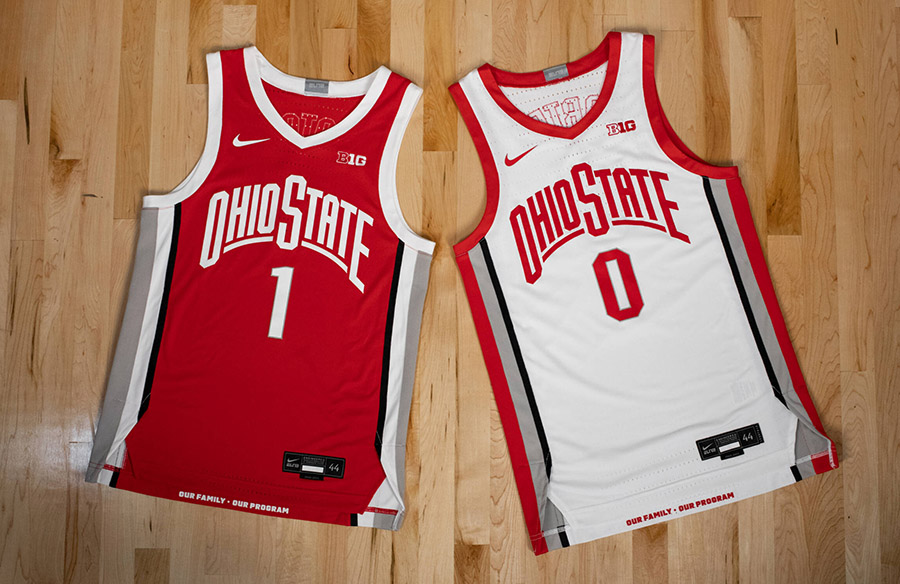 The Ohio State men’s basketball team will add 10 new players to its roster this season. Those Buckeyes received their uniform numbers on Tuesday morning.

Five freshmen, three transfer portal additions and two walk-ons will start their first seasons in Columbus this fall. Each of them will have their numbers when Ohio State takes on Egyptian and Puerto Rican national teams in the Bahamas this week.

For the freshman, Roddy Gayle will wear No. 1 for Ohio State, while Bruce Thorton chose No. 2. Brice Sensabaugh is the first to break into double digits with No. 10, with Bowen Hardman (No. 15) and Felix Okpara (No. 34) also picking two-digit numbers.

Wright State transfer guard Tanner Holden will wear No. 0 this year. That number was Meechie Johnson’s while he attended Ohio State. However, Johnson transferred to South Carolina in the offseason. West Virginia transfer small forward Sean McNeil will sport No. 4 and former Oklahoma State guard Isaac Likekele will appear in No. 13.

The Buckeyes’ newest walk-ons are Colby Baumann and Owen Spencer. Baumann chose No. 42 and Spencer took No. 42.