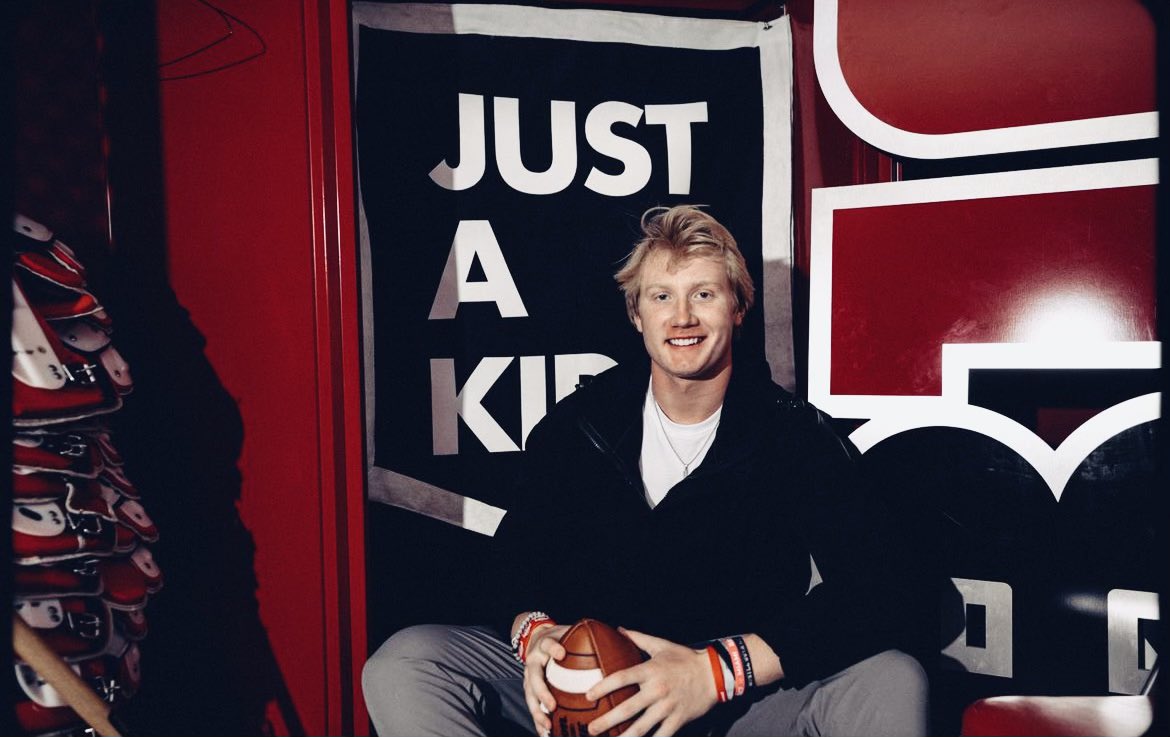 Ohio State’s 2023 recruiting class was issued another blow on Monday when Thompson’s Station (Tenn.) Independence four-star Ty Lockwood (6-5, 225) announced he is flipping his commitment to Alabama.

Lockwood’s flip comes only days after being offered by the Crimson Tide. He was offered on Friday and made a trip to Tuscaloosa this past weekend, which was enough to convince him to flip his commitment.

Lockwood was the first commitment in Ohio State’s 2023 class, initially pledging to the Buckeyes on Aug. 19, 2021, meaning he was in the class for nearly a year before flipping to Alabama. The Crimson Tide and head coach Nick Saban had clearly been working behind the scenes to make this happen, as there had been no smoke about a potential flip by Lockwood until Alabama’s offer went out.

Ohio State still has one commitment at tight end in Fairborn (Ga.) Langston Hughes four-star Jelani Thurman (6-5, 230), though there is also some concern with Thurman, who took an unofficial visit to Auburn this past weekend despite committing to the Buckeyes just two weeks ago. Ohio State is not currently involved with any uncommitted tight ends that it has issued an offer to, so the Buckeyes will likely settle for Thurman in the class.

Lockwood’s decommitment drops Ohio State to just 18 commitments in the 2023 class and the No. 4 class in the 247Sports team rankings behind Alabama, Notre Dame and Georgia. Lockwood is the second decommitment in the last week, joining Tampa (Fla.) Wharton four-star cornerback Dijon Johnson (6-1, 190), who decommitted from Ohio State on Saturday and is likely to end up at Florida.