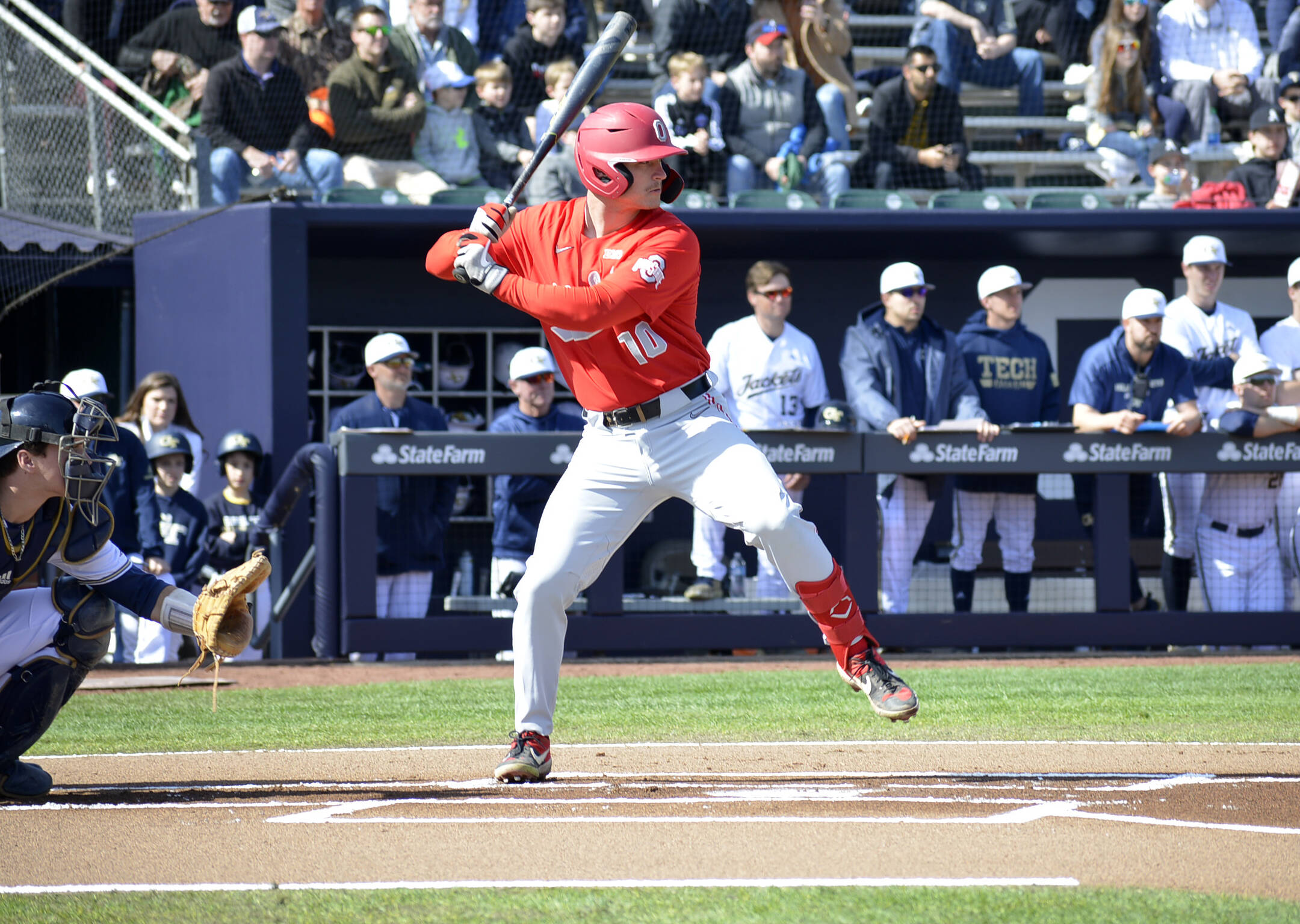 The North Canton, Ohio, native tied with Indiana’s Grant Richardson for the Big Ten lead with five home runs, while his .760 slugging percentage ranked second in the conference and No. 23 nationally.

Dingler hit all five of his homers in the last five games before the season was postponed and eventually canceled due to COVID-19, going 10 for 21 in that stretch while adding two doubles, 11 runs batted in and eight runs scored. Dingler recorded a 1.828 OPS (on-base percentage plus slugging percentage) in his last five games and was riding a team-high seven-game hitting streak.

During the shortened season, Dingler led Buckeye everyday starters with a .340 (17 for 50) batting average with a team-high five home runs, four doubles, one triple, 14 RBI and 12 runs scored.

In Ohio State’s victory at North Florida on March 10, Dingler became the first Buckeye in three years to hit three home runs in one game, earning him the No. 10 individual offensive performance of the season from Baseball America.

Dingler prepares to enter his second season as captain after earning second-team All-Big Ten honors as a sophomore.

The former high school football standout was a member of the 2019 Big Ten All-Tournament Team, helping lead the Buckeyes to a championship victory as the lowest seed (No. 7) to ever win.

Perfect Game listed Dingler as the No. 7 prospect in the Big Ten for the 2020 draft class, while D1Baseball.com had him at No. 14.

The 6-foot-3 and 210-pound catcher displayed his versatility as a freshman when he started the majority of the season in center field. Dingler stepped up in Ohio State’s NCAA Greenville Regional matchup against South Carolina, batting 2 for 5 with one long ball, one double and two RBI on June 1, 2018.

Dingler earned Big Ten All-Freshman Team honors in his first season and was named the top prospect in Prospect League by Perfect Game in 2018.

Getting it done in the classroom as well, Dingler is a three-time OSU Scholar-Athlete and an Academic All-Big Ten selection.

“Dillon returns for his second year as captain,” Ohio State head coach Greg Beals said before the season. “Dillon has great leadership skills, primarily by example, which are especially critical at the catching position. I have said it before, he has the ‘dude factor’ which has earned his teammates’ respect.”