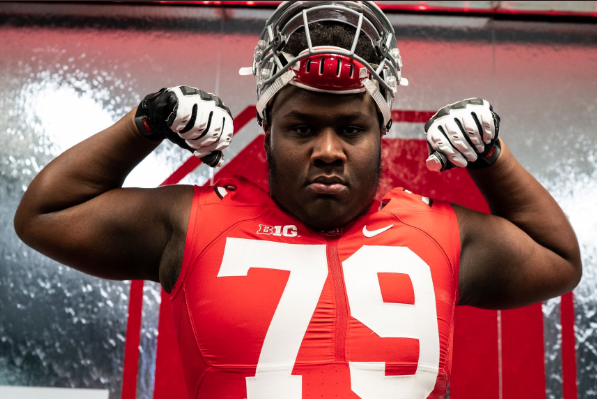 The 6-8, 360-pounder picked OSU over Florida, Indiana, Penn State and Southern California as the four others in his final five. He caps Ohio State’s 2019 recruiting class at 17 signees.

“We are really pleased to add Dawand Jones to our 2019 recruiting class,” head coach Ryan Day said in a statement. “He is a terrific, two-sport athlete who was offered scholarships in both football and basketball. We love his athleticism and length. He comes from one of the premier high school programs in Indiana and the Midwest. We are thrilled he chose to become an Ohio State Buckeye.”

A late bloomer, Jones earned an offer Nov. 21 from the Buckeyes when he took his first unofficial visit to Columbus. Jones, who was also recruited for Division I basketball, amassed 21 offers in football.

With his letter of intent, he gives Ohio State four offensive linemen for the 2019 recruiting class.