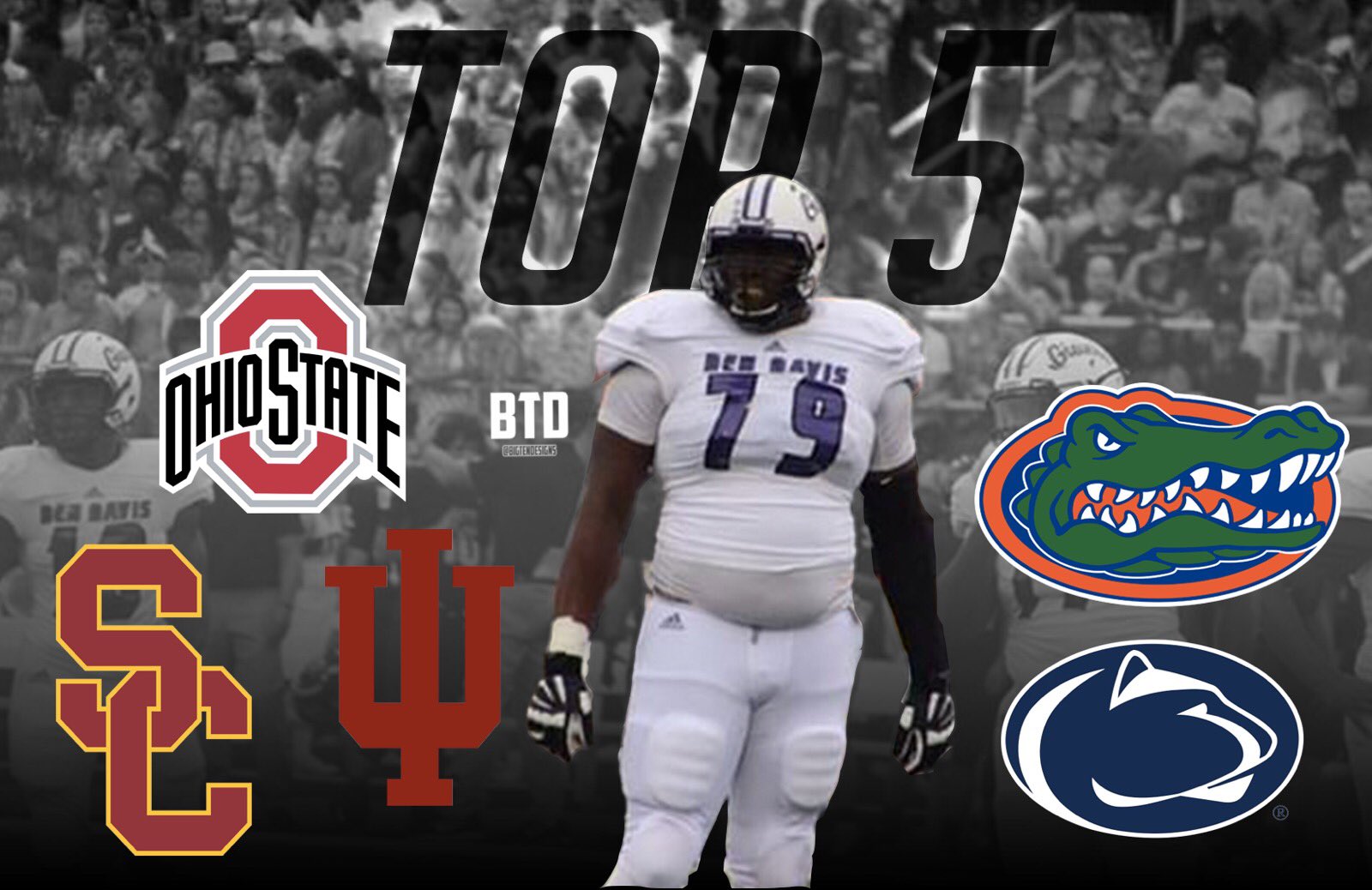 Ohio State hosted 2019 offensive tackle Dawand Jones for an official visit the weekend of Jan. 11, and the three-star target included the Buckeyes in his final five not long after.

Jones, a 6-8, 360-pound lineman from Indianapolis Ben Davis, listed Ohio State with USC, Indiana, Florida and Penn State on Monday evening as he trimmed his list to five finalists.

According to the 247Sports composite, Jones is the No. 1,026 overall player and No. 86 offensive tackle in the nation, but he’s considered to have a high upside with good athleticism for his size and a frame that can be groomed at the college level. Ohio State was receiving 90 percent of the Crystal Ball predictions for Jones’ commitment on 247Sports as of Tuesday morning.

Jones is expected to have a visit with offensive line coach Greg Studrawa later this week while head coach Ryan Day is set to join Studrawa for a visit Feb. 2, four days before National Signing Day.

Ohio State is in need of more offensive line reinforcements for 2019 after signing just two linemen – Mentor, Ohio, four-star tackle Ryan Jacoby and Buford, Ga., five-star center Harry Miller – during the early signing period. The Buckeyes also hold a commitment from four-star guard Doug Nester from Huntington (W.Va.) Spring Valley, but he has not yet shut down his recruitment. As things stand, the Buckeyes have just 11 scholarship offensive linemen on the roster for 2019.