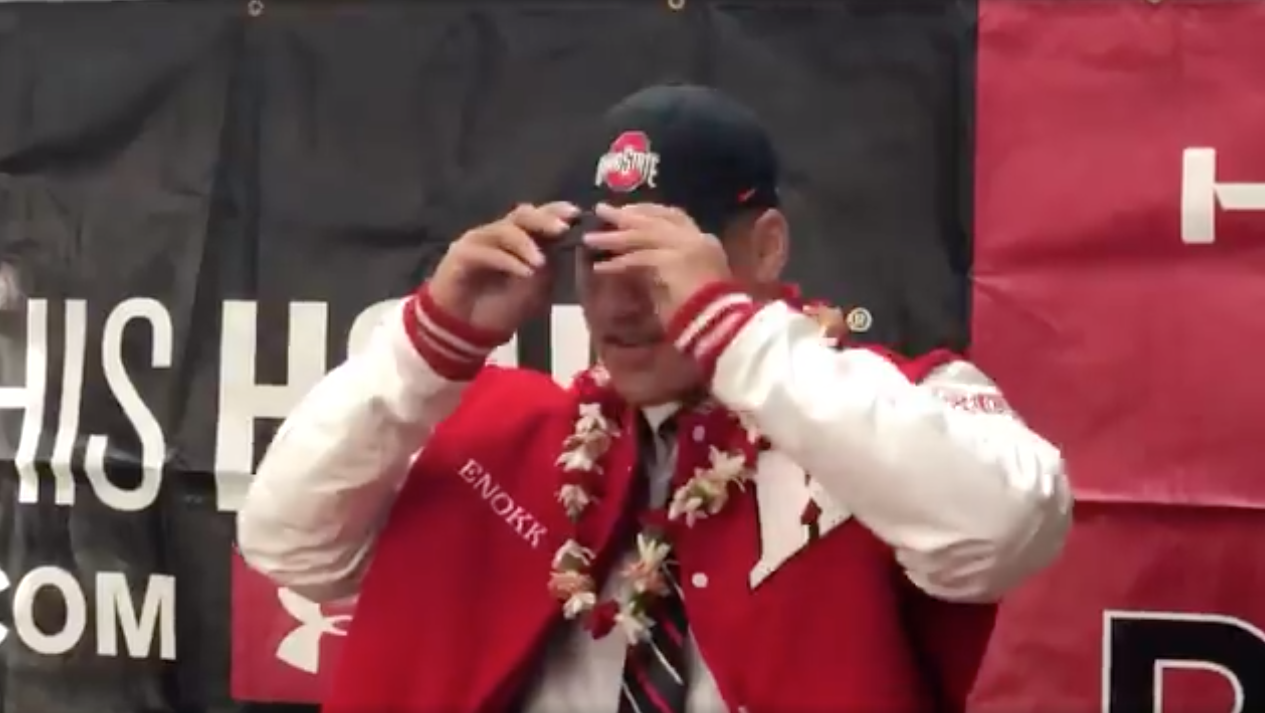 Ohio State football doesn’t exactly have a pipeline stretching to Hawaii, but that didn’t stop the Buckeyes from signing one of the Aloha State’s best players Wednesday afternoon.

Vimahi (6-4.5, 263) is rated as the No. 124 overall player, No. 7 offensive guard and No. 2 player in Hawaii in the 247Sports composite. He picked the Buckeyes out of a final three that included Oklahoma along with the Trojans.

Ohio State wasn’t heavily involved with the Hawaii prospect until after the 2018 season ended. He received an offer from Day’s staff Jan. 4 before officially visiting late in the month. Day also made an in-home visit with Vimahi – a trip that takes about 12 hours each way.

Vimahi becomes the 16th signee for Ohio State after 15 prospects inked national letters of intent during the December early signing period. He joins five-star center Harry Miller and four-star offensive tackle Ryan Jacoby as the offensive linemen in the class so far.

The Buckeyes entered National Signing Day with three key targets remaining, including Vimahi. The other two were four-star guard Doug Nester of Huntington (W.Va.) Spring Valley and three-star tackle Dawand Jones of Indianapolis Ben Davis. Nester flipped to Virginia Tech early in the day while Jones is set to publicly announce his commitment at 6:30 p.m.