More Formations Under Center Expected For Ohio State Offense In 2019 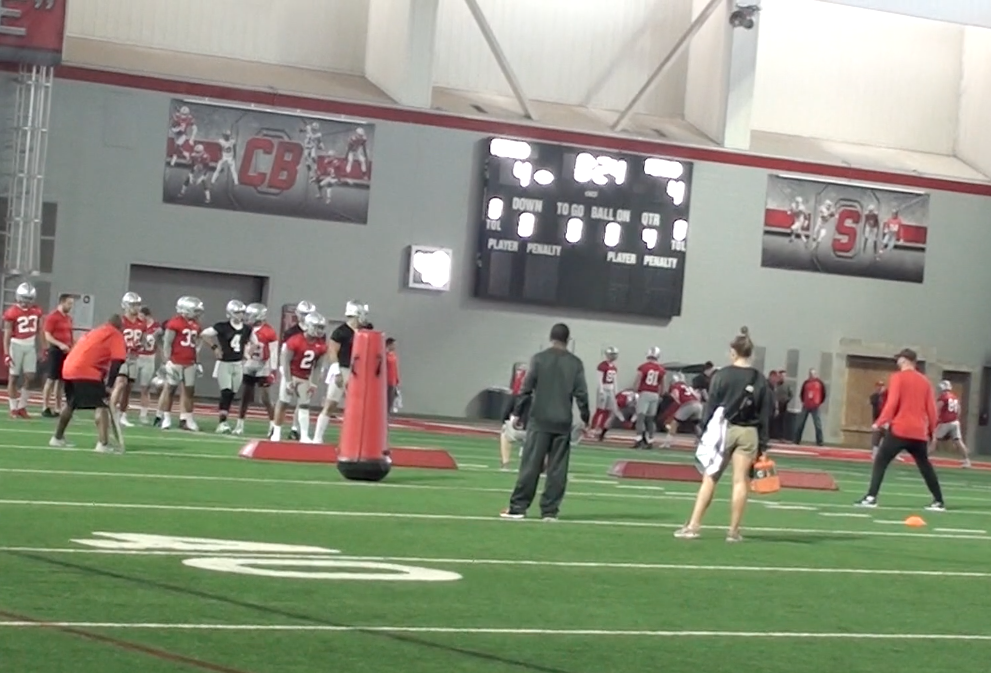 While Ryan Day stood behind the lectern in the Woody Hayes Athletic Center team room March 6 after Ohio State’s first practice of spring camp, the relatively new head coach shared potential changes to his third-year offense, including an under-center approach for short-yardage situations.

“We’re going to look at a lot of different things,” Day said. “Again, what does this team look like? We’re always trying to be on the cutting edge of a lot of things. We’ve studied a lot of peoples’ different film. We’re going to try to find — what is the next step for us? What is the thing that keeps us ahead of everybody else? So we’re going to look under some under-center stuff this spring.”

Sophomore quarterback Justin Fields grew comfortable as he got acclimated over time to the Buckeyes’ personnel and staff throughout 15 practices into the April 13 spring game, flashing his dual-threat ability out of Day’s shotgun-heavy scheme but welcoming the possible tweak.

Throughout the past two years (2017-18), while Day helped run the offense as its quarterbacks coach coordinator with tight ends coach Kevin Wilson, former head coach Urban Meyer (2012-18) held influence over decisions to operate out of the shotgun — even on fourth-and-inches situations — from 2018 starter Dwayne Haskins (6-3, 220) to three-time captain J.T. Barrett (6-2, 220) and Cardale Jones (6-5, 250).

Whether or not Fields (6-3, 223) becomes OSU’s quarterback for 2019 is ultimately undecided, although he has emerged as the clearcut favorite before junior graduate transfer Gunnar Hoak (6-4, 212) arrives from Kentucky in June for summer enrollment.

Beyond the quarterback, recently hired passing game coordinator/quarterbacks coach Mike Yurcich explained the under-center approach’s added benefits elsewhere in the offense, extending to other elements with junior J.K. Dobbins (5-10, 217) and the running backs among the beneficiaries.

“From an obvious, broad stroke element, it allows the tailback to get downhill a little bit more,” Yurcich said. “And then you’re trying to complement those runs with your play action. Anytime you’re able to create longer conflict for the defense, longer timeframe, meaning an under center — you take the snap, you fake it to the tailback — there’s a little bit difference of a matter of time that goes into that than when you’re in the gun. So you’re able to get more suck from the defense, at times, on your play action that complements those particular runs.”