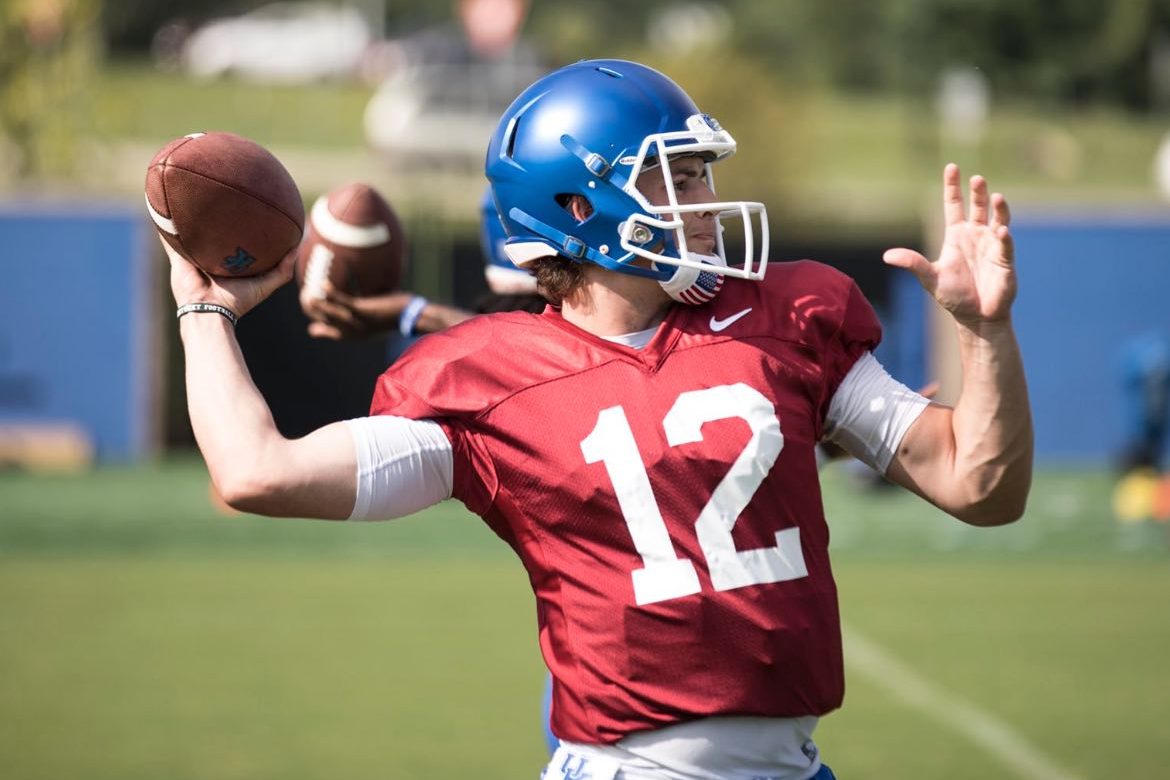 The 6-4, 212-pound Hoak was a three-star prospect from Dublin (Ohio) Coffman for the 2016 recruiting class, but has appeared in just five games in three seasons with UK  — completing 13 of 26 passes for 167 yards, two touchdowns and an interception.

Not only did Hoak grow up just 20 minutes north of campus, his dad, Frank Hoak, played under former Ohio State head coach Earle Bruce — his uncle, Fred Pagac, played under legendary coach Woody Hayes and was an assistant coach with the Buckeyes from 1978-2000 — and his cousin, Fred Pagac Jr., played linebacker in Columbus from 1999-2003.

Hoak camped at Ohio State and was in contact with former co-offensive coordinator/quarterbacks coach Tim Beck and co-defensive coordinator/linebackers coach/area recruiter Luke Fickell in high school, but did not land a scholarship offer from the Buckeyes. He then choose Kentucky over offers from Bowling Green, Buffalo, Cincinnati, Kent State, Syracuse and Toledo.

With junior starter Terry Wilson returning for another year, Hoak was set to be the backup once again this fall. He played well in the Wildcats spring game, though, completing 23 of 30 passes for 262 yards and a touchdown — which certainly made him an attractive option to Ohio State following the departure of redshirt freshman quarterback Matthew Baldwin.

Hoak will be a redshirt junior this fall and have two seasons of eligibility remaining. He’s expected to compete with sophomore Justin Fields for the starting quarterback position in preseason camp.