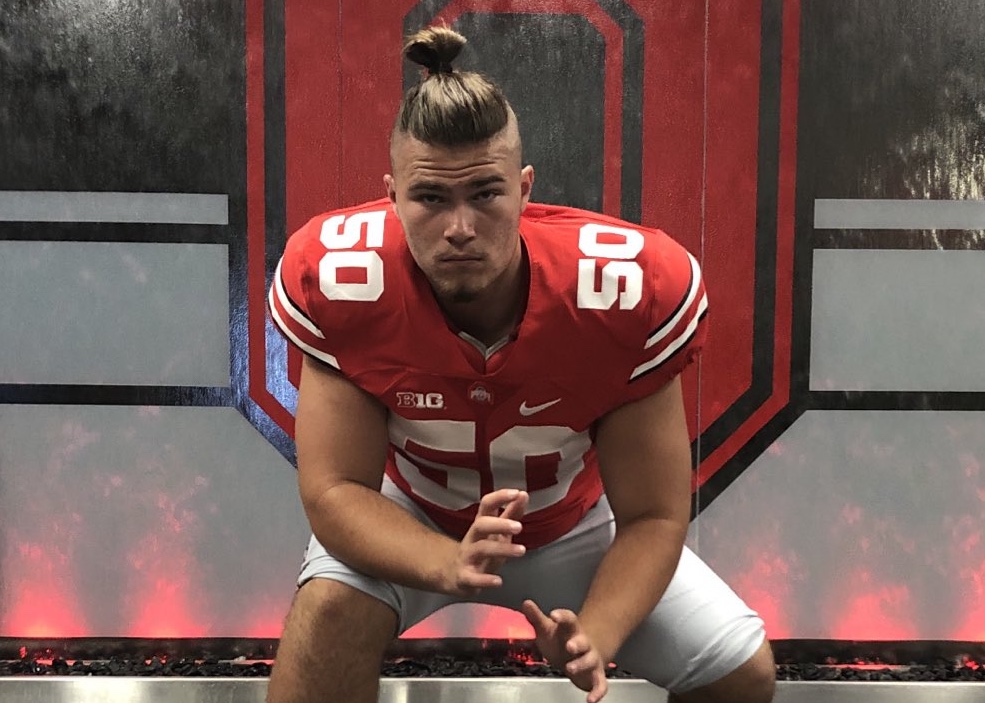 Another one of the nation’s top recruits included Ohio State in his top schools list when Clarkston, Mich., four-star offensive guard Rocco Spindler named the Buckeyes along with Michigan, Notre Dame, Penn State and LSU in his final five.

At 6-foot-4 1/2 and 315 pounds, Spindler is the No. 2 offensive guard and No. 44 overall prospect in the country for 2021. Ohio State commit Donovan Jackson is the No. 1 guard in the country, with four-star commit Ben Christman as the only other offensive line commit to date.

According to 24a7Sports’ crystal ball predictions, Michigan and Notre Dame each have a 50 percent chance of landing Sprindler, although the average confidence level is higher for the Fighting Irish.

With Spindler’s offensive tackle teammate at Clarkston, Garrett Dellinger, reportedly leaning toward LSU, the Tigers could swoop in if Dellinger can persuade him to join him. Dellinger included the Buckeyes among his final four schools on May 13.

Spindler was evaluated by 247Sports national recruiting analyst Allen Trieu, who compares him to Zack Martin of the Dallas Cowboys and projects him as a second- or third-round pick.

“Does not carry a lot of bad weight. Naturally stocky. Has room to add weight, but frame and style of play suggest he will not need to add a lot more mass,” Trieu wrote. “Could play offensive or defensive line in college. Has played varsity against strong competition since his freshman season. Will come into college ready to work and compete at that level.

“Plays tough and aggressive. Has a wrestling background, and that shows in his strength and ability to use leverage. A good athlete who can pull and make blocks in space on offense and track plays down on defense. Adding more weight to his frame will be the key for him in playing early, but he has all the other needed qualities to be an impact player in college and a potentially early impact player. Guard, center or defensive tackle are all possibilities in college. He has the potential to hear his name called in the first round of the NFL draft.”

Spindler’s father, Marc Spindler, was the 1986 USA Today High School Defensive Player of the Year before earning Freshman All-American and second-team All-American honors at Pitt. Marc was a third-round pick (No. 62nd overall) by the Detroit Lions in the 1990 NFL Draft and spent nine years in the NFL (1990-1998) with the Lions and Jets.