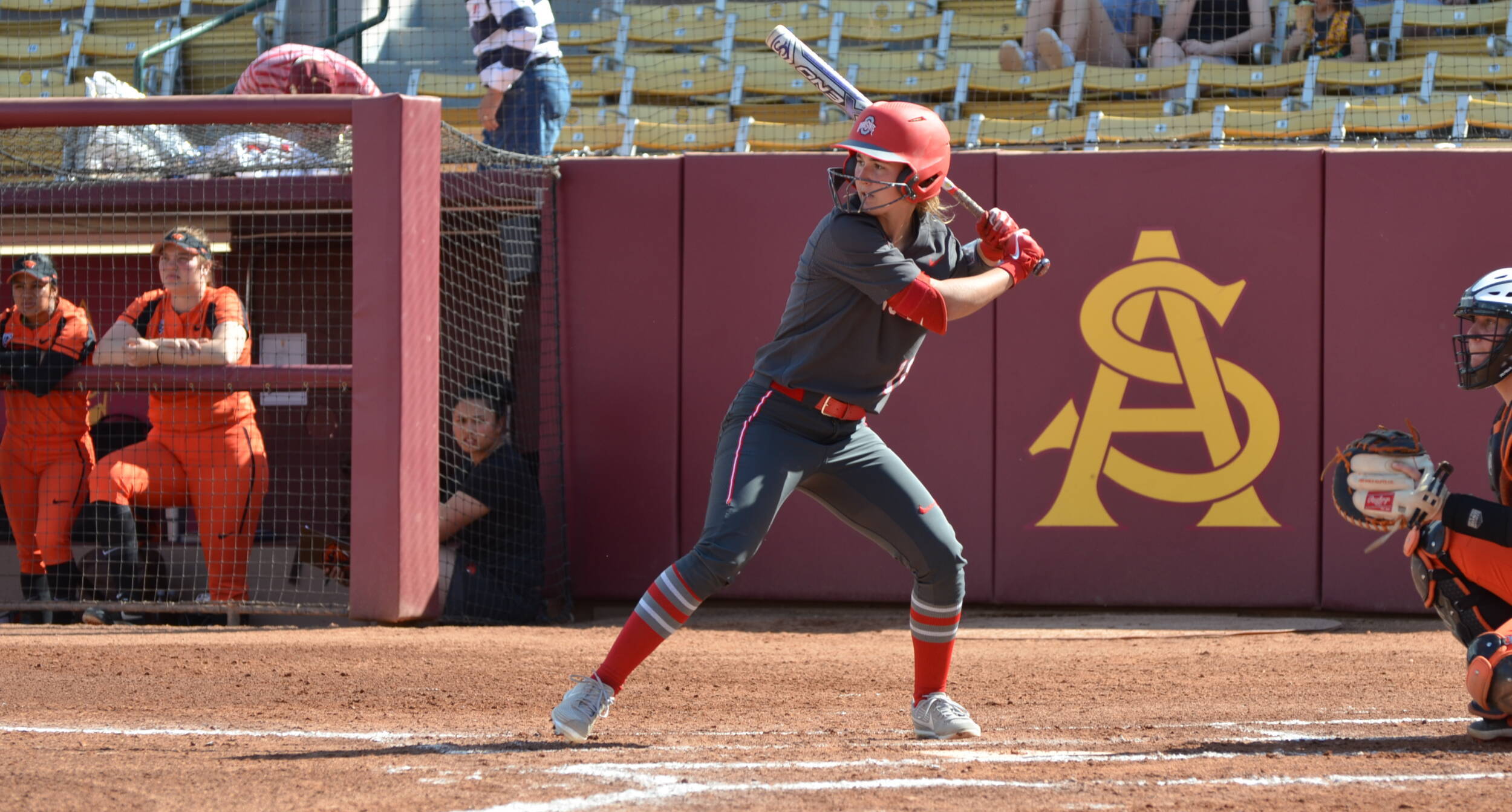 Ohio State senior outfielder for the softball team, Andi Farrah, is a recipient of the Woody and Anne Hayes Award postgraduate scholarship.

According to the press release, “The award, established in 1979, provides one or more varsity athletes with financial assistance for postgraduate studies. The recipients of this scholarship are student-athletes who have demonstrated academic achievement (3.00 GPA minimum) and leadership qualities.”

Farrah appeared in 16 games for the Buckeyes this past season, which was shortened due to the spread of coronavirus, which forced the Big Ten to cancel the remainder of the schedule for all spring sports. In those 16 games, 12 of which were starts, she batted .282 with a double, triple, home run, and four RBI. Farrah also stole a pair of bases and had a perfect fielding percentage.

In her Ohio State career, she was a part of three teams that made NCAA tournament runs, and finished her time with the Buckeyes with 40 runs, 34 hits, 18 stolen bases, 13 RBI and a 1.000 fielding percentage as an outfielder.

Farrah also earned her degree in health sciences, and became a Big Ten Distinguished Scholar in the 2018-19 academic year for having a grade-point average of 3.7 or better.