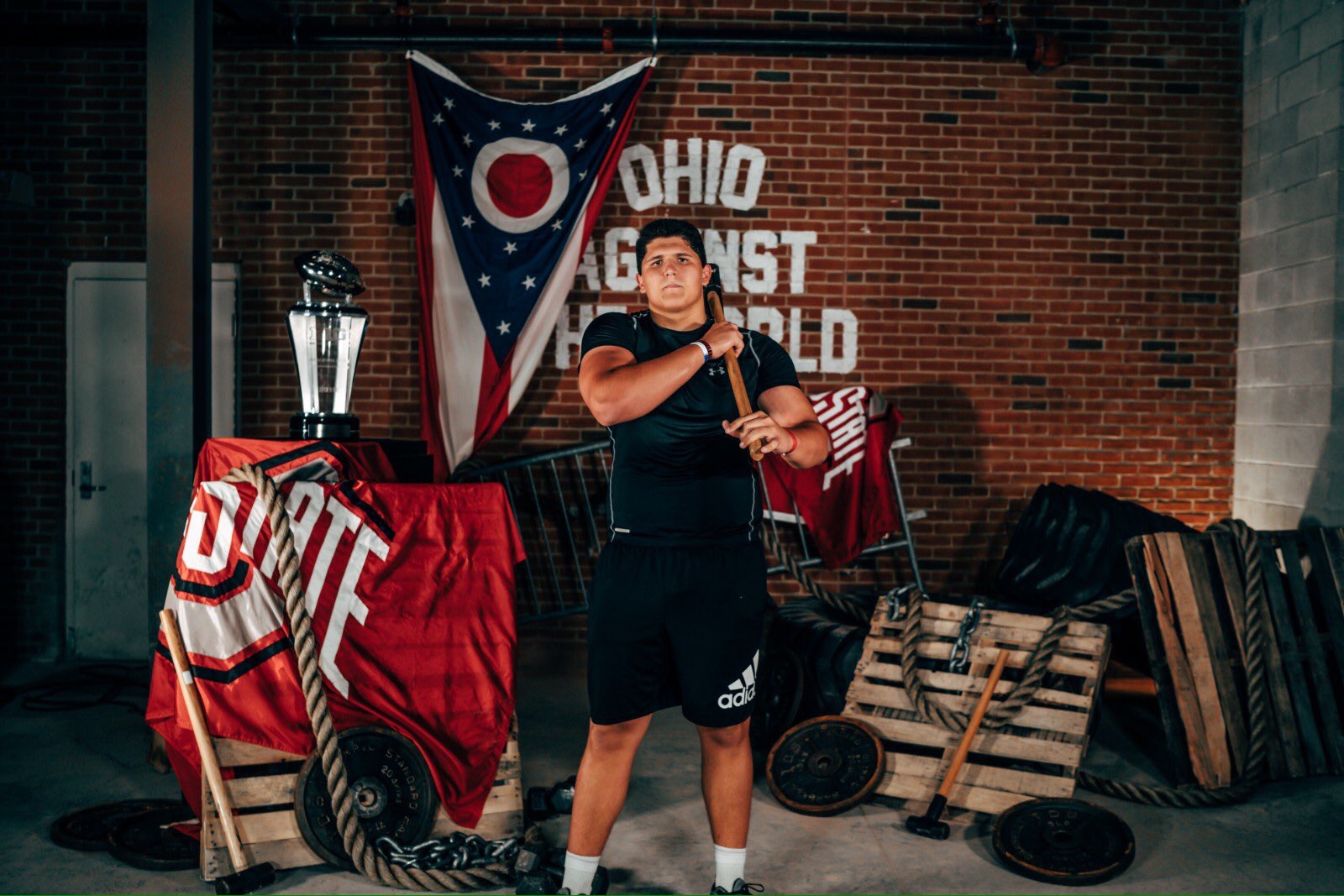 Ohio State landed a commitment from one of the top-rated rising juniors in the state on Wednesday evening when Richfield (Ohio) Revere four-star offensive tackle Ben Christman pledged his services to the Buckeyes.

The 6-6, 290-pound Christman is considered the ninth-best offensive tackle and No. 44 prospect in the class of 2021, as he earned third-team all-state honors after racking up more than 60 pancake blocks last season. He picked Ohio State over nearly two dozen offers from programs such as Alabama, Florida, Georgia, Kentucky, LSU, Michigan, Michigan State, Notre Dame, Penn State, West Virginia and Wisconsin, among others.

Like most in-state kids, Christman grew up rooting for the Buckeyes, and an offer from offensive line coach Greg Studrawa in early February instantly put the program at the top of his list. He visited campus for the first time in March and then again last Friday for the program’s inaugural Bash & BBQ, which is when he decided Columbus was the place to be.

Although it’s still very early in the process, this haul gives Ohio State the top-ranked class in the Big Ten and third-best class in the country.