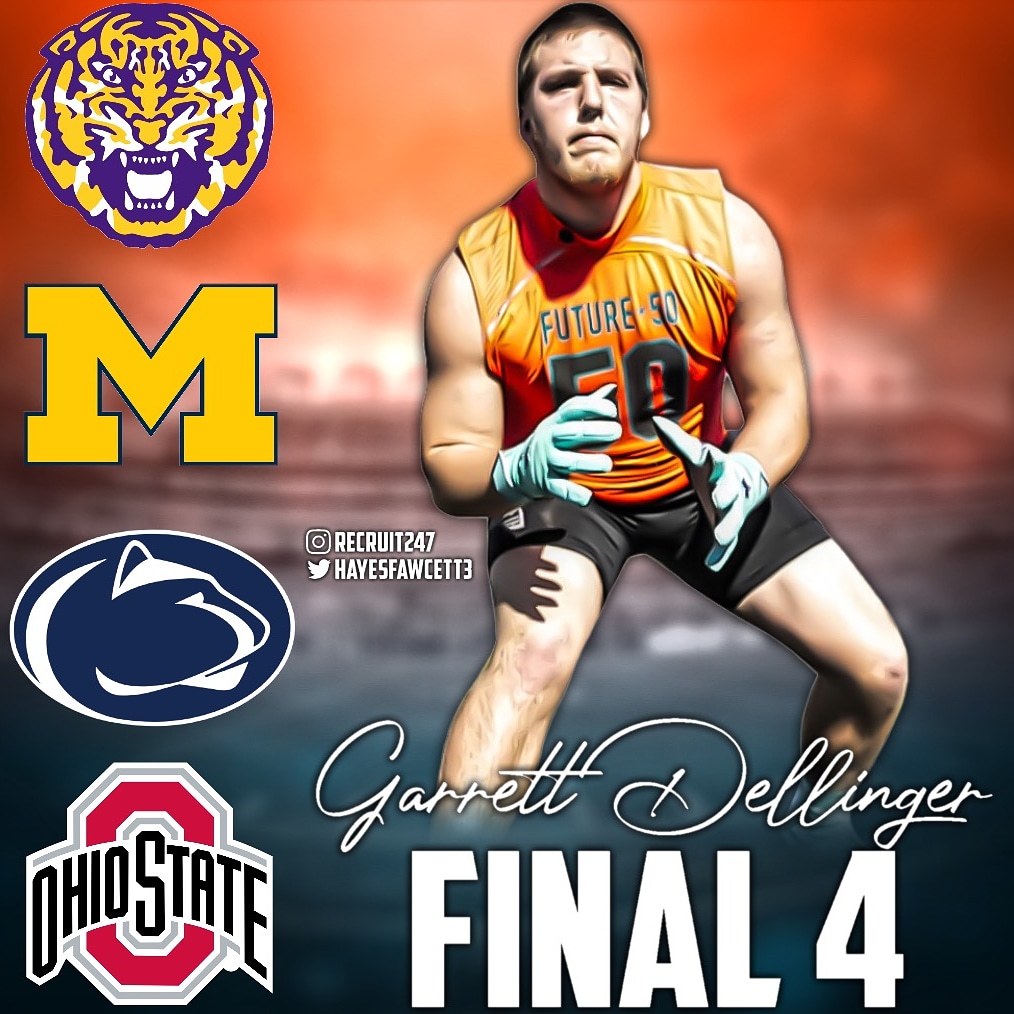 Ohio State found itself included amongst the final four schools in contention for four-star Clarkson, Mi., offensive tackle Garrett Dellinger when he released his list on May 13.

The Buckeyes made the cut along with the reigning national champion LSU Tigers, his home-state school, Michigan, and Penn State. Dellinger is ranked within the top 100 of both the 247Sports composite and in-house rankings, sitting at No. 80 in composite as the No. 12 tackle, and No. 75 in the in-house rankings, checking in as the No. 11 tackle. He’s the teammate of four-star tackle Rocco Spindler, also a Buckeye target.

“Tall, but is naturally broad-shouldered and will be able to carry a lot of good weight in college,” 247Sports analyst Allen Trieu wrote in his evaluation of Dellinger. “Very good athlete who has also played varsity basketball since his freshman season. Plays tough and gets off the ball with good pad level. Has balance and coordination in space. Good strength given his age, still continuing to make progress in that department will be key for him the next couple of years.

“Has experience at both guard or tackle. Solid bender, can still keep improving in the flexibility department. Pass set is good because of his feet and athletic ability but we have not seen him go against elite pass-rushers yet. Likely projects more to tackle eventually. High-level prospect with great physical tools, experience competing against good competition in several sports and intangibles as well. Will be an impact player and early round NFL draft choice with proper progression.”

Dellinger has yet to visit Columbus, and his Crystal Ball reads 100 percent in favor of LSU with 11 predictions in, however Michigan appears to be trending in the right direction. Ohio State is firmly focused on tackle J.C. Latham and guard Jager Burton, and likely won’t push very hard for Dellinger unless those two targets land elsewhere.