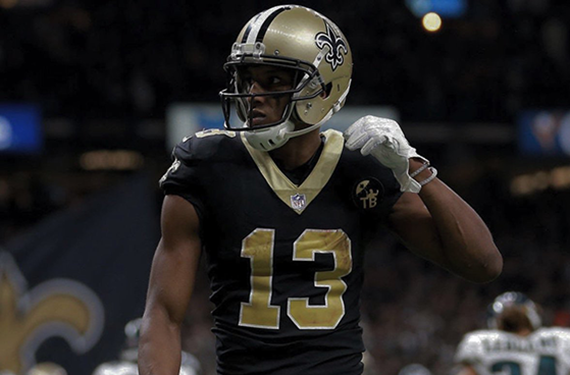 Six former Ohio State players found their way onto NFL Network’s list of the top 100 players for the 2020 season. Of the six former Buckeyes, four were in the top 35, which the other two being Pittsburgh Steelers defensive lineman Cameron Heyward at No. 84 and New Orleans Saints cornerback Marshon Lattimore at No. 76.

This list, as voted on by the players, had Baltimore Ravens quarterback and reigning NFL Most Valuable Player Lamar Jackson at the top of the list, followed by Seattle Seahawks quarterback Russell Wilson, Los Angeles Rams defensive tackle Aaron Donald and Kansas City Chiefs quarterback Patrick Mahomes at No. 2, 3 and 4, respectively.

The NFL Offensive Player of the Year comes in at No. 5 on the @NFLNetwork’s #NFLTop100: @CantGuardMike!

Rounding out the top five was former Buckeye Michael Thomas, who is coming off a historic season with the Saints where he finished with a NFL record 149 catches and earned NFL Offensive Player of the Year.

The 1,725 receiving yards with the Saints in 2019 alone was more than Thomas put up across three seasons at Ohio State, where he picked up 113 catches for 1,602 yards and 18 touchdowns before getting selected in the second round, No. 47 overall by New Orleans in the 2016 NFL Draft.

After winning NFL Defensive Rookie of the Year, San Francisco 49ers defensive end Nick Bosa debuted at No. 17 on the list, the highest ranking for a rookie in the history of the top 100.

Bosa ended his first season in San Francisco with 47 tackles (32 solo), 16 tackles for loss, nine sacks, two fumble recoveries, a forced fumble and an interception he returned for 46 yards. His efforts helped lead a defense that made it to the Super Bowl before ultimately falling to the Chiefs.

While at Ohio State, Bosa did enough to get drafted second overall in the 2019 NFL Draft by the 49ers, finishing with 77 tackles, 29 of which were for loss and 17 1/2 sacks in just 29 games after missing the majority of his junior season due to injury.

Dropping six spots from his No. 18 ranking in 2019, Dallas Cowboys running back Ezekiel Elliott stays in the top 25 and comes in at No. 24.

Since entering the league in 2016 after being selected No. 4 overall by the Cowboys, Elliott has went to three Pro Bowls and has made First Team All-Pro once. He immediately continued his dominance from his time at Ohio State, where he finished his collegiate career with back-to-back 1,800-yard seasons, scoring 41 total touchdowns in the 2014 and 2015 seasons.

In total, Bosa has amassed 201 tackles (148 solo), 40 sacks, six forced fumbles and a pair of fumble recoveries across four seasons and 51 games played.

Bosa was taken third overall in the 2016 NFL Draft by the then-San Diego Chargers, and has made two Pro Bowls since his arrival. Back at Ohio State, he was a two-time consensus All-American while finishing his collegiate career with 148 tackles (101 solo), 51 TFL, 26 sacks, five forced fumbles, two fumble recoveries, an interception and a defensive touchdown across 38 games played.