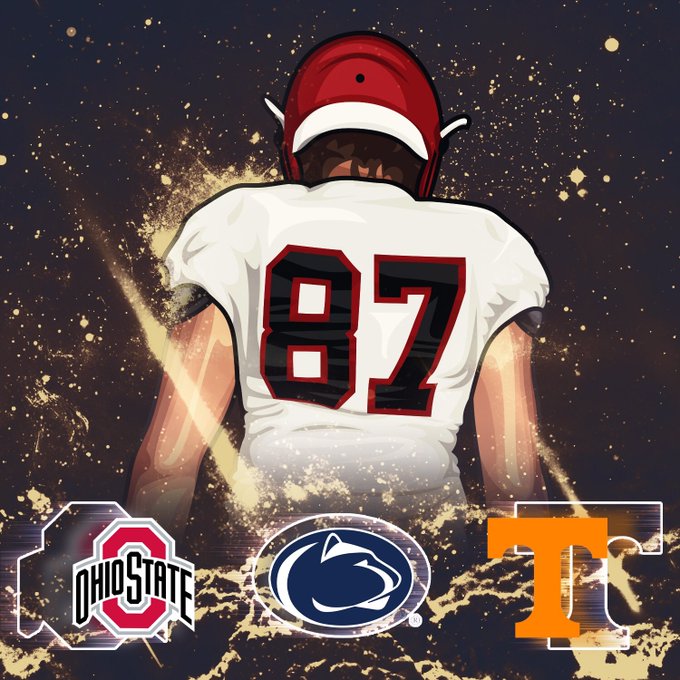 But if that doesn’t work out, it appears the Buckeyes have put themselves in a good position with 2022 Acworth (Ga.) Allatoona three-star tight end Bennett Christian, who included Ohio State in his top three on Wednesday afternoon alongside Penn State and Tennessee.

The 6-5, 225-pound Christian is considered the 18th-best tight end in the class of 2022, as he hauled in 12 passes for 226 yards and two touchdowns in six games for the Buccaneers last season.

All three finalists extended an offer to Christian during a two-day period in early June, with head coach Ryan Day, offensive coordinator/tight ends coach Kevin Wilson and executive director of football relations Tim Hinton leading the charge for the Buckeyes. He’s never been to campus, but plans to visit in the coming months – even if that means making the trip in a casual manner amid the coronavirus pandemic and lack of NCAA-sanctioned recruiting visits.

Ohio State is the only program to which Christian does not have family ties. In fact, his father, Bill, played defensive tackle for the Volunteers while his mother cheered for the program, and his uncle, Greg, played defensive line for the Nittany Lions. None of them are pushing him to follow in their footsteps, though, which is certainly good news for the Buckeyes, who missed on another Tennessee legacy (Savannah, Tenn., Hardin county four-star tight end Hudson Wolfe) earlier this cycle.

Depending on what happens with the class of 2021, the Buckeyes will look to add either one or two tight ends in 2022. Christian; Dickinson, Texas, four-star Donovan Green; Atlanta Westminster School four-star Holden Staes; and Pilot Mountain (N.C.) East Surry four-star Benji Gosnell are the four players at the position that hold offers from the staff thus far.