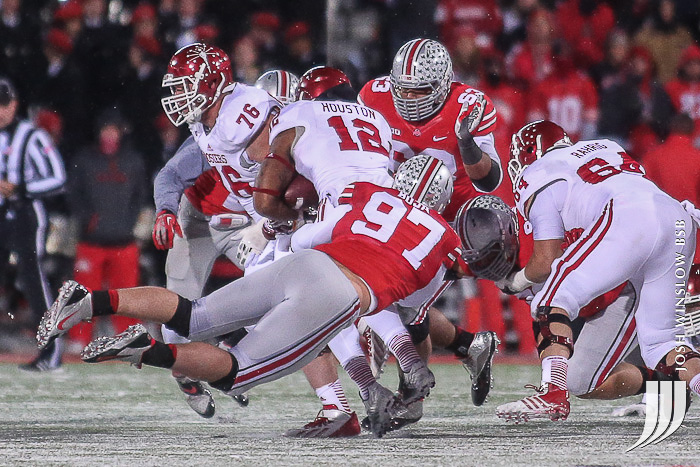 It seems that NFL stars that come from Ohio State get paid.

Defensive end Joey Bosa, who played at Ohio State from 2013-15, signed a 5-year, $135 million extension with the Los Angeles Chargers, according to a report by ESPN’s Adam Schefter.

With one year left on his rookie contract, Bosa has $102 million guaranteed, which is a new NFL record for a defensive player.

Chargers and DE Joey Bosa reached agreement on a 5-year, $135 million extension that ties him to LA the next six years, league sources tell ESPN. He had $78M fully guaranteed at signing and $102M guaranteed – a new NFL defensive record.

Bosa has been a key member of the Chargers defense ever since he was drafted third by the then-San Diego Chargers in the 2016 NFL Draft, racking up 201 tackles (148 solo), 40 sacks, six forced fumbles and a pair of fumble recoveries across four seasons and 51 games played.

This past year, Bosa finished with 67 tackles (47 solo), 11 1/2 sacks and a forced fumble after playing in all 16 games for just the second time in his NFL career.

This offseason, two other major former Buckeyes – New Orleans Saints wide receiver Michael Thomas and Dallas Cowboys running back Ezekiel Elliott – each signed massive extensions of their own. Thomas’ five-year, $100 million extension was the highest ever for a receiver, and Elliott signed a six-year, $90 million extension that made him the highest-paid running back in the NFL.

Bosa, who was a two-time consensus All-American while with the Buckeyes, is now the highest paid former Ohio State player in the NFL.