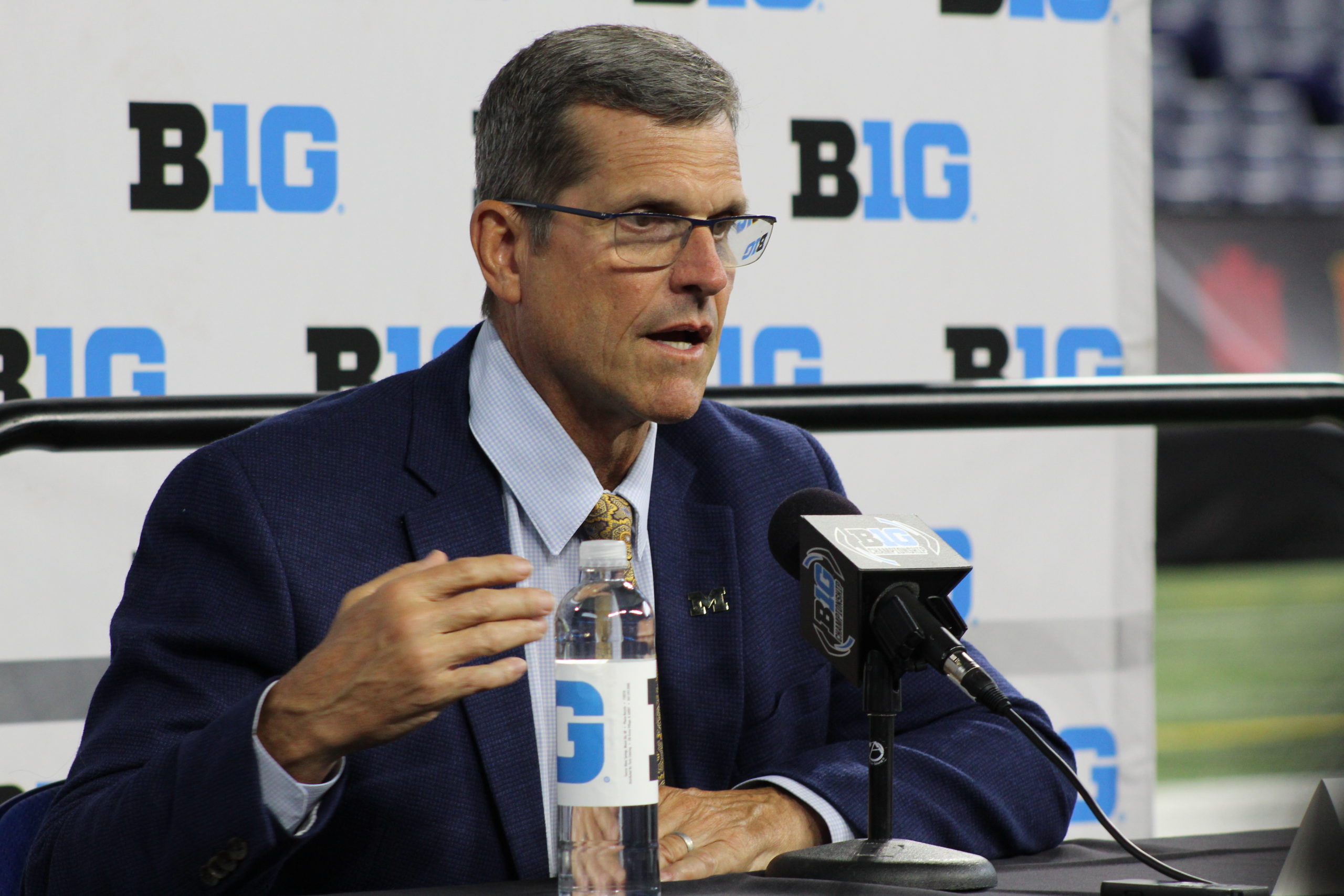 Name, Image and Likeness has dominated the collegiate landscape dating back to last summer, and Ohio State has often found itself at the center of the conversation due to its national prominence. The topic once again came up at Big Ten Media Days on Tuesday, in which several schools – including Michigan – were represented by their head coach and several student-athletes.

“My thoughts are that I think we could do more,” Harbaugh said. “I think we could maybe double (the $13 million) at Michigan. I think that’s possible. I think it’s going in a terrific direction that way.”

Ohio State’s boosters were one of the first groups on the scene as NIL developed throughout the scene, with The Foundation – a booster-led collective that provides NIL opportunities for Ohio State student-athletes – going into operation earlier this year. According to Business of College Sports, several collectives have launched that will support Michigan student-athletes, though it does not appear that any have found the mainstream success of collectives at other schools, such as Ohio State’s The Foundation or Tennessee’s Spyre Sports Group.

Several numbers have been reported regarded NIL deals for Ohio State’s student-athletes, including a recent deal between four Buckeyes – Stroud, TreVeyon Henderson, Jaxon Smith-Njigba and Denzel Burke – that will pay each $550,000. Exact numbers are not reported for the majority of NIL deals, but it is believed that Ohio State is near or at the top in both deals conducted and money brought in.

While Michigan likely would have some catching up to do to match Ohio State, Harbaugh is supportive of the school’s NIL efforts and believes that they can match the Buckeyes, if not surpass them at some point. Beyond NIL, Harbaugh also added on Tuesday that he is support of revenue-sharing for players, which was recently brought into the spotlight by Penn State quarterback Sean Clifford.

“You know me, I’ve always been for NIL,” Harbaugh said. “I believe players should have a share in the revenues. I think that’s something that’s really possible at Michigan. I think that’s where we’re headed.”

As Day and Harbaugh battle off the field right now in preparation for November’s matchup at Ohio Stadium, Harbaugh said that his relationship with Day is “professional,” and that they were cordial to each other at last year’s Heisman Trophy ceremony in which C.J. Stroud and Aidan Hutchinson were both finalists.

Despite that, Harbaugh declined when asked to expand on his comment following Michigan’s win over Ohio State in which he said, “Some people were born on third and think they hit a triple,” likely in reference to Day.

“I have no comment about that at this time,” Harbaugh said to end his time with media.