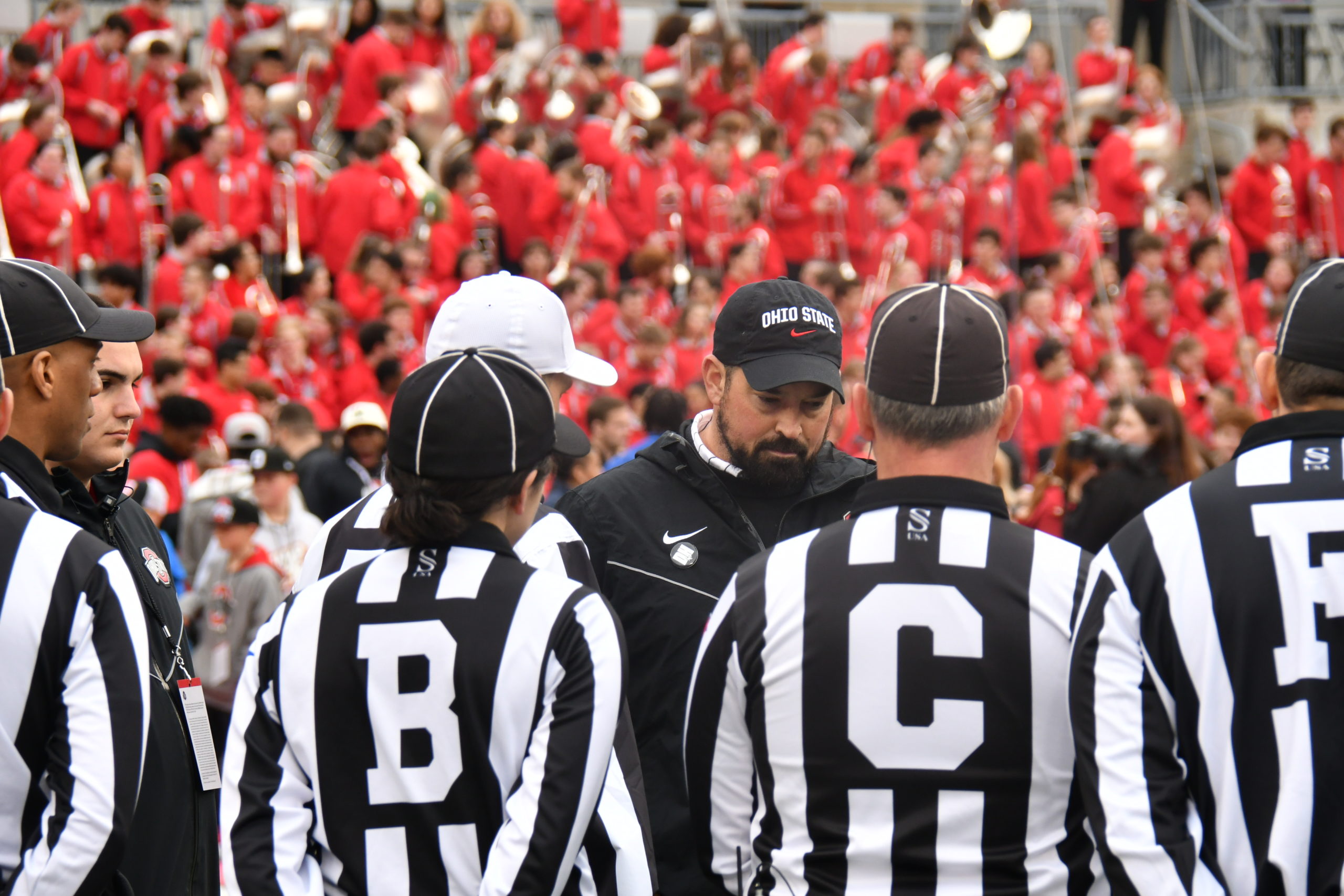 Ohio State held a name, image and likeness panel discussion on Thursday, and according to a report from Cleveland.com’s Doug Lesmerises, head coach Ryan Day told those in attendance that it will take $13 million per season in NIL money to keep the Buckeyes’ roster together.

These comments were featured as part of a 30-minute panel that included Day, athletic director Gene Smith and senior associate athletic director Carey Hoyt, who oversees Ohio State’s NIL efforts. They spoke in front of local business leaders from Columbus who have a vested interest in Ohio State and NIL.

Though not clarified in the initial report, it is assumed that this money would be used for both incoming players and those already on the roster who could explore transfer options.

None of these are new problems within the college football landscape, but the allegations have recently reached a fever pitch.

“Unscrupulous characters are good at what they do, and it’s always been that way,” Smith reportedly said.

The most notable case thus far is Pitt-turned-USC receiver Jordan Addison, the reigning Biletnikoff Award winner who made waves with his transfer to the Trojans this offseason.

Though little evidence currently exists — and likely never will be given the difficulty of proving tampering — his former Panther coach Pat Narduzzi had alleged that new USC head coach Lincoln Riley reached out to Addison before he entered the portal.

It isn’t known yet if Ohio State’s players have been approached in a similar fashion, but Day seemed to imply Thursday that players are already dealing with overtures from other schools.

“One phone call and they’re out the door,” Day reportedly said. “We cannot let that happen at Ohio State. I’m not trying to sound the alarm. I’m just trying to be transparent about what we’re dealing with.”

And if Ohio State’s players are being contacted, Day’s price tag makes sense for maintaining the Buckeyes’ roster. Combined with the rising cost of a recruiting class — the market will eventually settle, but for now, top recruits are earning top-dollar amounts — it won’t be cheap to keep a solid 85-man roster together for the foreseeable future.

Day has said before that Ohio State had embraced these changes to college football. However, the university is still trying to balance between putting themselves at risk by getting too far ahead or potentially falling behind by not taking advantage.