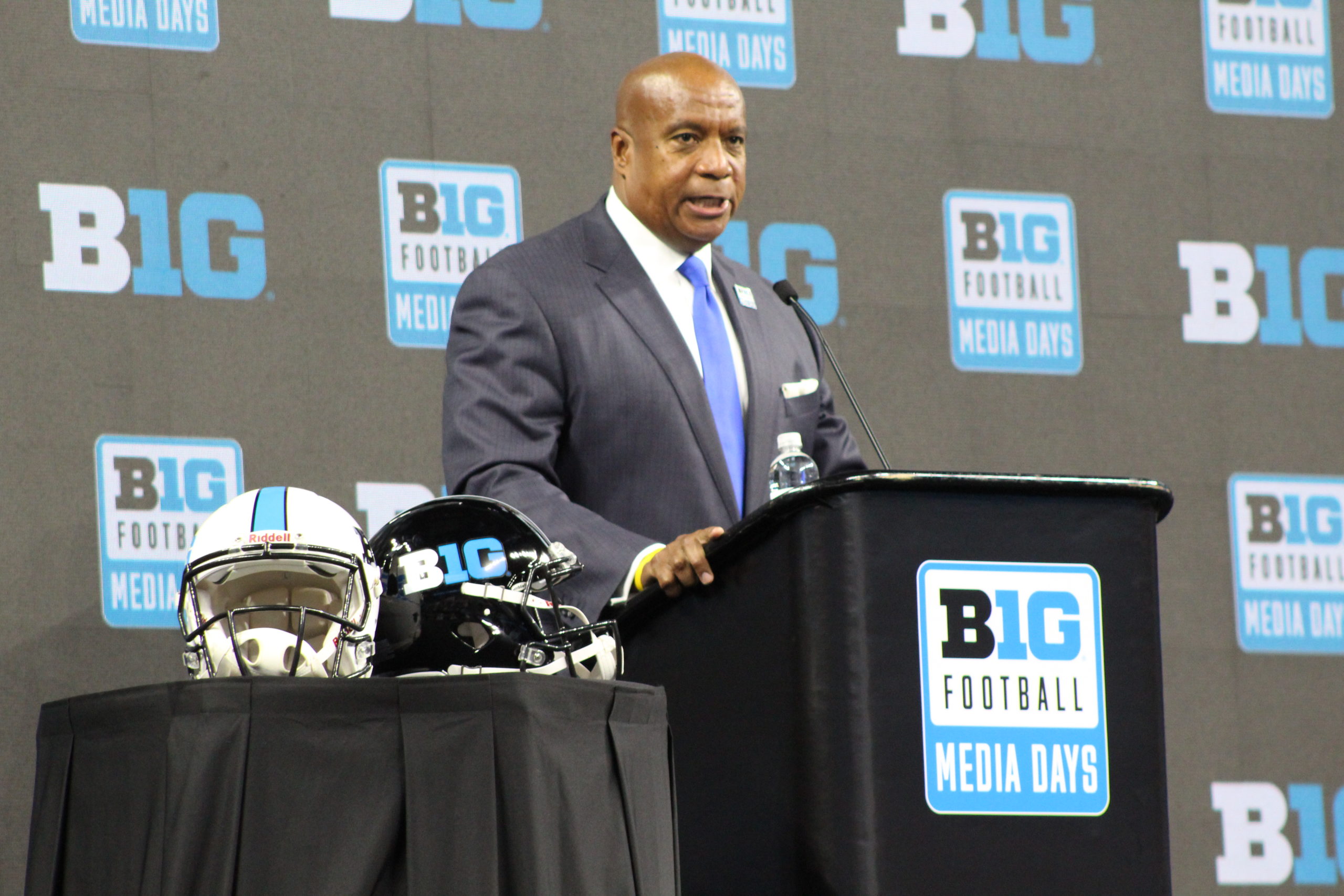 The college football world was flipped on its head on June 30 when USC and UCLA announced it would leave the Pac-12 and join the Big Ten in 2024.

Big Ten commissioner Kevin Warren emphasized his excitement to include the Bruins and Trojans in the conference’s ranks, but also laid out his thoughts on where his conference goes from here during Big Ten Media Days on Tuesday.

“These are two academic and athletic institutions and a strong location in Los Angeles with great rich history and tradition, who are innovative, who are forward thinking, who are bold, who will make us even stronger as a conference,” he said. “And I look forward to welcoming these two fine institutions into the Big Ten Conference, to working with them, to making our conference even stronger than it already is.

As the Big Ten prepares for a seismic shift by including the pair of Los Angeles-based universities, Warren emphasized that the conference will remain vigilant and aggressive when it comes to expanding.

“I get asked every single day ‘What’s next?’ It may include future expansion, but it will be done for the right reasons at the right time with our student-athletes, academic and athletic empowerment at the center of any and all decisions that we will make regarding any further expansions,” he added. “We will not expand just to expand. It will be strategic, it will add additional value to our conference, and it will provide a platform to even have our student-athletes be put on a larger platform so they can build their careers but also that they have an opportunity to grow and learn from an education and from an athletic standpoint.”

The addition of USC and UCLA now places Big Ten programs in each of the three largest TV markets in the United States — New York (Rutgers), Chicago (Northwestern) and Los Angeles (UCLA and USC). While the conference is in negotiations for a new TV deal, Warren said they are still working toward a deal but expects that decision soon.

In that same vein, Warren said the decision to add both USC and UCLA was not based fully based in finances but that those aspects will factor in themselves upon their official introduction to the Big Ten in 2024.

“We’re in four time zones, we will be in 2024: East, Central, Mountain, and West. So now we’ll be able to provide content all the way from the morning into the night and lead into some really incredible programming,” he said. “So I think the value of being across four time zones for multiple reasons is really important. We haven’t finalized the financial impact, and ironically this probably will shock you, the numbers and finances associated with it are typically the last thing that I kind of consider and analyze. It’s important for me from a business standpoint, but from a decision-making process standpoint, always look at all the other reasons why because, if all the other reasons make sense, the finances will take care of themselves.

“I’m looking forward to building a brand to be fortified and strong from Los Angeles to New Jersey and everywhere in between,” he continued. “It will be an exciting time, busy time for these next two years.”