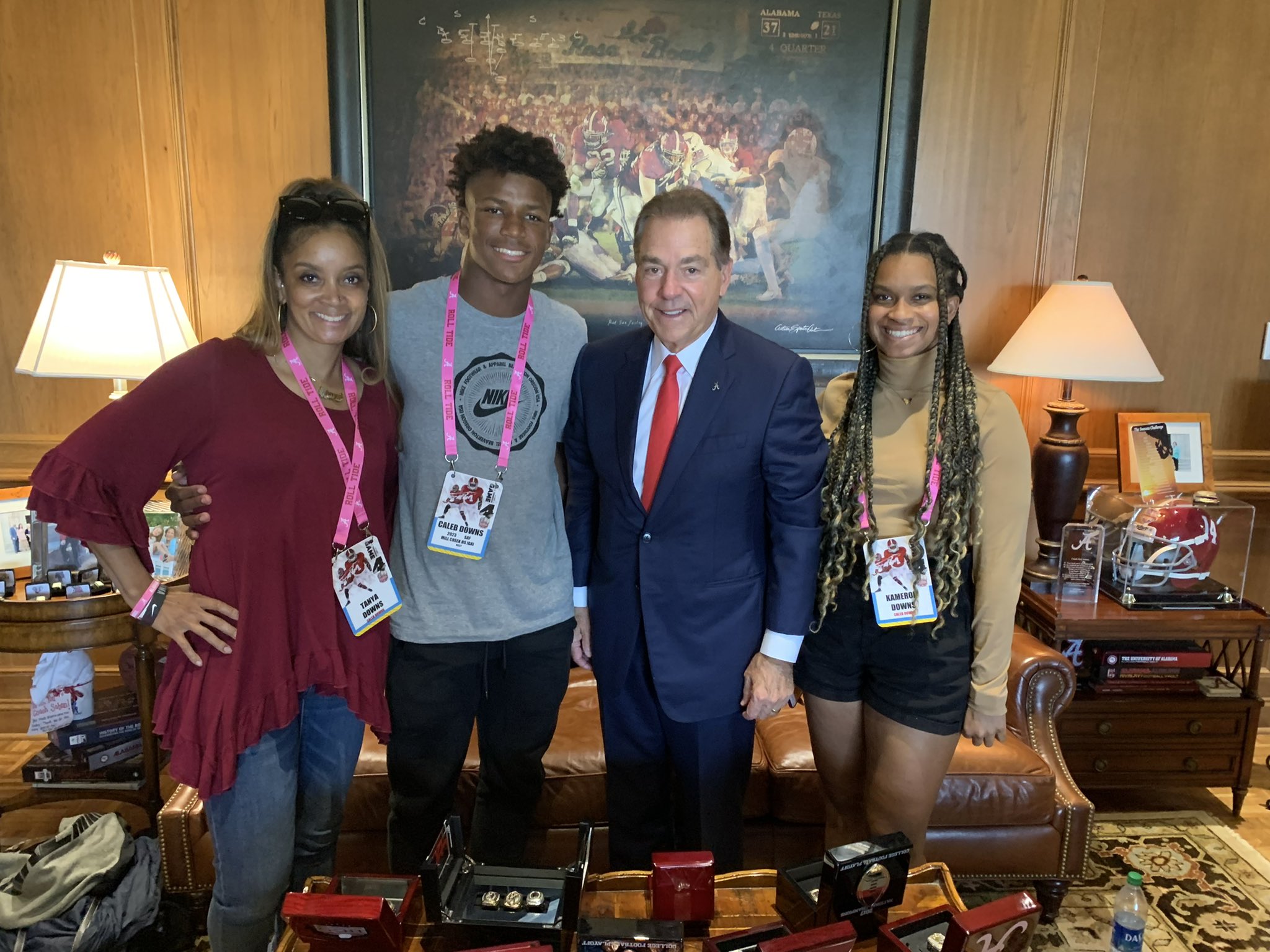 Ohio State’s top remaining target in the 2023 recruiting class is now off the board as Hoschton (Ga.) Mill Creek five-star safety Caleb Downs (6-0, 185) committed to Alabama on Wednesday.

Downs is the No. 12 overall prospect in the class as well as the top safety and top prospect out of Georgia, where the Crimson Tide had to fend off a who’s who of recruiting powers, including Clemson, Georgia, Notre Dame and Ohio State.

Downs was offered by Ohio State in February of 2021 and camped with the Buckeyes that summer before making return visits last season and this past spring. He took his official visit to Ohio State the weekend of June 24, his final official visit after taking trips to his other top schools in June.

Ohio State’s recruitment of Downs was challenged after Day retooled the defensive staff following last season, meaning the majority of coaches that originally recruited Downs were no longer on staff. The new staffers – specifically secondary/cornerbacks coach Tim Walton and safeties coach Perry Eliano – worked feverishly to make up for lost time with Downs, but it was not enough to convince Downs to join the Buckeyes.

According to 247Sports, Downs – with a player rating of .9945 – would have been tied for the 16th highest rated recruit in Ohio State history, as well as the top safety to ever commit to the Buckeyes.

Downs’ commitment to Alabama leaves Ohio State with just two safeties in the class in West Chester (Ohio) Lakota West four-star Malik Hartford (6-3, 175) and Cocoa, Fla., four-star Cedrick Hawkins (6-0, 175). Ohio State has one remaining target at safety in Jersey City (N.J.) St. Peter’s Prep four-star Jayden Bonsu (6-2, 205), as Bonsu was set to announce last week but pushed his decision back, which could signal a positive shift for the Buckeyes’ odds to land him.

Even with Downs’ spurning Ohio State, the Buckeyes still hold a slight lead over Notre Dame in lead in the 247Sports team rankings for 2023. Ohio State has a team score of 286.29, just ahead of the Fighting Irish at 285.56.